Braedyn Locke Committing To The University Of Wisconsin?

The Wisconsin Badgers are fresh off of hosting former Mississippi State and Rockwall (Texas) 4  QB Braedyn Locke for an official visit to Madison this past weekend.  Locke was heavily recruited by Mike Leach, Mississippi State’s previous head coach who unfortunately passed away December 12th after complications from a heart condition.  Locke made the following announcement regarding entering the transfer portal:

“I want to say thank you to everyone that made this past year at Mississippi State possible for me,” Locke wrote in a tweet. “I love my teammates and I’m so grateful for my time and experience in Starkville.”

The Badgers are currently “100% predicted” to land the four-star talent: 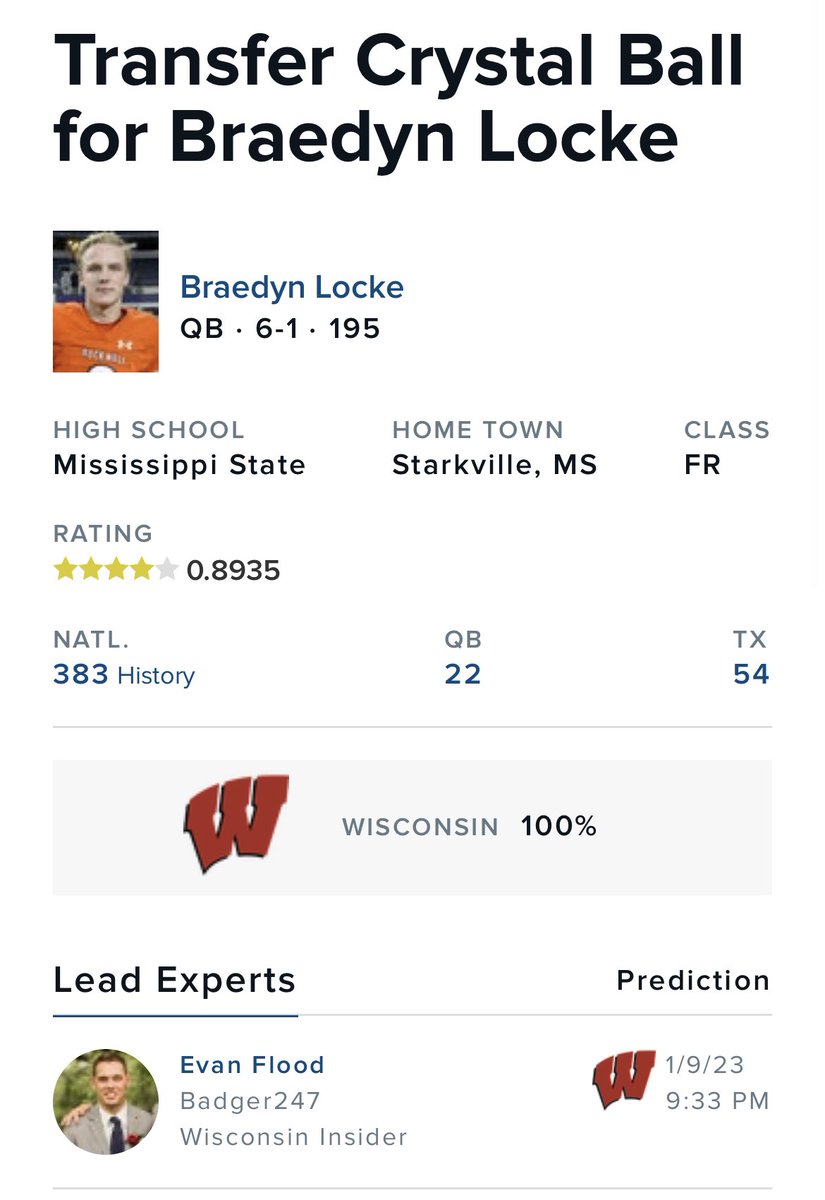 Locke joined MSU out of Rockwall High School in Rockwall, Texas. He did not play this past season and received a redshirt.  Locke was a four-star recruit, rated as the nation’s No. 22 quarterback and the state’s No. 54 prospect by 247Composite for the Class of 2022.  He stands 6′ 1″ and is 195 pounds.