Wisconsin looks to put their previous loss to Rutgers behind them as they head to New Jersey Saturday evening. After their 73-65 to the Scarlet Knights, the Badgers have been on a roll. Winners of three straight, Wisconsin heads to Jersey Mikes Arena much like Rutgers did in Madison nearly two weeks ago.

The Badgers are coming off their latest victory over Minnesota Wednesday evening. Although it came down to the end, Wisconsin left Williams Arena victorious defeating the Golden Gophers 68-67. The Badgers were led by sophomore center Steven Crowl with a career high 20 points also grabbing seven rebounds. Sophomore guard Johnny Davis and junior forward Tyler Wahl added 12 points each. With the victory the Badgers move to 22-5 on the year and 13-4 in conference play.

For Rutgers, they’ve seem to hit a bump in the road. After winning four consecutive games, all against ranked opponents, the Scarlet Knights have dropped their last two games. Most recently the Scarlet Knights were defeated by short handed Michigan 71-62 in Ann Arbor. Rutgers was led by senior forward Ron Harper Jr. with 19 points and eight rebounds. Sophomore center Clifford Omoruyi also provided 17 points. The Scarlet Knights are now 16-11 on the year and 10-7 in conference play.

Wisconsin is set to play at 5:00pm in Piscataway. Fans can catch the game on the Big Ten Network. 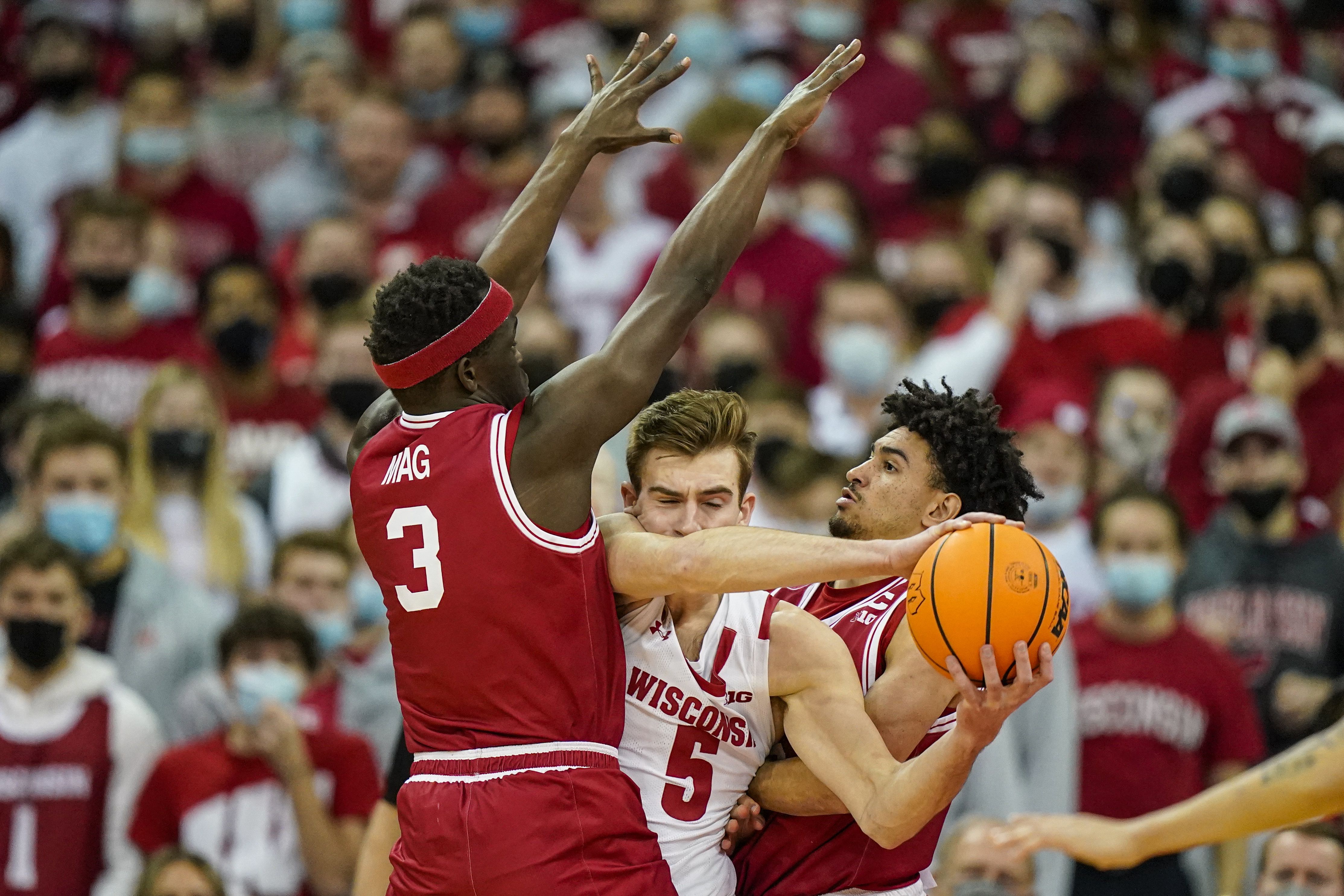 Looking back to the matchup on February 12th, there was a few different things that stood out. First, Wisconsin played a poor opening half. Although down just three points heading into the break, the Badgers seemed out of sorts. Giving up numerous offensive rebounds, missing free throws, and poor three point shooting all played into Wisconsin’s poor half.  For me, it was almost as though Rutgers just wanted the game more. They fought to get every 50-50 ball and played with energy. This isn’t the first time Wisconsin has looked slow in the first half of games. However late in the season, that has to change.

Another issue the Badgers had was the struggles containing Rutgers on offense. It was quite the offensive performance for the Scarlet Knights. As a team they shot 51% from the field as well as shooting over 58% from three point range. Add in 16 made free throws and Rutgers had complete control. Although strong defensively, Wisconsin had stretches where Rutgers had no issue getting inside the paint. From there Rutgers was able to score around the block, swing it outside for a three, or get to the free throw line. 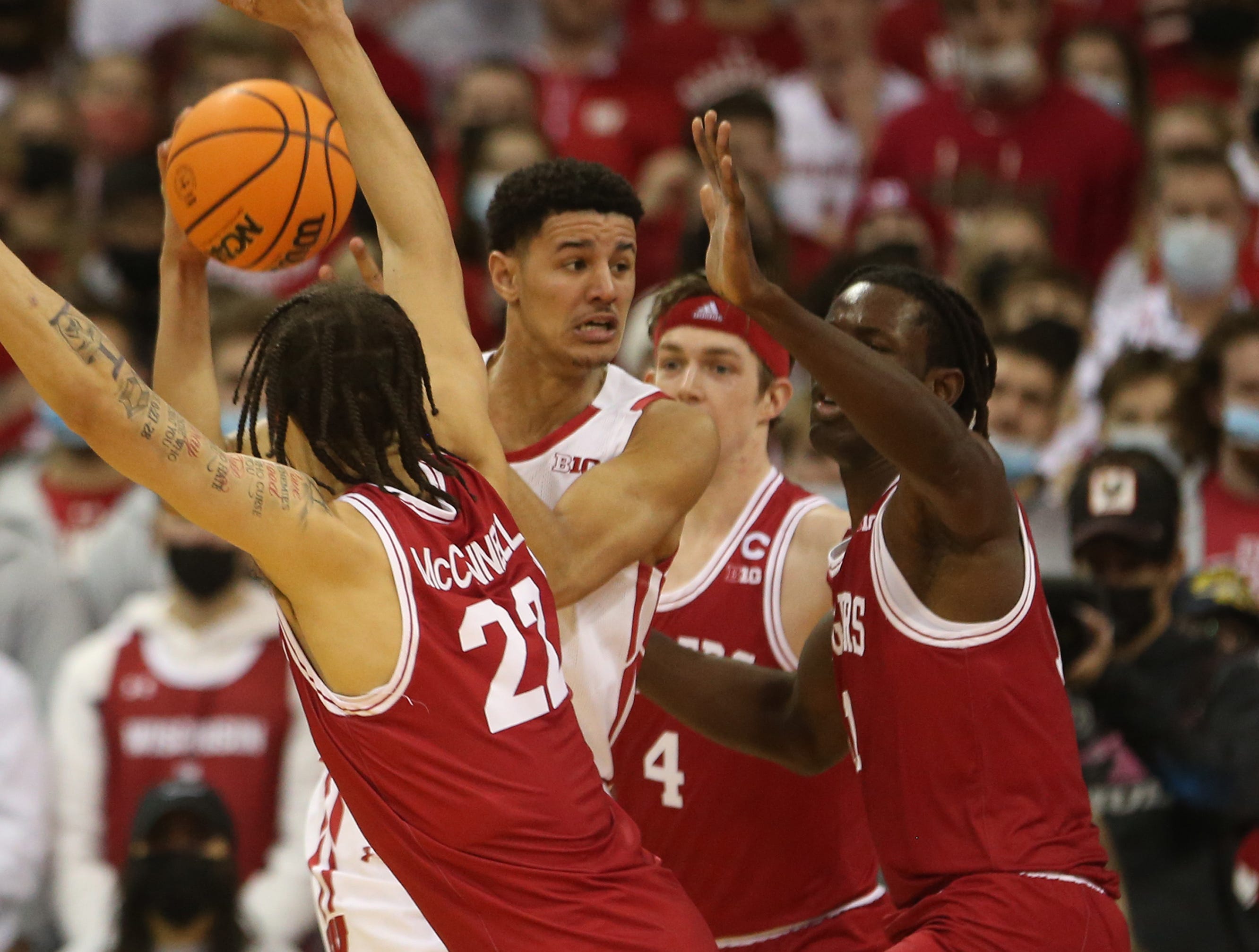 Lastly, the Badgers went cold from long distance. Although Wisconsin isn’t a strong three point shooting team, it’s certainly provided a lift when needed. Against Rutgers, it most certainly was needed. However the team would make just four three’s all game and became too reliant on it hitting. Numerous times this season when the Badgers have gone cold they have tried to outshoot their cold streak. Sometimes they find other ways to score, sometimes they let things slip. Against a hot Rutgers team, they let one slip by.

What Wisconsin Needs on Saturday

Even though it wasn’t their best game, Wisconsin did have a couple of positive things come from it. Tyler Wahl provided 23 points in the game as well as a solid game from Steven Crowl. The Badgers have looked strong inside in their three game winning streak. But the three point shooting has been troubling.

Wisconsin hasn’t made more than six three pointers in a game since they did back on February 8th. The Badgers also haven’t shot over 40% from three point range in game this entire month. The last time they did was back on January 27th against Nebraska.

One clear reason is the slump from Brad Davison. In his last seven games, Davison is shooting just over 20% from long distance. Although he’s provided in other ways, it’s created a difficult void in Wisconsin’s offense. It’s not all on Brad. The team as a whole hasn’t shot the three ball well of late but Davison provides the biggest contribution. If he can unlock his mid season form, it would most certainly lift the Badgers not just Saturday but into post season play. 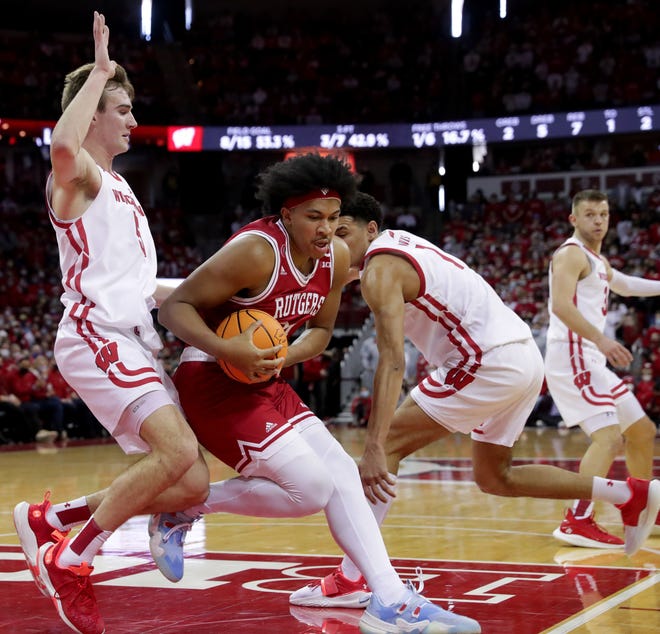 Another key for Wisconsin is to limit Rutgers inside scoring. The Scarlet Knights are one of the better teams in the country scoring inside. As mentioned in my previous preview, they thrive on attacking the rim and post up play. This is what made them so difficult to defend back on February 12th. Ron Harper Jr., Geo Baker and Paul Mulcahy seemed to do whatever they wanted. Even though it won’t be easy, the Badgers must find ways to cut off driving lanes throughout the game.

Right now Wisconsin is in control of their own destiny. With three consecutive victories to end the season, the Badgers would finish on top as Big Ten champions. Typing that seems crazy to even think about. For a team projected to finish 10th in preseason polling, a Big Ten championship is within reach.

However that starts with a win in New Jersey. Like other Big Ten teams, that has been hard to come by. Rutgers has just two home losses this season, their last coming against Maryland back on January 25th. It also doesn’t help that Wisconsin has historically struggles against Rutgers in New Jersey. With just one on the road since they’ve joined the Big Ten, the Badgers have a long way to go to correct their record in Piscataway. Although the historical struggles, Wisconsin has been pretty impressive this year on the road. In fact the Badgers have a better record on the road than they do at home this year. However that may be, Wisconsin will have their hands full. 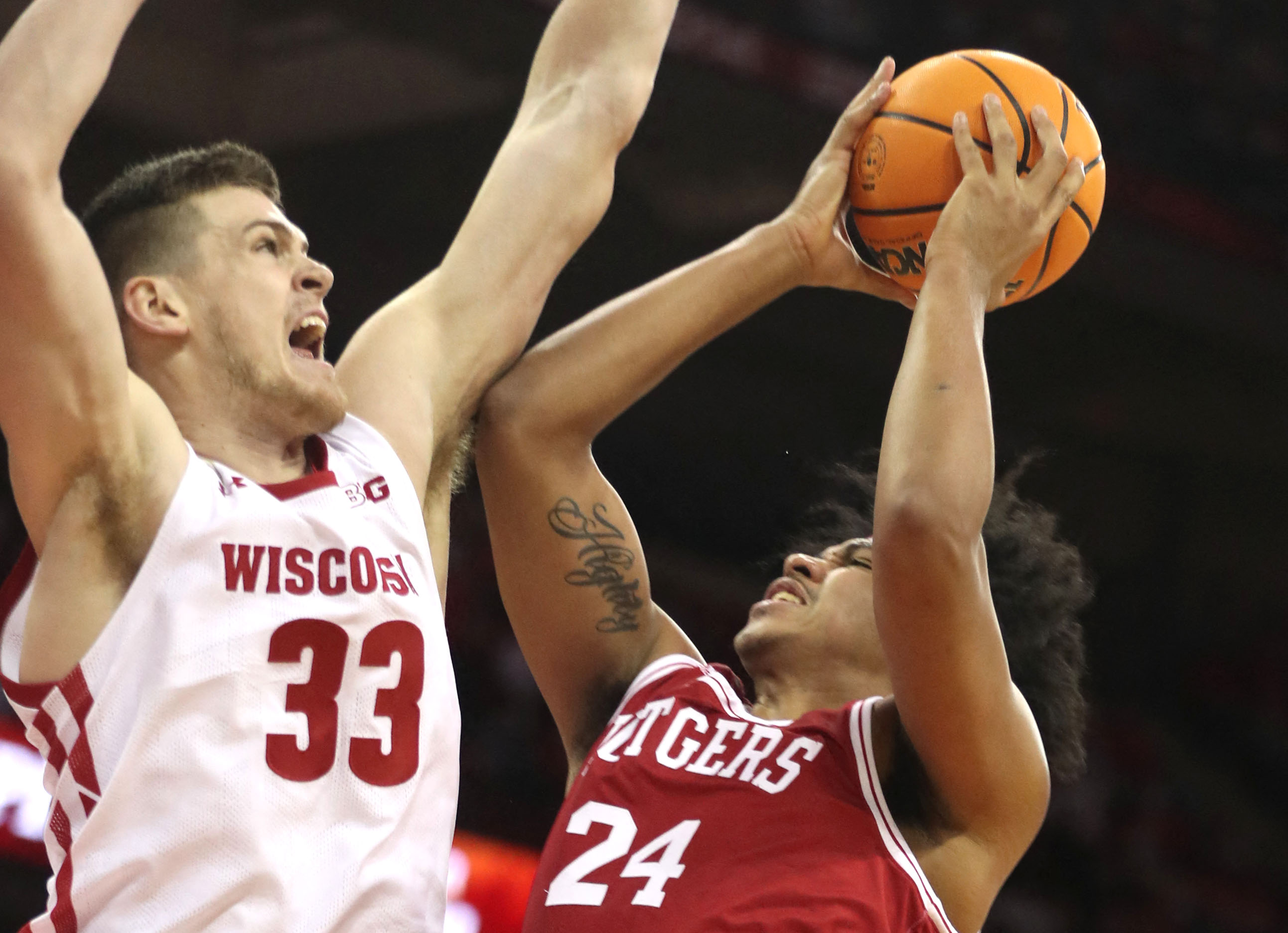 So what is this game going to come down to? Like most of their games, it will be how the Badgers perform down the stretch. The Badgers will need to do the little things to keep them in it (rebounds, post scoring, etc.) but primarily finish the game like they have previously. Johnny Davis will be a key as well. Davis is scoring over 22 points per game on the road this season. If he can deliver yet again another stellar performance, it could be the difference of walking away with a victory. With all of this, give me the Badgers with a narrow victory on the road.