The Wisconsin Badgers defeated Army tonight at Camp Randall Stadium 20-14. To say this was an ugly win is an understatement. However, with the difficult triple option offense Army runs, it’s a tough game to prepare and defend. Here are my post game thoughts from tonight’s game.

Leo Chenal Is An Absolute Stud

We all knew the physical strength Leo Chenal possessed when he first stepped on campus. He’s taken that strength on the field and has turned into a very good linebacker. He was the player of the game tonight with 17 tackles and a forced fumble.

Chenal would line up over the the center and guard and bull rush the quarterback. Multiple times, he was in the face of the Army quarterback. He was also part of a sack and fumble that would lead to a Badger touchdown and to make the score 20-7, which would ultimately be the game winning score.

Leo Chanel with a sack and forced fumble recovered by the #Badgers. Ball on the Army 1 yard line as Wisconsin looks to close the door

Speaking Of Studs…Braelon Allen Will Be One As Well 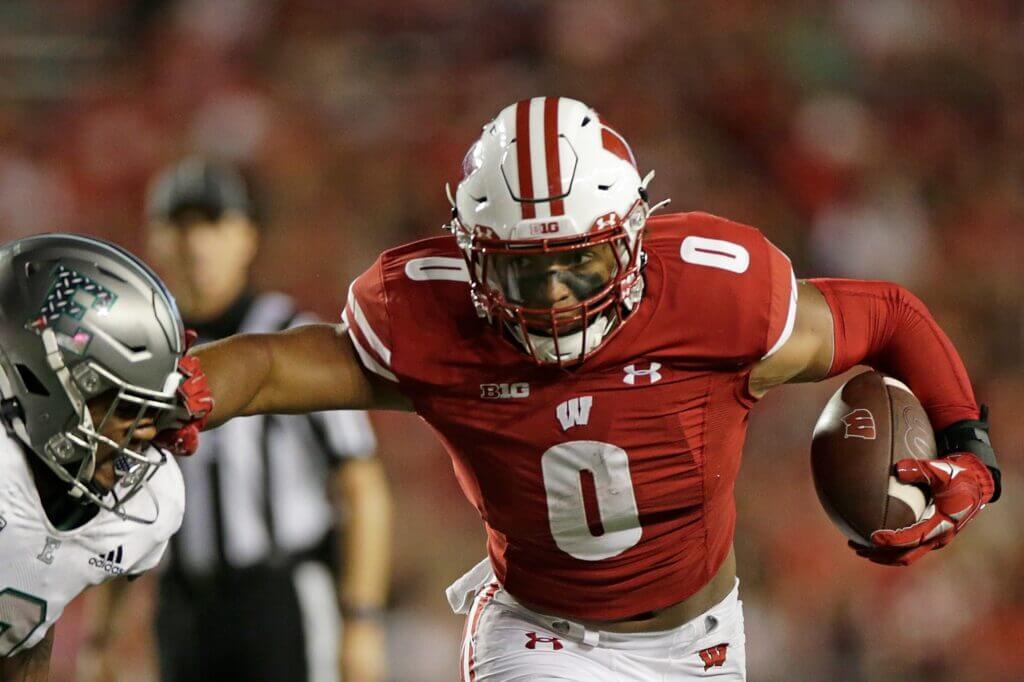 How about these last two weeks for Braelon Allen? This is a 17 year old freshman running back who really is senior in high school. However, he re-classified in order to be a member of the 2020 class. Allen had an encore performance from last weeks stellar performance against Illinois. He finished tonight with 16 carries for 108 yards and a touchdown.

I really like this running back combo of Chez Mellusi and Braelon Allen. While Mellusi was quiet tonight, he still had 16 carries for 66 yards. That’s a not a shabby stat line either. It has not mattered who the lead back has been. Wisconsin has two running backs that can carry the load any game. It’s the closest we’ve seen to a traditional running back room at Wisconsin in a long time.

The Play Calling Continues To Be Questionable At Best

Is it the quarterback? Is it the head coach? I’ve always said it’s been both. However, the play calling of Paul Chryst continues to be a head-scratcher. Quarterback Graham Mertz completed six of his first seven passes, but then two of his last eight passes. Most of these throws and plays were questionable at best. The throws looked to be too difficult and not simple enough.

Those kinds of throws are concerning.

You have great protection. Time to survey field. Not only is Mertz inaccurate, but he's throwing into double coverage.#Badgers

I believe Paul Chryst is trying to make life easy on Graham Mertz. However, we continue to see too many difficult throws, especially when the Badgers have solid play makers in Pryor, Davis, and Ferguson, Put the ball in their hands and let these three seniors make plays.

I have run out of reasons to defend Paul Chryst's play calling.

The Badgers will need Graham Mertz to win them a game if they want to win the West. Right now, I don’t think they can do that. There is just too many question marks between the quarterback and play calling. This needs to be addressed and fixed. For example, Braelon Allen did not receive a carry in the third quarter. There is no excuse for that.

Yes that is correct. You are reading this right. At 3-3 and a 1-2 record in the Big Ten, The Wisconsin Badgers can play in the Big Ten Championship if they win out on the schedule. The schedule isn’t as difficult as they won’t see three top 10 teams anymore. However, these next two games we will know everything we need to know.

After Purdue defeated #2 Iowa today, Wisconsin’s next two games are at Purdue next Saturday and home against Iowa the following week. These could be the two best teams in the West right now. Wisconsin has played a difficult enough schedule to prepare themselves for these games. There is still a ton to play for this season.

Don’t let this win tonight discourage you. Playing Army is difficult enough. Only having a week to prepare for them is even tougher. It wasn’t pretty, but the defense carried the win tonight. It will need to the rest of the way.