Robert Tonyan took the fantasy football community by storm in 2020. The fourth year tight end was projected to be as low as third on the Packers depth chart. Instead, Tonyan became one of Aaron Rodgers’ favorite and most reliable targets this past season. With the quality of tight ends spread around the NFL, one discussion that can be made is whether or not Tonyan is a top five  ranked tight end coming into next season. Let’s take a look at both side of the argument: 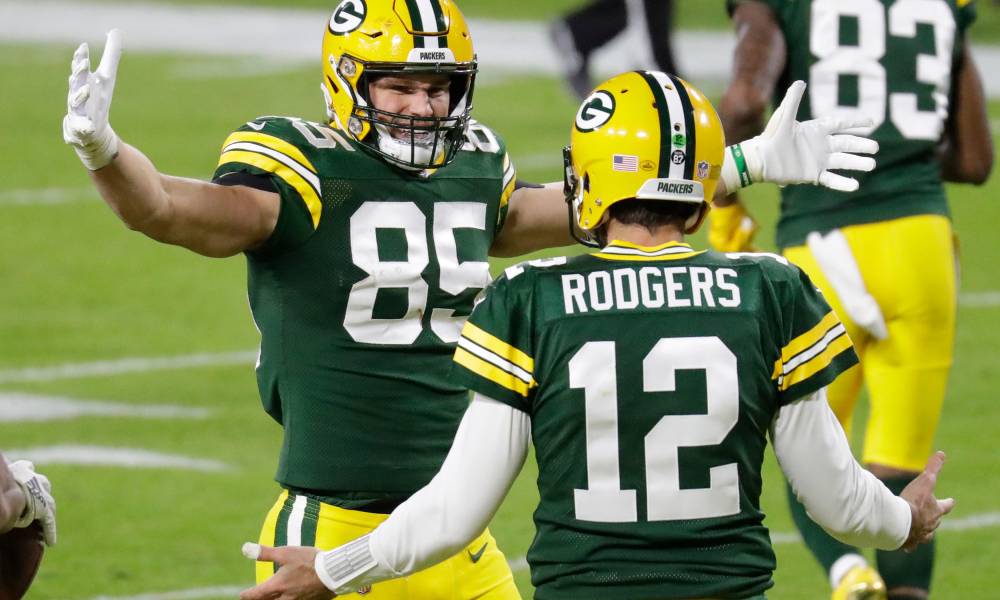 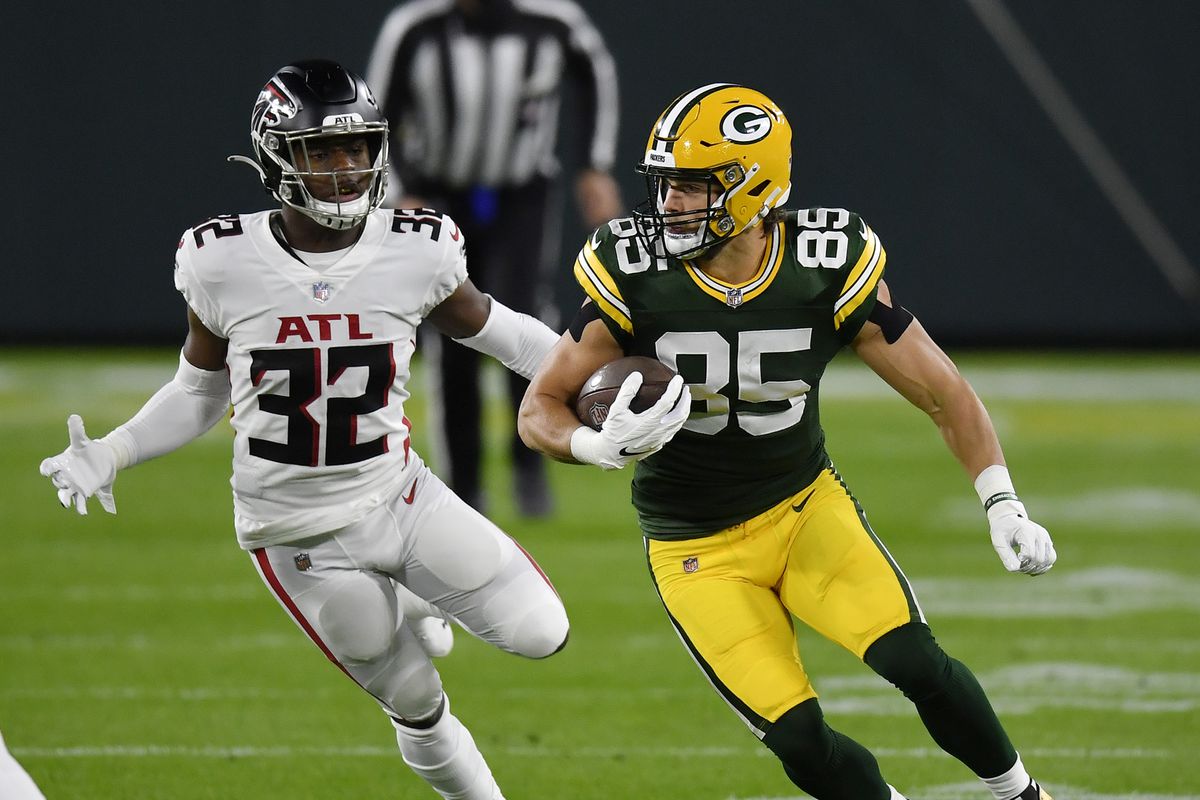 The statistics were not the most consistent for Tonyan this past season. However, when a tight end has the trust of Aaron Rodgers, that can go a long ways in developing and improving young players’ talents. This year was Tonyan’s first season of seeing consistent playing time and he definitely took advantage of his opportunities. Other tight ends in the NFL such as TJ Hockenson and Evan Ingram had more flashy statistics. Their level of quarterback talent. however, does not even come close to what Robert Tonyan has. Davante Adams will still be the top target in Green Bay. But, Robert Tonyan is on the right track to prove why he can be put in the conversation of being a top five tight end in fantasy football rankings next season.

Tonyan is Not a Top Five Tight End 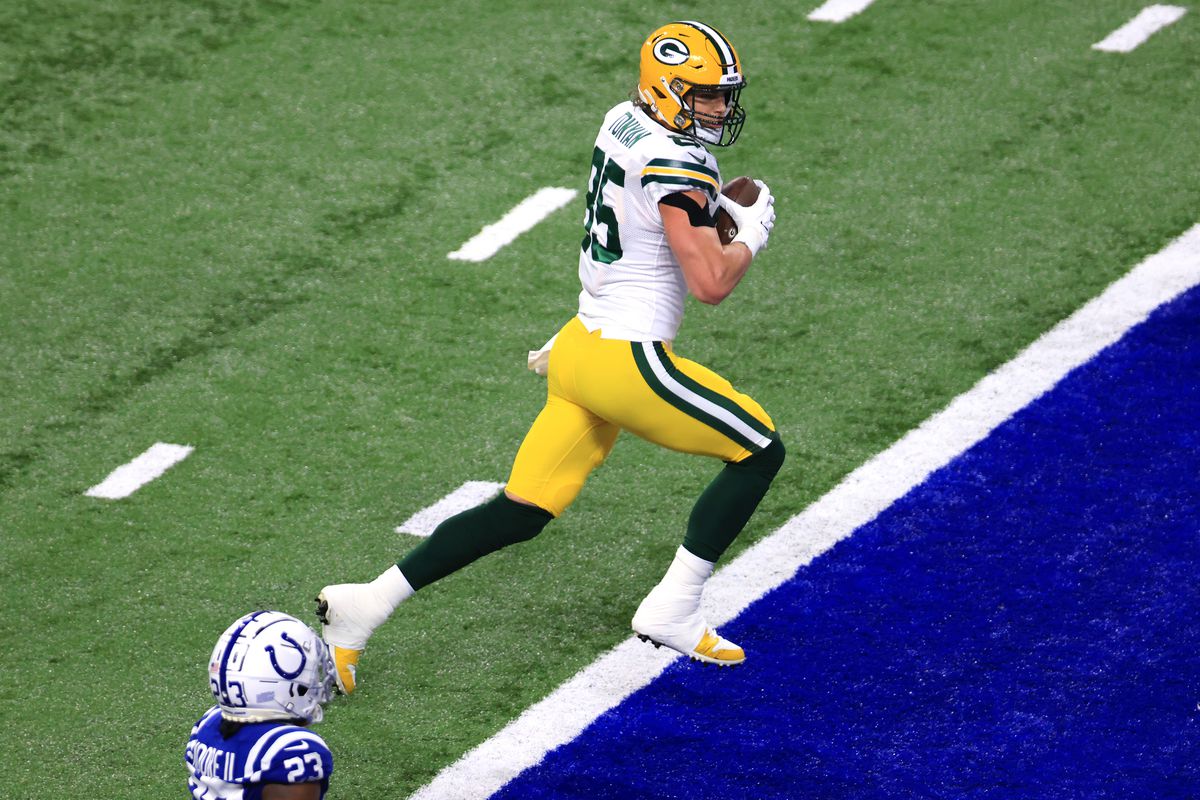 Unfortunately when it comes to determining rankings in fantasy football, statistics are everything. Although Tonyan had one of best seasons we have seen from a Packers tight end in several years, the season statistics do not quite correlate to a top five caliber player. One area that can be improved are ‘Yards per Game’ as Tonyan’s average was 36.6. To Tonyan’s credit, he was tied with Kansas City’s Travis Kelce for the most touchdown receptions in 2020 with 11. Additionally, there is a chance that Tonyan can improve tremendously in 2021, but there is also the chance that he can decline. Because of one only full season to go off on, fantasy owners might pump the brakes on making Tonyan a lucrative and coveted pick this coming season.

There is no doubt the ceiling is high for Robert Tonyan. The 27 year old tight end still has a bright future in the NFL. Top tight ends such as Travis Kelce, Darren Waller, and George Kittle will still be at the top of the tight end position for years to come. TJ Hockenson and Mark Andrews are still putting up consistent numbers every year. Robert Tonyan can for sure be a top five tight end in the next five years. Robert Tonyan would best be ranked outside the top five, but still a top 10 tight end in the NFL.