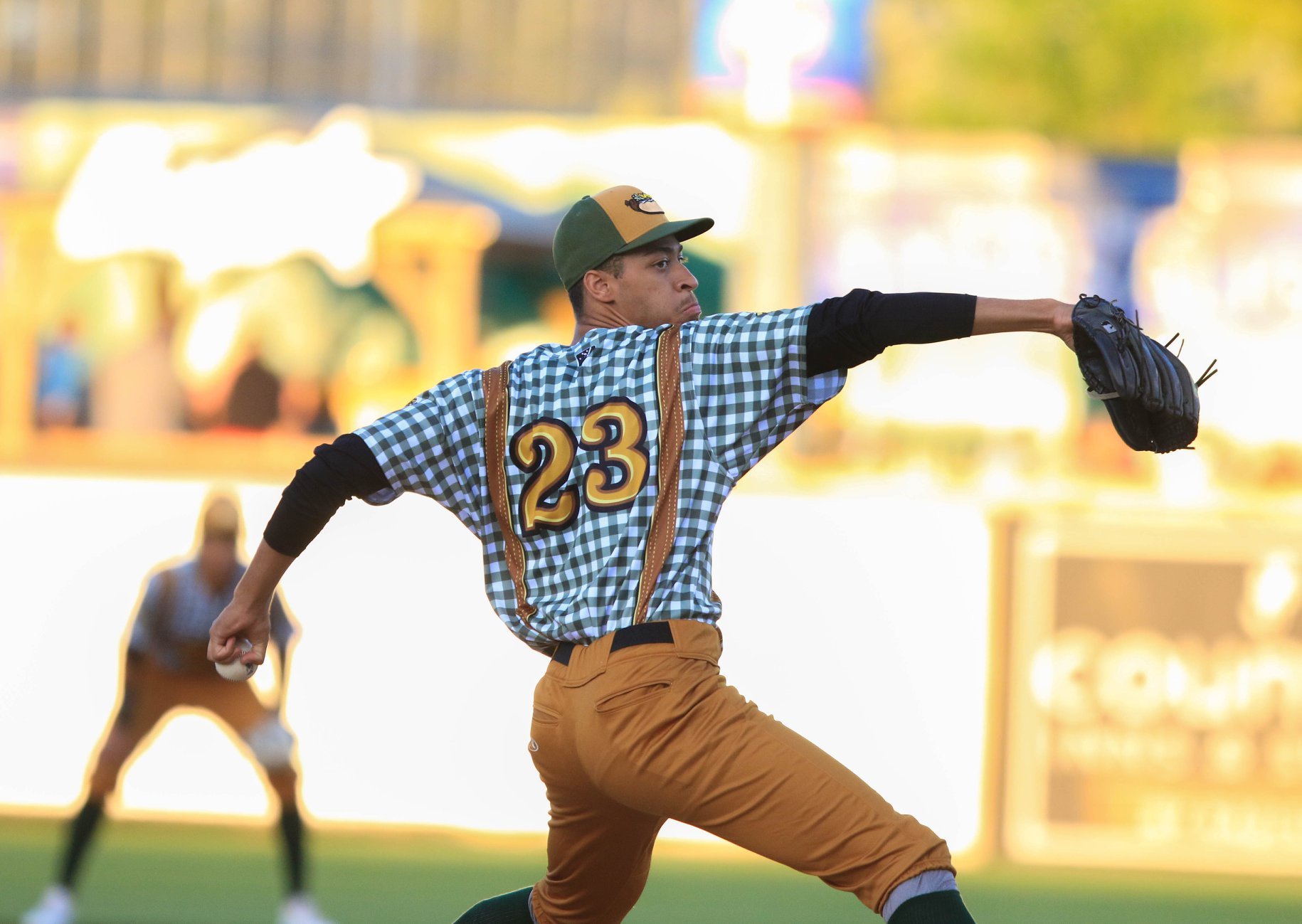 Imagine digging into the batters’ box.  60 feet away on the mound is a six foot six southpaw that can touch 100 miles per hour on the radar gun.  Sounds a bit Randy Johnson-esk, doesn’t it?  Well, minus four inches.  However, that is what the Brewers expect opposing hitters will face once Antoine Kelly reaches his potential.

Antoine Kelly was selected by the Brewers in the second round of the 2019 draft.  After signing, Kelly went to pitch for the Brewers’ rookie-level Arizona League.  There, he racked up 41 strikeouts in just 28.2 innings.  Amazingly, he primarily used his fastball, blowing hitters away with his velocity.  Afterwards, he struggled in one start with the Wisconsin Timber Rattlers.  He ended his first brief stint in pro ball with a 2.84 ERA and 1.11 WHIP.

As of 2020, Antoine Kelly’s fastball clocks in between 94-98 miles per hour.  As he develops and tweaks his delivery, the Brewers believe he will be able to hit 100 miles per hour.  He is still quite young, just 21 years old.  He is expected to start the season at Double-A with the Carolina Mudcats.  While there, he will work on developing his changeup and a slider.  The team expects him to make his Major League debut in 2022.

For More Thoughts on Antoine Kelly