Packers Training Camp: All You Need to Know about the Rookies All the rookies drafted or and signed, reported to Packers training camp on Friday, July 22. Despite losing some key players from 2021, the Packers project to have one of the best rosters in the NFL. The expected impact of several rookie players will be vital in maintaining a championship-contending roster. Here, I present the 11 Packers rookies in training camp and dive into their expected contribution to the team, if I think they will have any.

The Green Bay Packers selected two rookies in the first round, both defensive players from Georgia. It marked the ninth time in the past 10 seasons the Packers drafted a defensive player with their first overall pick. The lone time they did not, of course, was in 2020 when they selected Jordan Love. 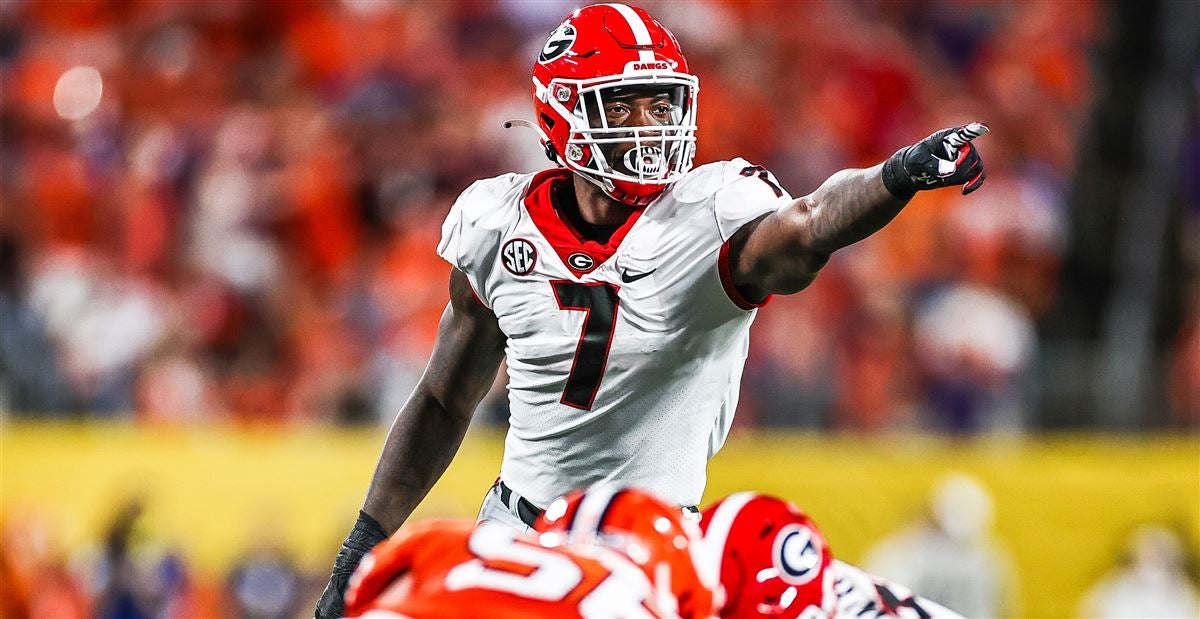 The inside linebacker is widely considered to be one of the best linebackers in the draft. This is certainly evident because he has the fourth-best odds of winning the NFL Defensive Rookie of the Year Award (+800). Walker is believed to be the projected second starting inside linebacker next to De’Vondre Campbell.

Just got back to the room anddddd I guess we’re watching some UGA film!

Devonte Wyatt may begin by coming off the bench in relief of Kenny Clark and Jarran Reed, despite being an interior defensive lineman with the potential to start on most teams.

Christian Watson is the highest-picked Packers rookie wide receiver since Javon Walker was drafted in the first round of the 2002 NFL Draft. Finally under contract, Watson will join the rest of the Packers’ wide receiver corps as it tries to make up for the loss of Davante Adams in free agency.

Watson is certainly very fast and is a very real downfield threat. His ceiling in the NFL is quite high, but he will need to overcome some drop issues that were on display during OTAs. There is a chance that Watson could start immediately for the Packers, but he will have to show better promise at Packers training camp than his fellow rookies, Allen Lazard, and Sammy Watkins, not to mention Randall Cobb and Amari Rodgers.

An interesting idea may be the use of Watson as a kick returner. This was a position of glaring weakness on the Packers special teams last season. Watson could provide some stability and production there. 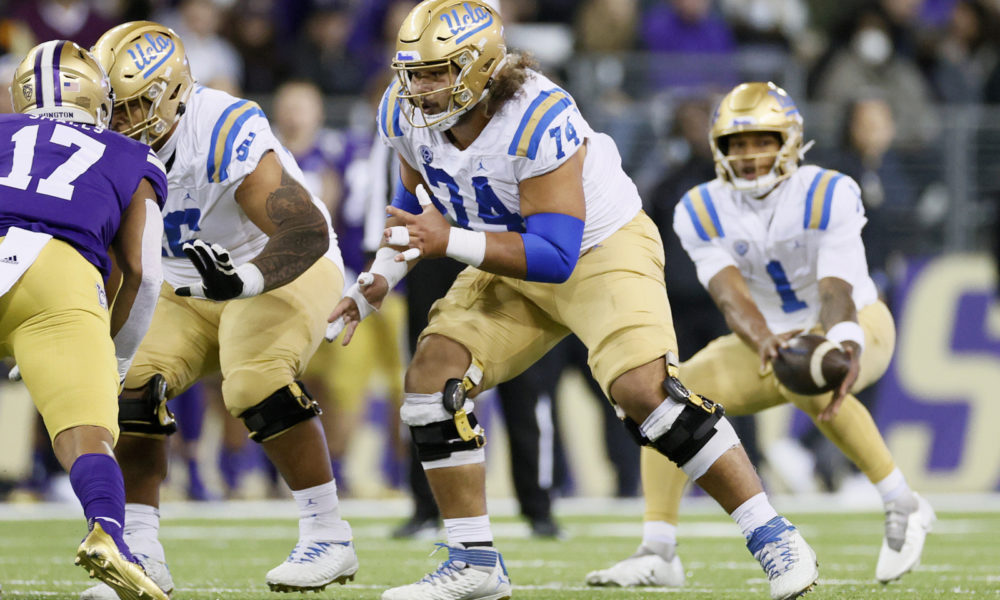 Packers rookie Sean Rhyan is the type of offensive lineman that offensive coordinator Adam Stenovich loves. He can play multiple positions and is very athletic for his size (6’4″ 321 lbs.). Rhyan received high praise in college for his ability to move well at the line and block well along the edge. Ian Cummings of Pro Football Network wrote of Rhyan:

“Rhyan’s combination of athleticism and raw power can be the subject of awe. Shockingly enough, his operational traits are sometimes just as impressive. Rhyan keeps his feet fast and active when anticipating attacks on the edge. He also keeps his elbows in when awaiting rushers, effectively maximizing his potential energy.”

Impressive display of athleticism and anchor while replacing his hands inside by Sean Rhyan. #UCLA pic.twitter.com/hv6V2LL9qv

As seen in the video above, Rhyan can be a virtual wall, impossible to move. However, his arm length (32″) can be a weakness that defenders in the NFL can exploit. He struggled against longer defenders who could break his anchors early in the play. For this reason, some scouts see him moving to guard in the NFL. Depending on the health of of players on the Packers’ offensive line in training camp, Rhyan could end up starting at right tackle or guard. However, if/once everyone is healthy, he may be a reserve.

After using their two picks in the first round on defensive players, the Packers focused on offense in the second and third rounds. That trend continued in the fourth round with the selection of another wide receiver and offensive lineman. 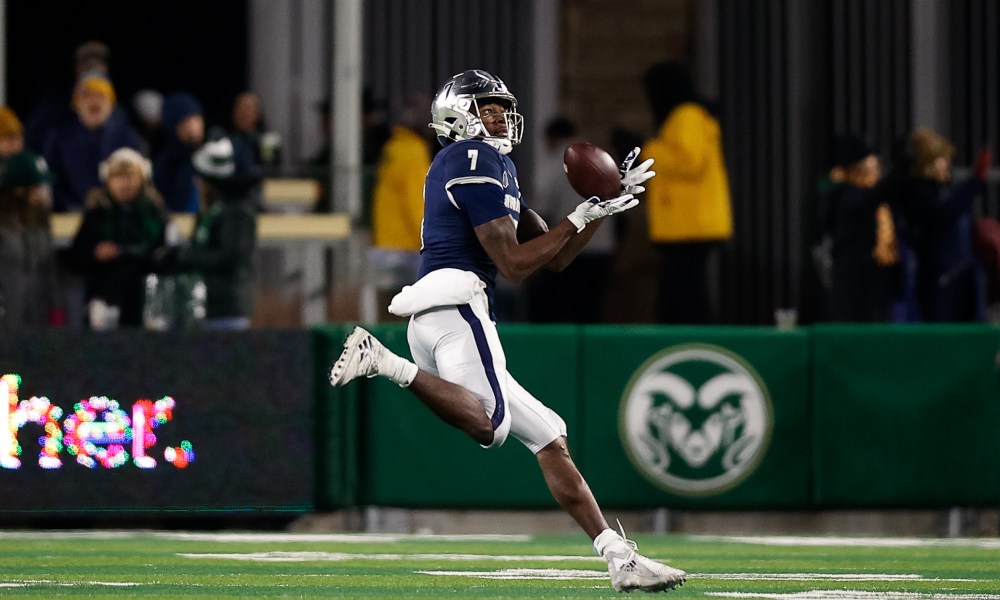 While Christian Watson has the higher ceiling, there are plenty of analysts who believe that fourth-round wide receiver Romeo Doubs will have a more immediate impact of the Packers rookeis. After all, Doubs played in a more pass-heavy offense than Watson and put up better numbers. Early in OTAs, it was Doubs who garnered much praise while Watson struggled with drops.

I think the #Packers got an absolute steal drafting Romeo Doubs in the 4th round at 132nd overall.

Doubs is coming off of back-to-back 1,000 yard seasons to go along with 26 career TDs.

Doubs can beat you deep and over the middle with no fear of catching balls in traffic. pic.twitter.com/Gp5k56RyCJ

The Green Bay Packers love offensive linemen who are agile on their feet and can play multiple positions. That is what they got in Packers rookie Zach Tom who played over 1,200 offensive snaps at Wake Forest. Tom was scouted well for his ability to time the snap and for maintaining his blocks within zone schemes.

As with most Packers rookies, Tom does have weaknesses. In his case, it is his lean and slender build. Tom tends to be pushed off of his anchor and into the backfield. Because of this, he is projected to be a swing backup with the potential to be a starter at some point.

Related: Offensive line being healthy is crucial for the Packers 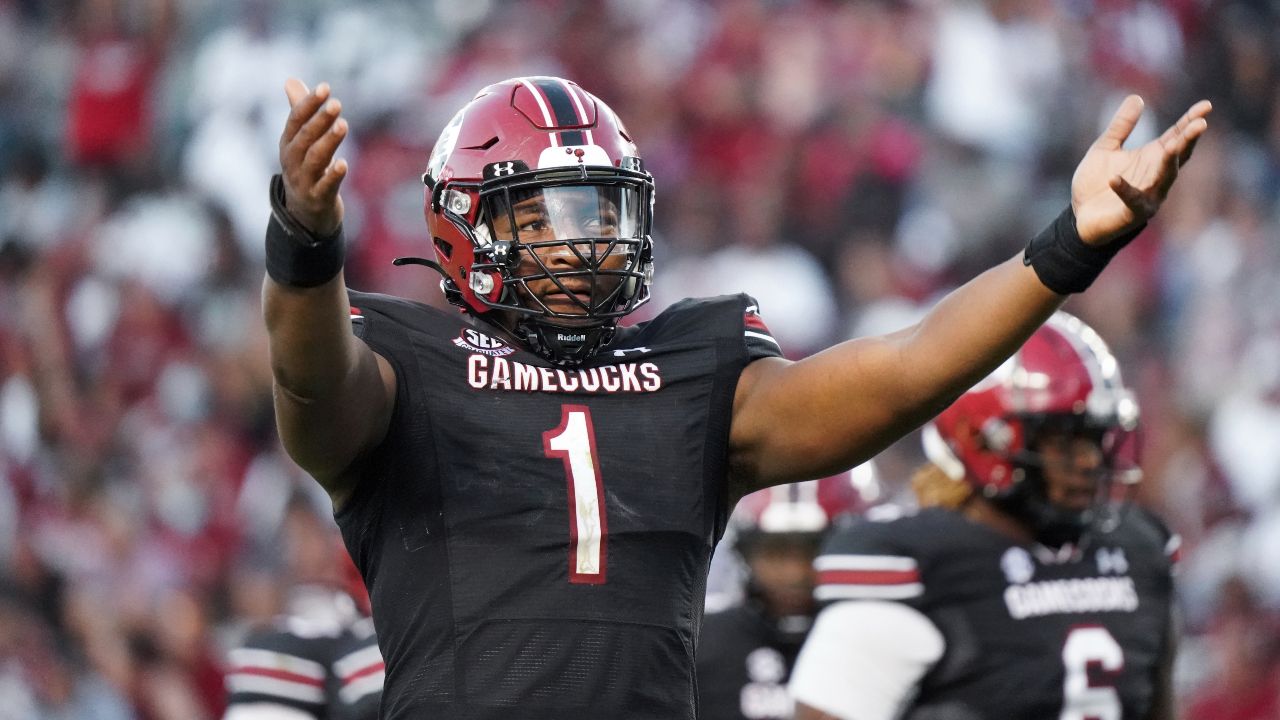 There were some surprising prospects who fell from the early round to the mid-to-late rounds. Kingsley Enagbare was one of them. The South Carolina product went into his senior season as a projected first round pick. However, according to Patrick Moore in a media session after the draft, a leg injury plus weight fluctuation led to his falling down many draft boards.

That said, Packers rookie Enagbare could end up as an absolute steal. While he will not start due to the presence of Rashan Gary and Preston Smith on the edges, he can become one of the best reserve edge rushers in the NFL. Clearly, he has the talent is evident by his early projection as a first-round pick. If Green Bay can help him with his weight during Packers training camp, and Moore believes they can, they could have a dangerous three-headed monster on at the edge position.

The Green Bay Packers drafted out of the sixth round to increase the number of overall picks they ended up with. As a result, Green Bay picked four times in the seventh round. The Packers rookies drafted in this round are projected to compete for special teams roles on the 53-man roster. 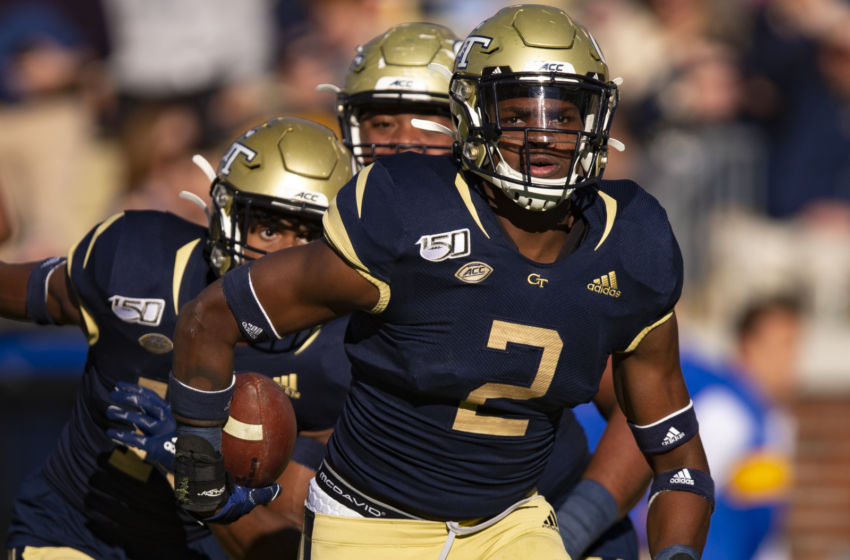 When the Green Bay Packers drafted rookie Tariq Carpenter, it was as a safety. However, back in May, Matt LaFleur announced that he would be moving to linebacker in a streamed interview on Twitter.

In fact, ESPN currently has Carpenter listed as the third left inside linebacker behind De’Vondre Campbell and Ty Summers. Now, as mentioned, Carpenter was drafted for his special teams potential. He does certainly have an excellent shot at making the roster in this role. However, Ty Summers is one Packers rookie that some analysts believe will be cut during Packers training camp. If that happens, and Carpenter performs well enough, he could see some defensive snaps at linebacker.

I said it before & I'll say it again – Gutey CRUSHED this draft.

Drafting Tariq Carpenter in the 7th round is a tremendous value. He has experience at both LB & S & will bring a ton of versatility to the Packers' defense & ST.

Just watch the energy he brings. It's infectious. pic.twitter.com/1iNhe5aBlc 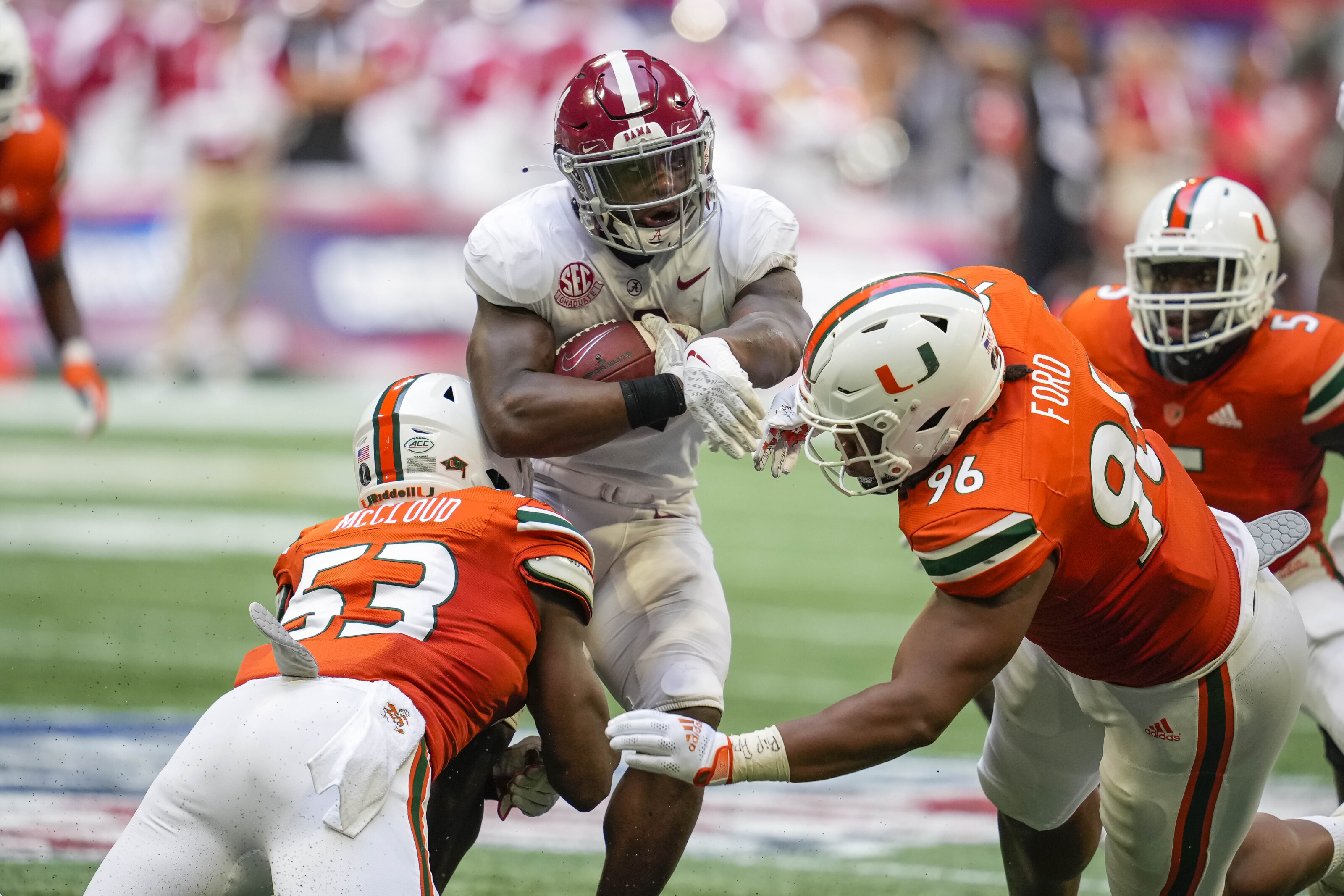 There was a time when the defensive line was labeled as a weakness of the Green Bay Packers. That is no longer true. Kenny Clark is a two-time Pro Bowler, while Jarran Reed signed with the team via free agency. Additionally, Devonte Wyatt will provide incredible production in the defensive snaps he is given. The Packers also have TJ Slayton and Dean Lowry, though Lowry is starting Packers training camp on the PUP list. Jack Heflin, too, is competing for a roster spot and performed well towards the end of last season. In short, Ford has an uphill battle to make the 53-man roster.

That isn’t to say he can’t make the roster. Ford earned praise from Sports Illustrated for how well he times snaps and for his sheer strength. On the other hand, he is not very quick and often plays too high. With Lowry on the PUP list, he does have a shot at the 53-man roster but will have to show some improvement to do so.

Related: Once a weakness, defensive line is now a strength for the Packers

Speaking of an uphill battle to make the roster, let us talk about Packers rookie Rasheed Walker. David Bakhtiari is not currently one of nine Packers players on the PUP list, meaning his return is more likely than not. Elgton Jenkins (ACL) should be the only Green Bay lineman unable to start the season. That means that Walker will have to compete with the likes of Yosh Nijman, Jake Hanson, Cole Van Lanen, and Royce Newman for playing time. Additionally, he will be competing with his fellow rookies Rhyan and Tom.

Walter Football scouted Walker as a good run blocker who moves well in space and finishes blocks. However, he struggles in pass protection and lacks several fundamental skills to succeed in the NFL.

Related: Expectations for every Packers rookie this season

Had Samori Toure spent the majority of his college career anywhere but Montana, he likely would have been a third-round draft pick. The term “steal of the draft” has been thrown around already about other draft picks, but it may be most true about Toure. He can line up wide or in the slot and make some very difficult catches. Toure may make the roster as a special teams player, but he may surprise and become a weapon on offense.

Of course, he would not be the first seventh-round Packers rookie to become a good receiver. Donald Driver, the franchise’s all-time leading receiving yards leader, was drafted in the seventh round in 1999.

Samori Toure is lighting Ohio State up ‼️‼️ Huskers back within 6 ‼️ pic.twitter.com/tdBh7oqJTE

Related: Evaluating the claim that the Bears have better wide receivers than the Packers