Green Bay suffered a quick exit at the hands of the San Francisco 49ers last Saturday night in the postseason. However, the Packers are remaining optimistic about their chances at retaining star quarterback Aaron Rodgers. Let’s take a look at some reasons why bringing him back would make sense.

The Packers have been spoiled by their consistent level of play at the quarterback position over the last three decades. Everyone focuses on the fact that there’s only been two championships between Favre and Rodgers over those thirty years. But that’s only because the New England Patriots went on a run, winning six titles in a 17 year span. They made it seem like winning a Super Bowl in the NFL is very easy to do, but it’s not.

There isn’t a quarterback-needy team that can give Rodgers the same amount of success he’s had in Green Bay. For three straight seasons, the Packers have won at least twelve games and made the postseason each year. Denver most likely wouldn’t be able to do that, even if they had both Rodgers and Davante Adams on their squad. Rodgers said himself he doesn’t want to be a part of a rebuild – with Green Bay or any other franchise.

The front office will be taking a long look at the financial options and will try and tie down most of Green Bay’s current roster if they intend on bringing Rodgers, because there’s simply no other other team in desperate need of a quarterback that will bring #12 the same success as he’s seen in Green Bay. It’s up to the Packers’ front office to make the cap situation work to “run it back” with Rodgers again.

Reason #2: Rodgers’ relationship with the team brass has improved immensely

Before the season started, rumors were running rampant about the possibility of Rodgers leaving Green Bay for greener (and possibly warmer) pastures. Now, that doesn’t seem to be the case. He’s said on multiple occasions that his overall relationship with the team’s front office (specifically GM Brian Gutekunst) has improved. So much so, in fact, that according to NFL insider Ian Rapoport via the Pat McAfee Show, Rodgers actually stayed in Green Bay for an extra few days after the Packers’ heartbreaking defeat to talk things over. Here is Rappaport’s full quote:

“Aaron Rodgers stuck around for a couple days [after the game] and worked with LaFleur and planned for the future… The Packers have cautious optimism that he’ll return.” 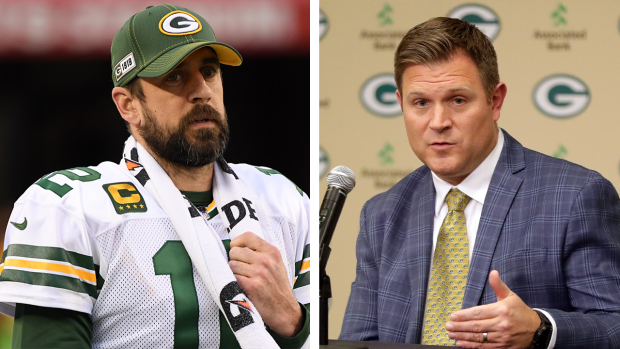 Now, a big wording note here is “cautious optimism”. Obviously, Rodgers knows his shortcomings in the playoffs haven’t gone over well with Packers fans. He knows his overall legacy will begin and end with championships. He knows winning at least one more before he heads into retirement would mean so much for it. Yes, this past year was probably his best shot at winning it all once again. But if Russ Ball can find a way to keep a majority of the team’s core players together, the window certainly remains cracked for another opportunity.

Jordan Love’s small sample size at quarterback (week one in garbage time against New Orleans and week eight against Kansas City, his first official start), really isn’t much to go off of from an eye test perspective. He looked shaky at times in the pocket and seemed very rushed early on against the Chiefs (a 13-7 loss in week nine). Love ended up going 19/34 for 190 yards, one touchdown, and one interception with a 69.4 passer rating. Certainly not gaudy numbers, but he did become more fluid and nimble in the pocket with his throws as the game went into the later stages.

With that being said, Love hasn’t shown he’s fully prepared to take over the offense quite yet. That’s not to say that he couldn’t become a better player with more in-game experience and reps. However, as it stands now, the Packers as a whole stand a better shot at winning with Rodgers. 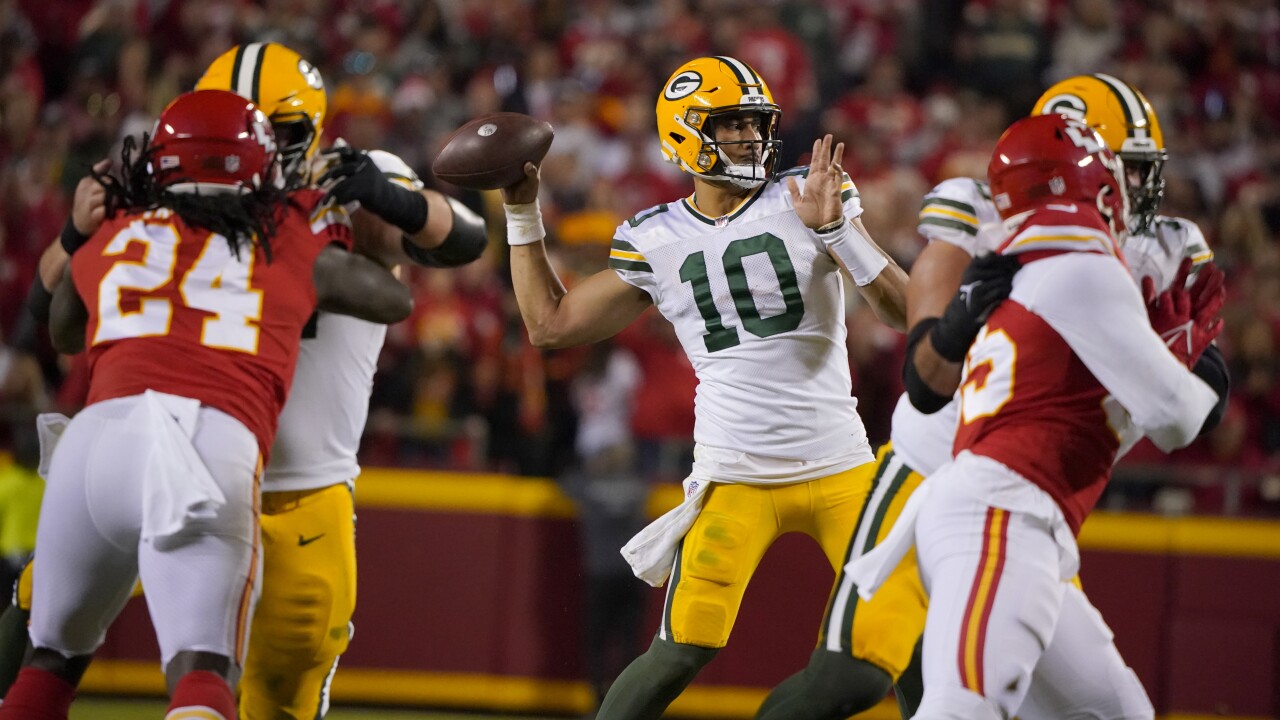 Let’s face it: nobody thought that Green Bay would take the risk of drafting a possible successor to a player who ended up winning the MVP award for a third time that same season.

Time will tell, but from what’s been reported as of late, it looks as though a return to the Packers in 2022 is more likely of a reality than Rodgers getting traded or retiring.

Follow me on Twitter at @ParkerMoes and follow us @WiSportsHeroics for more great content. To read more of our articles and keep up to date on the latest in Wisconsin sports, click here! Also, check out our merch store for some amazing WSH merchandise!