Unfortunately, the Green Bay Packers’ 2021 season came to an unceremonious end at the hands of the San Francisco 49ers last Saturday. The urge to bury one’s head in the sand until next season is strong. It’s honestly hard to argue against that strategy. Still, the Packers’ 2021 year was a spectacular ride while it lasted and it is important to give credit to the players who helped make it happen. Davante Adams was a big contributor in a terrific season for Green Bay, but there is quite a bit of uncertainty regarding the receiver’s future with the Packers. However, his stellar performance this year was undeniable.

Adams By the Numbers

This consistently high quality of play earned Davante a 92.7 overall grade from Pro Football Focus. Adams continued to be one of the game’s best red zone threats at the wide receiver position as well. In 2021, Davante had a touchdown conversion percentage of 71.4 when targeted at or inside the opponent’s five-yard line, per RotoWire. Adams’ 2021 campaign was undoubtedly a successful one by any measurement. 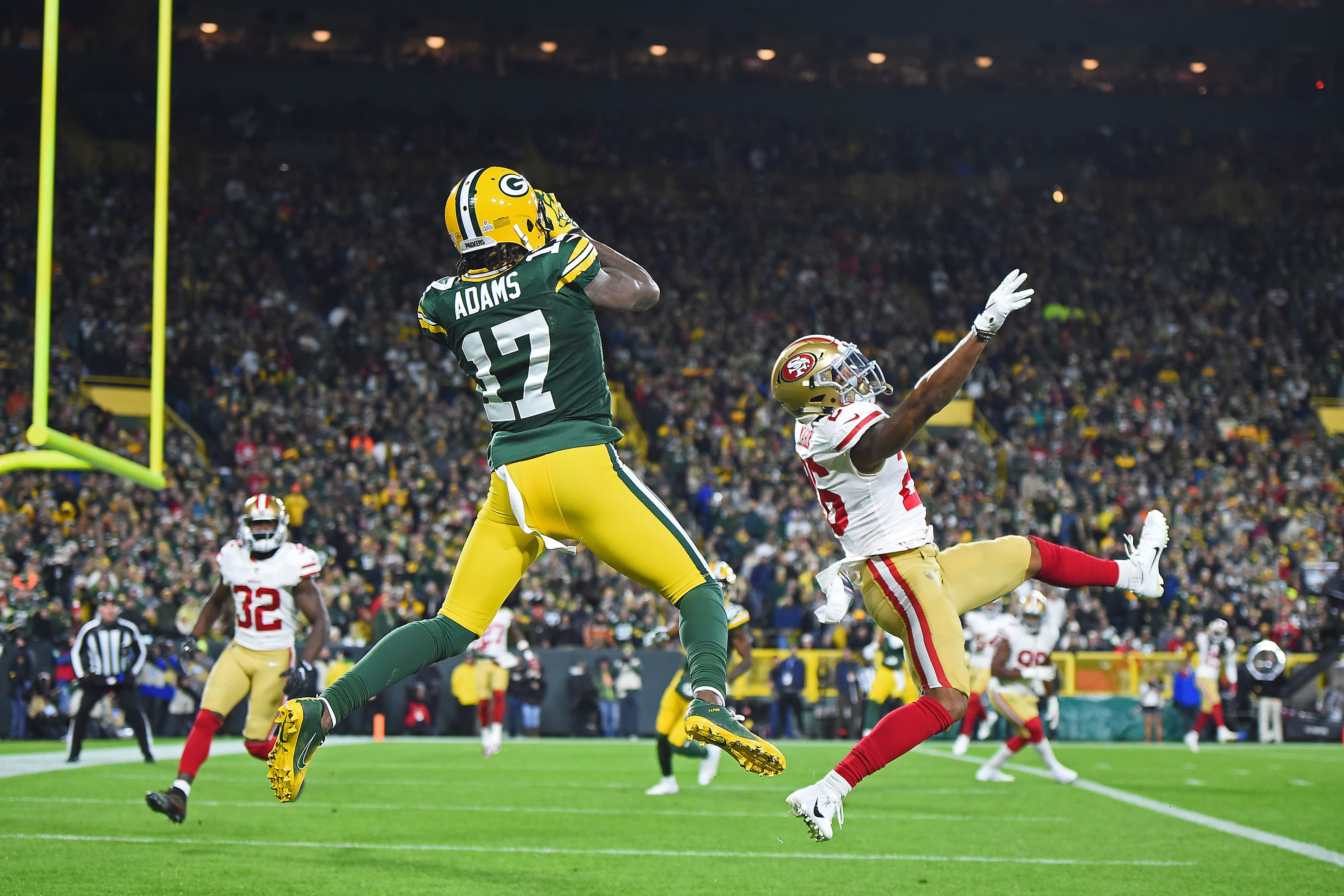 Davante’s numbers are astounding, as they should be. Adams is arguably the best receiver in the NFL right now, and his stats reflect that. However, there is more to Davante’s success than just numbers on paper. Adams thinks like a quarterback when running routes. He reads coverages and adjusts his routes in accordance with what a quarterback would expect. It is extremely rare for Davante to “disappear” in a game. When Adams faced good defenses in 2021, he showed up and made the catches he was expected to make. Add these attributes to Adams’ immaculate footwork off the line of scrimmage, and you begin to see how he was capable of such an amazing season. It is no surprise why Davante is looking to become the highest paid receiver in the NFL.

What Will the Future Hold?

Right now, it is anyone’s guess as to whether Davante Adams will be back with the Packers next season. The situation will likely become more transparent once Aaron Rodgers announces his intentions for the future in March. If Rodgers wants to return for another season, Davante may be inclined to follow suit. The Packers’ cap situation is the biggest hurdle right now. Being $50 million over the salary cap with a receiver who reportedly will take no less than $30 million per year is not an ideal situation. It certainly is not impossible for the Packers to re-sign or franchise tag Adams. Either option will take every ounce of Russ Ball’s cap wizardry to pull it off, but that’s why he makes the big bucks. What is certain is that Davante will continue to be an elite receiver wherever he ends up.