What does a Packers team without Rodgers and Adams look like? Will they rebuild...or simply reload? The Packers’ 2022 salary cap situation is bleak, to say the least. They are approximately $43 million over the cap going into the offseason. This number rises to about $63 million with the space needed to sign rookies and complete a 53-man roster.  What about signing Davante Adams?  And what about Aaron Rodgers? Tough decisions lie ahead with Robert Tonyan, De’Vondre Campbell, Lucas Patrick, and others. $63 million is a huge number.  Green Bay does have options to create cap space, and the cap improves dramatically in 2023 and beyond. What lies ahead could keep the Packers at the top of the division and contending for years to come.

The first and most obvious option is to make the “tough decisions” this offseason. There’s players like Mason Crosby and Randall Cobb – guys who cemented their legacies and places in Packers history.  Then there’s guys like Dean Lowry and Billy Turner – players that haven’t been around as long but aren’t simply disposable.  Given the Packers’ current outlook, the sad reality is that they will have to cut several popular players.  By releasing Cobb, Crosby, Lowry, Turner and Za’Darius Smith, they will save about $34.75 million in salary.  Dead money is not the issue because each of those players’ dead money counts against the 2022 cap, regardless of what happens.

Along with difficult cuts, the Packers can spread some dead cap money over future years by extending several key players.  Rodgers and Adams aside, guys like Rashan Gary, Jaire Alexander, Adrian Amos, and Preston Smith are all candidates for extensions.  By reaching deals, Green Bay can shift over $31 million in dead cap over future years.  These are all guys worthy of keeping around, and two of them – Gary and Alexander – are nearing the end of their rookie deals anyway. 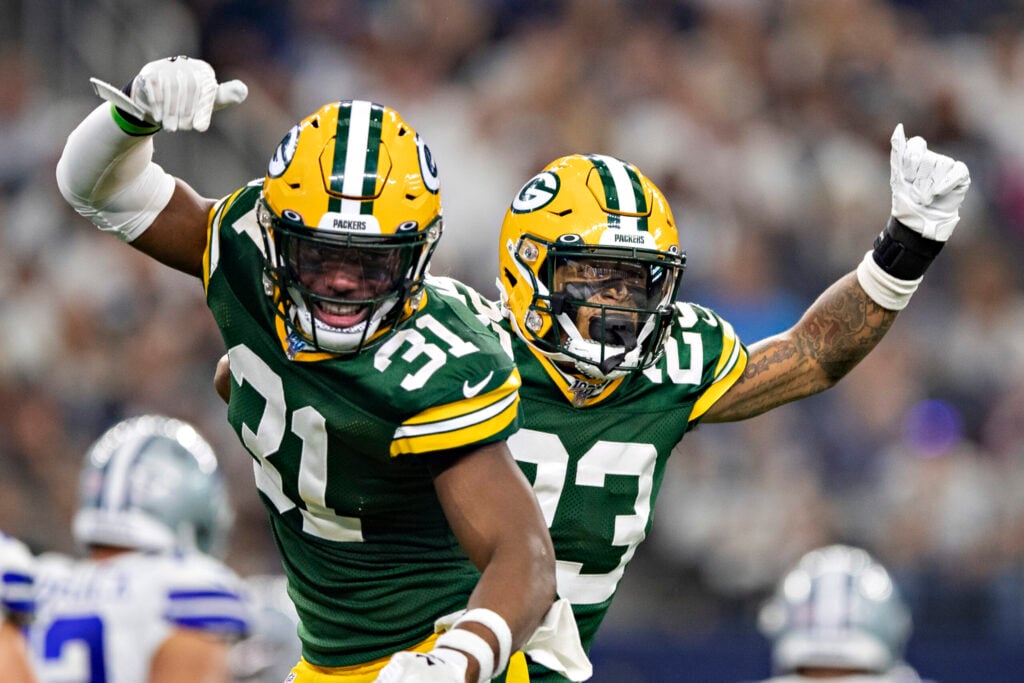 Trading Away the Franchise

Then, of course, there’s Rodgers and Adams. If we believe media outlets in Denver, both want out and want to go to Denver.  Pittsburgh is a popular rumor, along with Las Vegas and others.  Wherever they go – if they go – Packers fans should take comfort in what will happen next.  Any trade involving Rodgers and/or Adams – the WR is sure to be franchise tagged – will get a boatload of early draft picks and young players in return.  It’s realistic to assume having several first and second round picks in each of the next three or four years.

In any scenario, it’s fair to say that the Packers would get three first round picks in return – at a minimum. Given Denver’s clear obsession with Rodgers, the compensation should arguably be two firsts, two seconds, at least one player and possible conditional picks beyond the four already mentioned.  If Rodgers were traded to Denver and they won a Super Bowl with him, it’s reasonable to expect at least another second round pick.

Adams’ situation is a little different because he will be a free agent.  His salary demands are steep; Adams reportedly wants $30 million a year.  If Rodgers leaves, the obvious move for the Packers is to franchise tag Adams and make it clear that he is free to negotiate with teams he’d rather play for.  Green Bay can complete a “sign-and-trade” deal, trading Adams for picks and/or players.  Like with Rodgers, Adams won’t come cheap, and fair compensation would have to start with at least one first round pick.  Tae is arguably worth at least a first, a second, and another conditional pick, plus at least one player.  Adams to Denver for Jerry Jeudy and a first rounder?  Maybe Las Vegas for a first rounder plus WR Darren Waller or tackle Alex Leatherwood?

The Future is Bright

Ultimately, a trade of either Rodgers and/or Adams will bring a bounty of young, new talent to Green Bay.  If both are traded, the growth in upside talent – along with the re-signing of key young players like Gary and Alexander and extending veterans like Amos and Preston Smith – will pay huge dividends in the very near future.  Losing Rodgers and/or Adams will sting; most Packers fans don’t want to see two franchise players leave at the same time. Then again, most Packers fans are just that – Packers fans.  They want to see the team succeed.  They’ll wish #12 and #17 well, then embrace a team with a new and young identity.  In the end, Packers fans will be ready to move on to the next great chapter in the most storied franchise in NFL history.