There is one month remaining until the commencement of the 2022 NFL season. The Green Bay Packers kicked off the first of their four pre-season games on Friday night. They squared off against the team that ended their season eight months ago in the San Franciso 49ers. Jumping out to a quick 7-3 lead, Jordan Love connected with training camp standout Romeo Doubs on a 33-yard touchdown strike. However, the 2020 first-round pick was careless with the ball down the stretch, allowing Kyle Shanahan’s group to come away with a 28-21 victory.

Set to play their game on Friday night against the New Orleans Saints, Matt Lafleur has remained non-committal on if star quarterback Aaron Rodgers would take reps during the tune-up games for the first time since 2018. With an NFC North showdown with the Minnesota Vikings looming in week 1, here are five season-long prop bets for you to target.

Back for his 18th season with the Packers, Rodgers will be looking to clear the 4,000-yard mark for the fifth straight season. However, the 38-year-old quarterback will have to rely on a new bunch of pass catchers around him. Without one of the league’s top receivers in Davante Adams, fourth-year man Allen Lazard is set to take over the role as the go-to guy in Adam Stenavich’s unit.

Furthermore, veteran Randall Cobb returns to join rookies Christian Watson and Doubs. With one of the best running back tandems in the game in Aaron Jones and AJ Dillon, expect a more run-heavy approach throughout the 2022 season after the team ranked 17th in rushing attempts a year ago. While the offense should be much more dynamic from Thanksgiving onward, lean on the under on this prop bet. 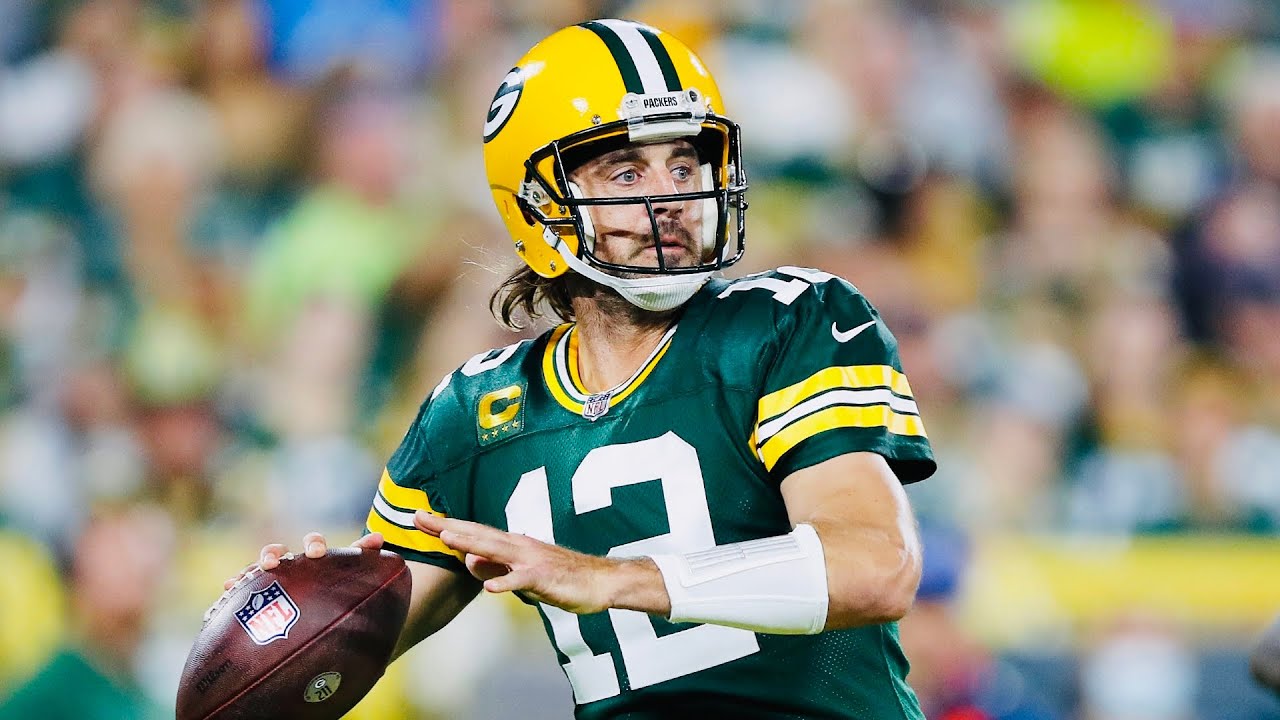 Still one of the NFL’s premier rushers at the age of 27, Jones eclipsed 1,000 scrimmage yards for the third straight season a year ago. The former fifth-round pick saw his rushing yards fall from 1,104 in 2020 to 799 in 2021. Along with this, he also totalled 30 fewer attempts. Primarily due to the emergence of Dillon, the one-time pro bowler was still productive in the passing game, with 391 yards through the air on 52 catches.

Set to undergo a shift on the offensive side of the ball, Green Bay will be without two of their three most target players from last season in Adams and Marquez Valdes-Scantling. The two pass catchers accounted for nearly 71 percent of the share amongst the position group. While the emergence of Dillon could cut into his production, expect Jones to see a significant uptick as the Packers take advantage of his talent.

Lazard will receive the most significant opportunity of his young career, heading into his fifth year in the league. The Iowa State product is listed as the Packer’s number one receiver on the team’s depth chart. Fresh off his best season as a pro, the former undrafted free agent hauled in a career-high 40 receptions for 513 yards and eight touchdowns. Possessing the ability to use his 6’5 frame to win vertically down the field, Lazard can run a diverse route tree.

He is also a potent weapon in the red zone with his ability to go up and high point the football. Drawing the praise of Rodgers early on in the offseason, the quarterback stated his excitement for Lazard to step into the go-to rule. With a low number set at 56.5 catches, he needs to average just 3.4 each contest over a 17-game pace. Once again, a backfield by committee in 2021, Jones opened the year as the lead dog. However, Dillon shined after seeing his role expand a month into the season. Highlighted by a 15 carry for 81-yard performance against the Pittsburgh Steelers in week 4, the former second-round pick eclipsed the 50-yard mark in eight of the final 13 games. Moreover, he also posted five rushing touchdowns.

Do not expect Jones to be on the roster past this season with a $20 million cap hit due in 2023. Look for Dillon to continue to get an expanded workload. The better ball carrier in short yardage situations and around the goal line bet on quadzilla to find the end zone six times to cash this prop bet.

Selected by Green Bay with the 34th pick in April’s draft, Watson struggled at times during OTAs. Showcasing his athleticism, the North Dakota State alumni had problems with his route running while also having drop issues. Making matters worse, he also underwent knee surgery following the conclusion of them to address a lingering issue. Back in training camp, after being activated off the PUP list, the wideout missed out on first teams reps over the last few months while also being unable to build a rapport with Rodgers.

He also saw his fellow rookie in, Doubs become the early standout of the offseason while receiving praise from the Packer’s coaching staff. Selected with a focus long term, Watson will likely need significant time to refine his game in order to make a true impact at the NFL level. Meanwhile, with players like Adams, Jordy Nelson, and Randall Cobb failing to eclipse the 500-yard plateau in their first years in the league, 675.5 yards is too high a number for this prop bet. 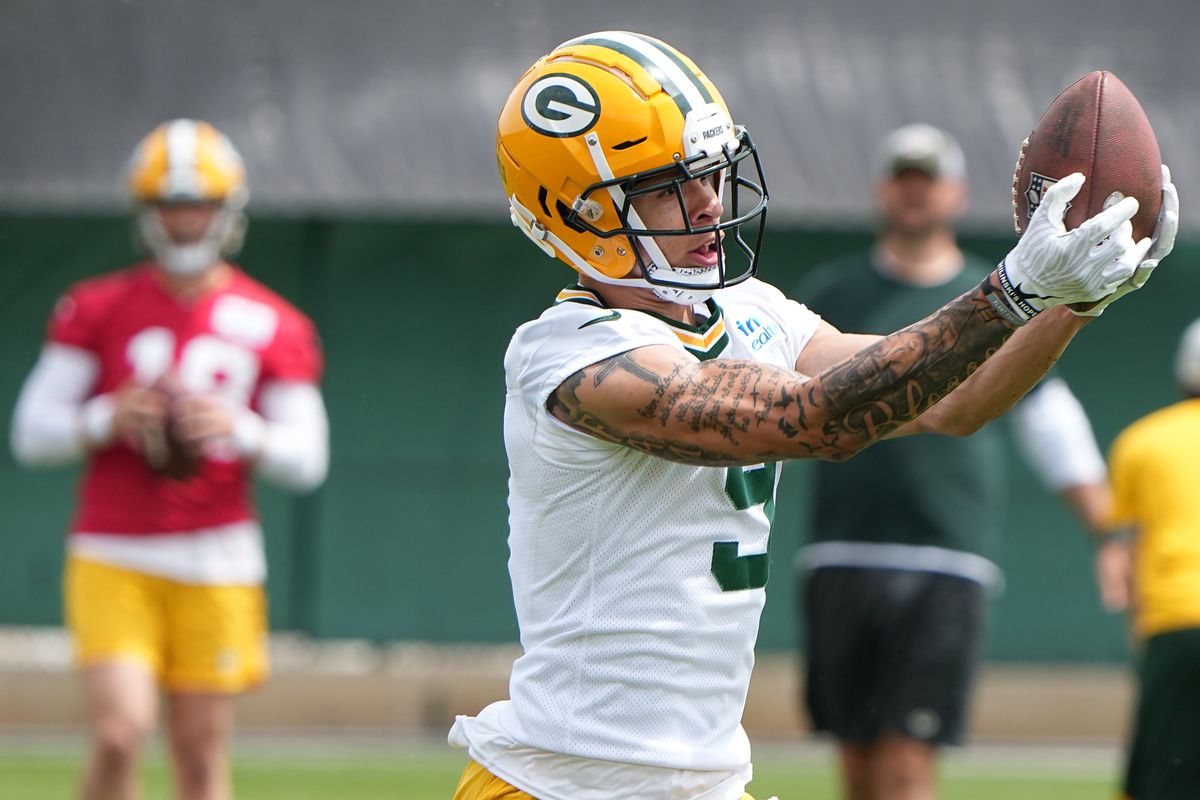