The Brewers built off a strong week of baseball against the Birds by taking on the state of Pennsylvania in six contests. They started the week in style against the Pirates from American Family Field before heading to the city of Brotherly Love to face the Phillies. Let’s take a look at how they did.

Christian Yelich, at least for one night, looked like the Christian Yelich of 2018 and 2019, going 2-4 with a Grand Slam in the fourth inning to key a win. The team only mustered six hits, but that was enough for Eric Lauer, who we’ll get to throughout this recap. Jandel Gustave and Hoby Milner continued their strong work out of the pen as the Brewers started off the week in style.

Take away two at bats for the Pirates and Corbin Burnes was unhittable. The Cy Young winner went seven strong again, striking out 10 and allowing just four hits. Rowdy Tellez hit his second homer and Hunter Renfroe got his first. For Renfroe, his light tower power showed up in a big way this week for the Crew. Kolten Wong had the only other hit as the Brewers offense mustered only three.

It was a sweep of the Pirates with Brandon Woodruff throwing six shutout for his second win. Keston Huira hit one of the more impressive homers of the year, going opposite field to the second deck. Renfroe continued to heat up as well with two hits including a double. Tellez also went deep, his third of the year.

The only blemish of the week involved a wasted opportunity for the Brewers. After loading the bases with nobody out in the first, they came up empty after a couple strikeouts and a popup. The Phillies had the same scenario in the eighth, but they took advantage. Aaron Ashby took a hard luck loss but this one was all on the offense. That first inning left a sour taste for most people watching.

For all the talk of the Brewers “Big Three” pitchers in the rotation, it’s been the duo of Adrian Houser and Eric Lauer who’ve been the most impressive. Houser had an off night with three runs allowed but he did enough as Zack Wheeler struggled for Philadelphia. Renfroe lined another homer out of Citizens Bank Park the Brewers actually outhit an opponent in a game in 2022. They also pulled off a modified double steal, including a Willy Adames steal of home. That clinched a winning week for the Crew.

On the nationally televised game of the week, the world got to see greatness of Eric Lauer’s left arm. The fifth guy in the rotation went six shutout and struck out a career high 13 batters. Granted, he got some aid from home plate umpire Angel Hernandez, who drew the scorn of everyone in attendance player and fan alike. However, 13 strikeouts is a milestone achievement. Lauer was the first left-hander to achieve the feat since Teddy Higuera, who is usually considered the best Brewer hurler of all time. Offensively, it was a Yelich sacrifice fly in the ninth that got the job done before Josh Hader closed the door.

There’s not enough to be said about the Brewers starting pitching, but here’s a few numbers to show how great they’ve been. Through 3 starts, four of the five guys has more innings pitched than hits allowed. Freddy Peralta, the only exception, has allowed only one more hit than innings pitched. Through 77 1/3 innings the starting five have struck out 63 hitters, walked 29, and allowed only 60 hits. That doesn’t include Ashby, who has a 3.18 ERA in 11 1/3 innings of his own. Simply put, this staff is as good as it gets at limited contact.

It’s a tough job, especially in the modern MLB, to be a professional hitter. However, the Brewers haven’t adapted to that difficulty yet. Their leading hitter is Victor Caratini, who’s hitting .278. Of the regulars, it’s Andrew McCutchen, who’s at .255. Willy Adames is hitting .190, Kolten Wong at .170, Yelich at .192, Lorenzo Cain at .161. For a team that has World Series aspirations, that’s not anywhere good enough, even with this small sample size. They have to figure it out, and figure it out quickly. The pitching can only do so much. 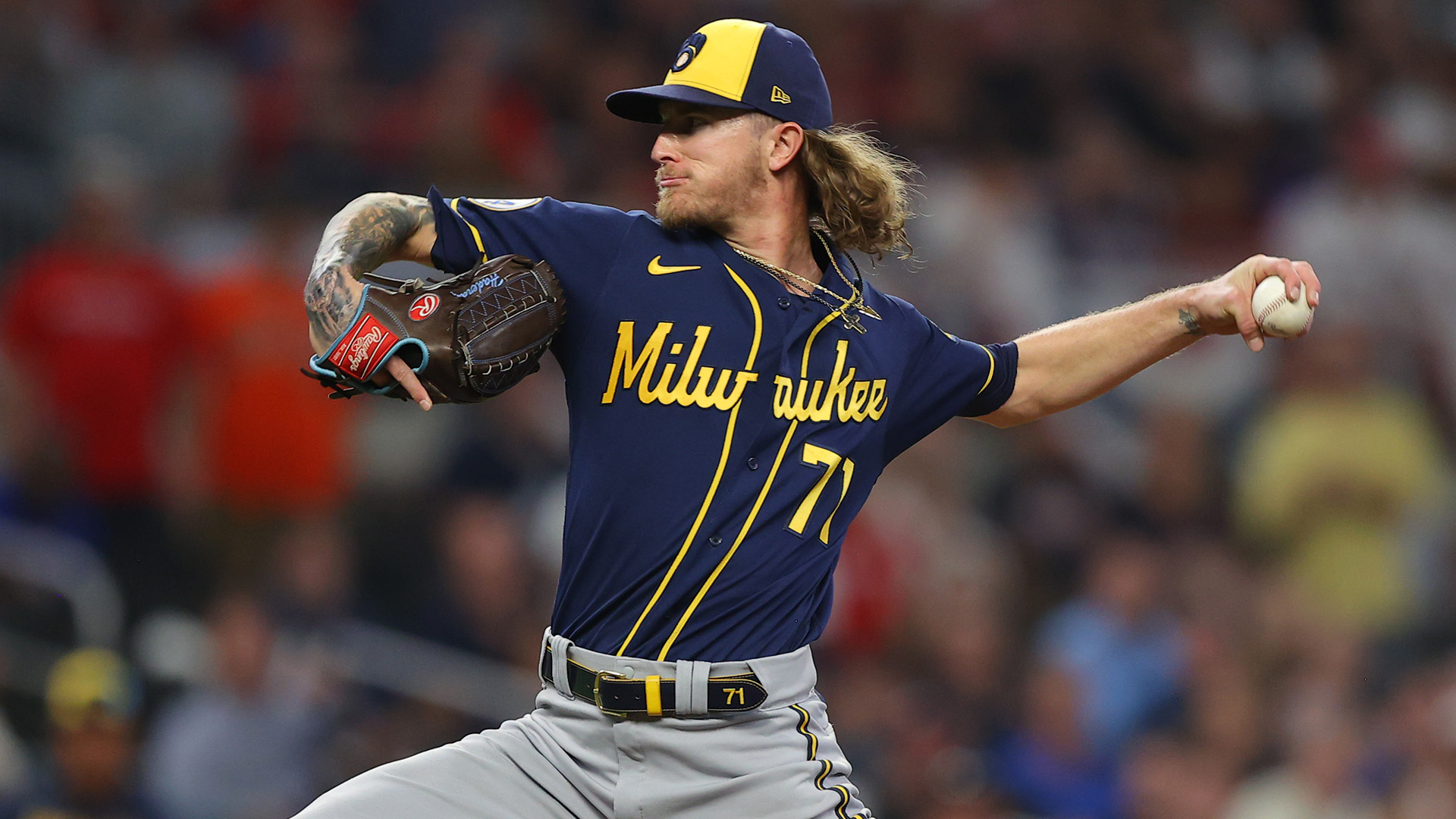 Josh Hader could be going to Cooperstown

There hasn’t been a reliever as dominant as Josh Hader since Eric Gagne recorded 84 straight saves from 2002-2004. In 290 career games, Hader has recorded 104 saves, struck out 493 batters, allowed only 137 hits, and won the Trevor Hoffman Award three times. He’s got a 2.20 career ERA, a 0.84 WHIP, and has allowed a .139 batting average to hitters. Hit strikeout prowess, ability to limit contact, and efficiency is already legendary. If he continues on this pace for another few seasons, you’re looking at a prime candidate to have a plaque in Cooperstown at the Baseball Hall of Fame. He’s that good.

The Brewers Week Ahead: 1 Game against San Francisco, 3 Games at Pittsburgh, 3 Games vs Chicago Cubs