The Green Bay Packers have 10 picks in the upcoming NFL Draft.  For months now, there has been speculation about how they will use these picks.  After the Packers decided to re-sign several of their own players instead of other free agents, it was apparent that this draft would be used to restock depth at several key positions.  The addition of new defensive coordinator Joe Barry also may influence how the team approaches the draft.  There are so many possibilities in this draft that it is difficult to determine what the Packers will do.  Below is a mock draft that focuses primarily on the defensive side of the ball run by thedraftnetwork.com. 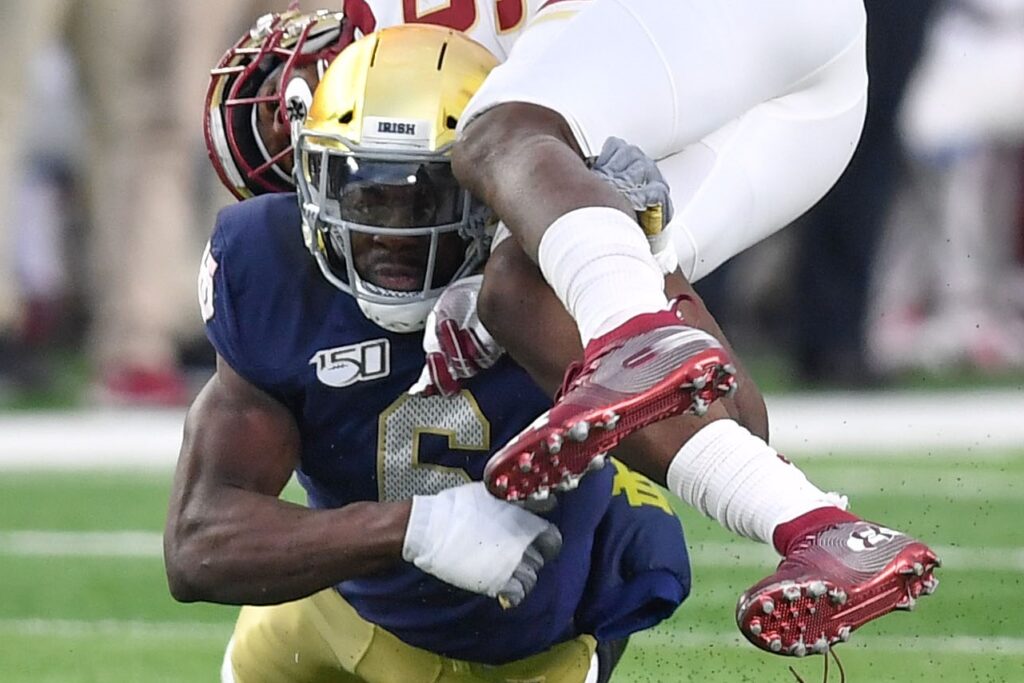 As mentioned previously, the addition of Joe Barry as the new defensive coordinator could have an effect on the Packers’ draft strategy.  Known as a linebacker guru, Barry has consistently helped his linebackers raise their level of play.  This was true last season when he was with the Rams, as the team had one of the best linebacking corps in the NFL.  With this in mind, selecting Jeremiah Owusu-Koramoah with their first pick may be a real possibility.

Owusu-Koramoah was last season’s Dick Butkus Award winner, the award given to the best linebacker in the nation.  He also was named the ACC Defensive Player of the Year and was a Consensus All-American.

Most scouts use the word “explosive” to describe Jeremiah Owusu-Koramoah.  He is a hard hitter and an excellent pass defender.  These are two areas in which Packers’ linebackers were lacking in 2020.

Before he can become an effective NFL linebacker, Owusu-Koramoah needs to put on some weight.  He weighs just 215 pounds.  However, this is the only negative aspect on his draft profile.  With the right diet, he can become a starter in the NFL on Day One and make an immediate impact.

The Green Bay Packers find themselves thinner at the offensive line than they have been in some time.  Rick Wagner was a cap casualty, Corey Linsley left in free agency, and David Bakhtiari is out until December as he rehabs his knee.  That being said, the Packers do have a good core of linemen returning, including Elgton Jenkins and Billy Turner.  However, they will need to draft a talent lineman in order to add depth and effectiveness to the roster.

Jalen Mayfield is a perfect fit for the Packers because he can line up on either the left or right side of the line.  The Packers greatly value linemen who can play various positions on the line, and they may not be able to resist taking Mayfield if he is available in the second round.

Mayfield is an excellent pass blocker, who rarely made mistakes with his hand placements.  He has all the intangibles needed to be a successful NFL player.  However, he does not have much game experience in college, which means he will have a learning curve from the onset.  This makes the Packers an ideal destination for him because he will be in a position where he can both learn and contribute without being in high pressure situations from the onset. 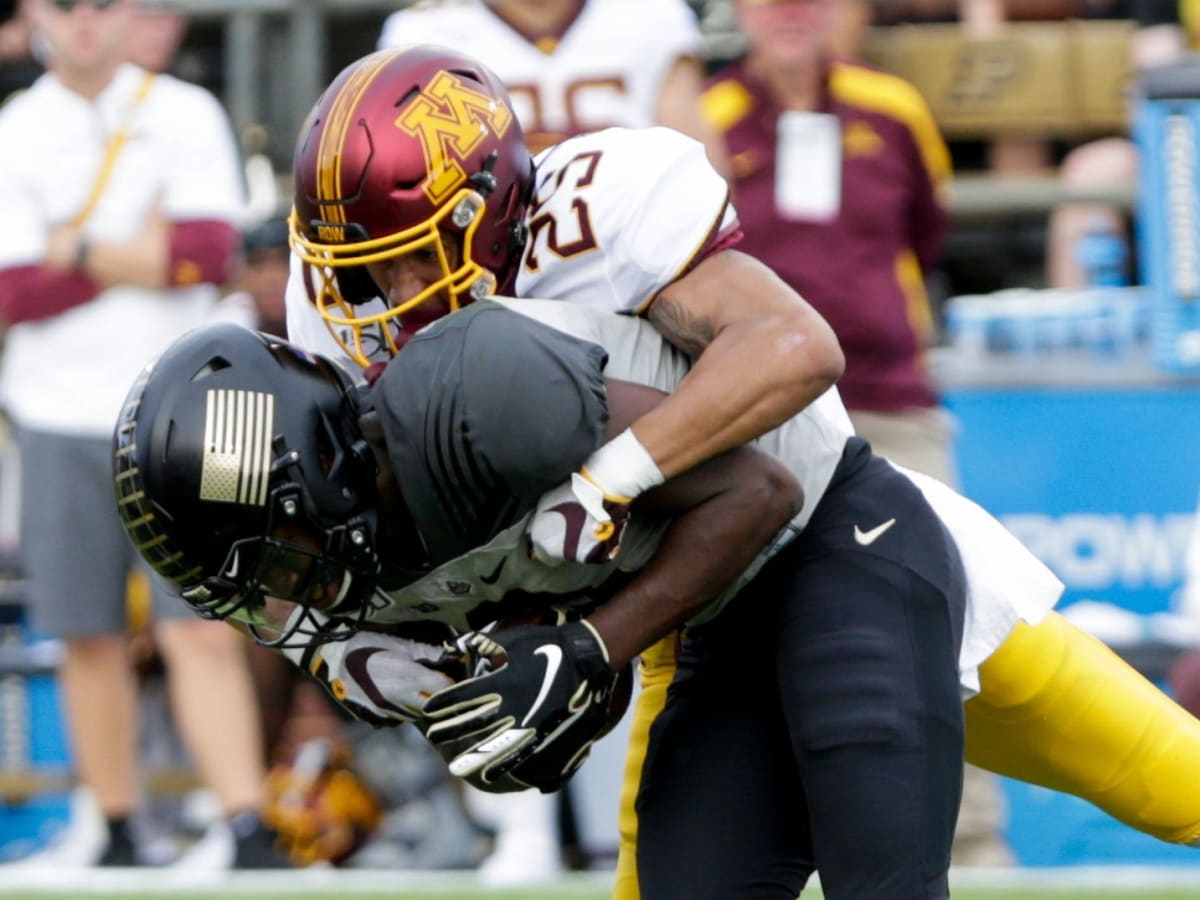 Without a doubt, cornerback is one of the greatest areas of need for the Packers in this draft.  Fortunately, this year’s cornerback class is exceptionally deep.  They do not need to draft one in the first two rounds in order to get a good defensive back.  In this mock, the Packers could take Benjamin St. Juste as their first cornerback in the 2021 Draft.

Benjamin St. Juste brings something to the table that Packers’ fans have wanted from the cornerbacks for quite some time: sure tackling.  St. Juste is an above average tackler who also plays wide receivers very physically at the line.  At six foot three, he also has the height to challenge highly thrown passes.

However, like most prospects, St. Juste is not perfect.  Though he is fast, he does not have the acceleration to keep with speedy receivers.  If he is unable to slow receivers at the line, he can get burned.  Additionally, he struggled in defending the run at times in his college career.

This being said, Benjamin St. Juste has a high ceiling and low floor as a NFL prospect.  He does not play well in the nickel role, so he could emerge as a second starting cornerback on the outside opposite of Jaire Alexander.

The Packers have a solid receiving core for the 2021 season.  However, beyond this season, they have no receivers under contract.  It would make sense, therefore, that they look to take a receiver in the middle rounds of this draft in order to add some depth for the future.

If this is the case, Frank Darby could be an intriguing target in the fourth round.  Darby is a physical receiver who can take a hit.  He can make contested catches and uses his body to create separation from defenders.  He dealt with injuries last season, which has led to him being a very underrated receiver in this draft.  However, many scouts believe that he has a tremendous upside and could be a steal.

Darby does tend to use his body to secure catches, which can lead to drops.  He needs to learn how to use his hands better to catch passes or else the Packers will have the same issue with him as they have with MVS.  Darby also lacks breakaway speed, which leads to his relying on contested throws to rack up his receptions.  He will have to learn how to scheme his way open in order to be successful. 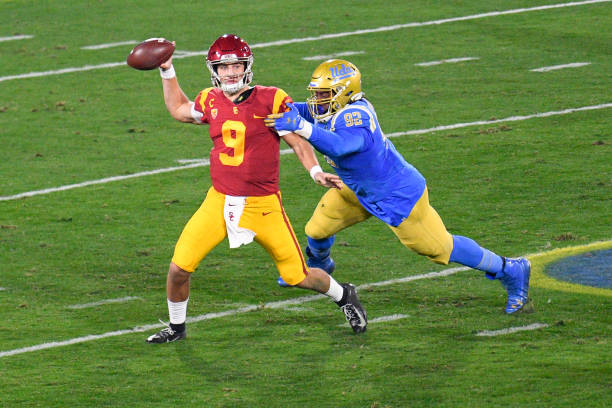 The last time the Packers drafted an interior defensive lineman from UCLA, it worked out pretty well.  Kenny Clark is a Pro Bowl caliber lineman, though was drafted in the first round as opposed to the fourth round, which is Osa Odighizuwa is projected.  That being said, Odighizuwa has some intriguing qualities that would make him an exciting pick in the middle rounds.

Osa Odighizuwa played defensive tackle at UCLA, but at 280 pounds likely will not play the same position in the NFL.  He is explosive of the snap and has a knack for finding holes to get to the passer.  He is said to play with a nasty attitude, and is constantly looking to make a play on the ball.

Many believe, however, that Odighizuwa does not have much growth potential at the next level.  In other words, what you see is what you are going to get.  As stated, he likely will not play on the interior of the line due to his size.  He could, however, fit with the Packers as an end lineman in their 3-4 scheme.  He is very fast for a lineman and can create problems for the opposing offense all over the field.