The Wisconsin Badgers fell have lost consecutive games for the first time this season. They were defeated at home by the Iowa Hawkeyes, 77-62.

Lately, the Badgers have just not been playing well, causing them to lose their games. On Thursday night, that wasn’t necessarily the case. Yes, they started off cold again. They started the game off shooting just 4-27 from the field. Not necessarily a recipe for success. They were able to stay within striking distance of the Hawkeyes, despite their All-American, Luka Garza, dropping 17 points on them in the first half alone. 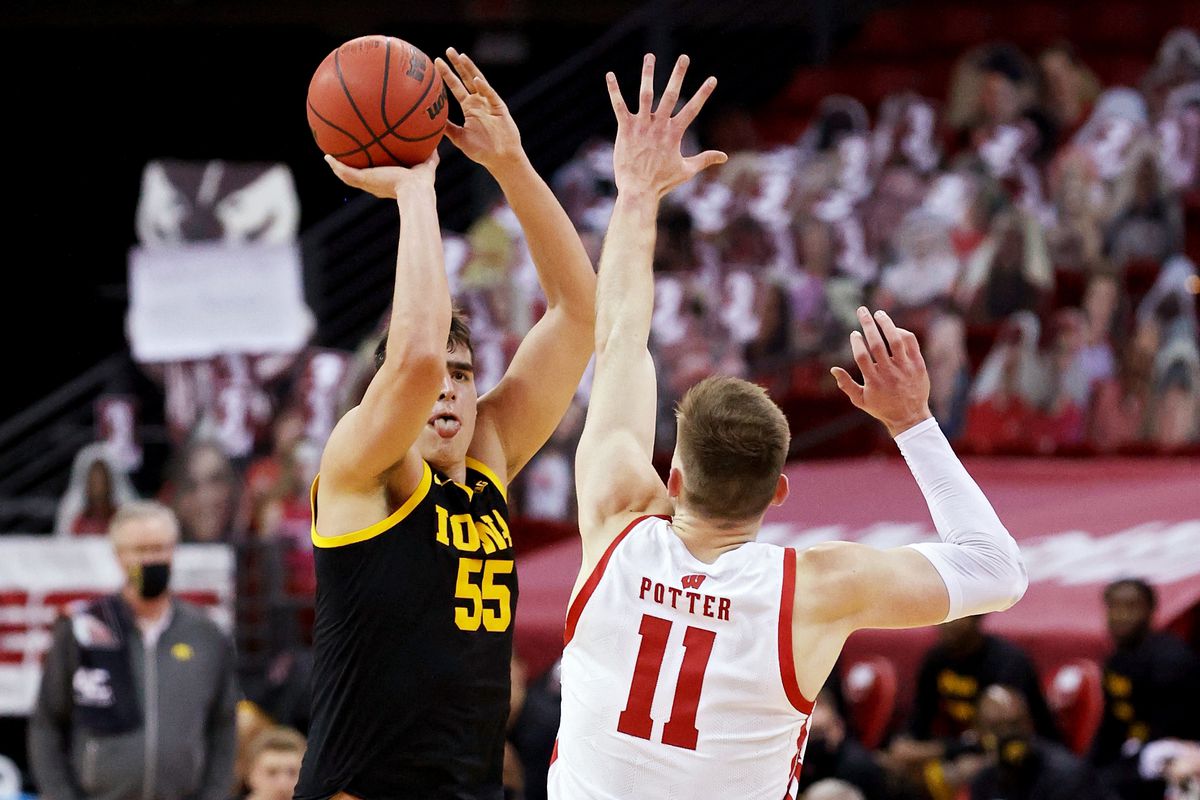 Just before the half, the Hawkeyes hit a three to push the lead to 36-27. It went from a manageable deficit at the half to a big hill to overcome.

It looked like this game was over at that point. Even when the Badgers were doing the right things, like turning the ball over zero times in the first half, this game still felt out of reach. The Hawkeye’s offense was just too much for the Badgers to overcome. They were still shooting too poorly to keep up.

Second Half Spark Gets Badgers Back Into It

The start of the second half continued in a similar way. The Hawkeyes got up by as much as 16 points. Then, something we aren’t used to seeing happened. The Badgers buckled down on defense and started hitting some shots. Their defense, Aleem Ford’s in particular, picked up and led to some point on the other end of the floor.

Ford hit a couple of threes to bring it back to within four points. Davison was also shooting the ball well, hitting five threes on eight attempts on the night, finishing with 15 points.

It’s true that moral victories don’t count for much, but I will admit, it was encouraging to see the way they played in the second half. Even with Iowa shooting as well as they did, the Badgers were only outscored by six in the second half.

Now the Badgers are really behind the eight ball. They have just four games left. Three are against ranked teams and just one game is at home. Hopefully, they can keep the momentum from their second-half rolling into the next few games.

The season Isn’t Over Yet

There is still some room for optimism. If the Badgers can get things going and win four in a row before the Big Ten Tournament, they should be able to finish in the top four of the conference.