Heading into the 2023 season, the Green Bay Packers will have to address the wide receiver position despite success from their rookies. There has been plenty of noise this season about Aaron Rodgers not having enough offensive weapons. Rodgers himself has even been critical of his receivers. However, a few rookie receivers have shown promise on an otherwise struggling Packers offense. 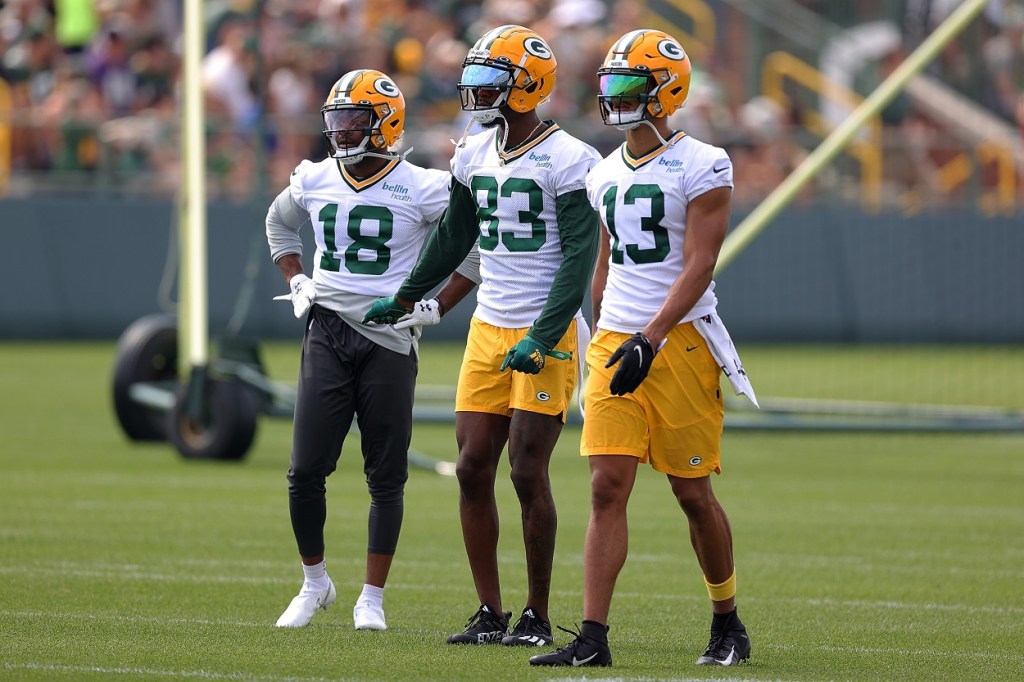 After a slow start to the season, Christian Watson has been on fire lately. His breakout performance came against the Dallas Cowboys, where he scored three touchdowns. This season, Watson has seven receiving touchdowns, all of them coming within the last four games. His seven touchdowns are the most in the NFL among rookie receivers.

Fellow Packers rookie receiver Romeo Doubs has shown that he can be a valuable contributor when healthy. Doubs has played in nine games this season before being sidelined with an ankle injury. He was targeted seven or more times by Rodgers in four of his nine games. In addition, Doubs ranks fifth among rookies in receiving touchdowns despite missing significant time.

Although Doubs and Watson are great pieces to build around for the future, the Packers still face plenty of concerns regarding other veteran receivers.

Why should the Packers be concerned about their wide receiver situation? Next season, Allen Lazard and Randall Cobb will be free agents. Cobb has been injured most of this season and will turn 33 before next season starts.  And the Packers might not be willing to pay Lazard what another team could offer in free agency. In addition, the Packers just cut Sammy Watkins after a disastrous stint in Green Bay.

Nevertheless, it will be interesting to see what the Packers decide to do to address their concern at wide receiver. Thankfully, Green Bay has a few rookies that have already shown promise and potential in year one.