When To Draft Packers In Your Fantasy Football Draft We’re only a few weeks away until football season and you know what that means. It’s time for Fantasy Football season! The next few weeks will be full of mock drafts and getting together with friends and family. For all my fellow Packer fans, it’s great when a Packer player lands in your lap on the clock. Here are some Packer players to draft and when to draft them.

While Davante is the best receiver in the NFL, don’t take him too high. If you have a top 5 pick, you may want to take a player such as Dalvin Cook, Derrick Henry, Alvin Kamara, or Christian McCaffery. Anything past the 5th pick is the perfect time to select Adams.

Aaron Jones (Late First Round or Early Second Round)

I’m basing this off a 10 team league. Most mocks I have done to this point have Jones anywhere from 8-12 overall. This is fair spot to place Jones. He’s a greater runner who can also catch passes from the backfield. The Packers are not afraid to incorporate him in the passing game and can make life miserable to opposing linebackers.

Aaron Jones isn’t the bell cow back for the Packers, however. A.J. Dillon will take some reps from him. Other running backs I mentioned before can average up to 25 or 30 touches a game. As a fantasy football owner, you won’t see that most weeks with Jones. However, he always a has a great chance to see the end zone every week.

Be Patient With Aaron Rodgers

As the 2021 NFL MVP, fantasy football owners will want to claim Rodgers so they have their QB for the year. While he did have a great year and won his 3rd MVP, you can be patient with selecting him in your football draft. The only QB that should be going in the top 2 or 3 rounds should be Patrick Mahomes and rightfully so.

That doesn’t mean to avoid Rodgers entirely. You can still build up your roster before you select a quarterback. Most leagues you will have the chance to lock up your running backs, wide receivers, and flex. A quarterback such as Rodgers will most likely be available to draft in the 7-10th round range.

MVS Can Be A Steal Pick 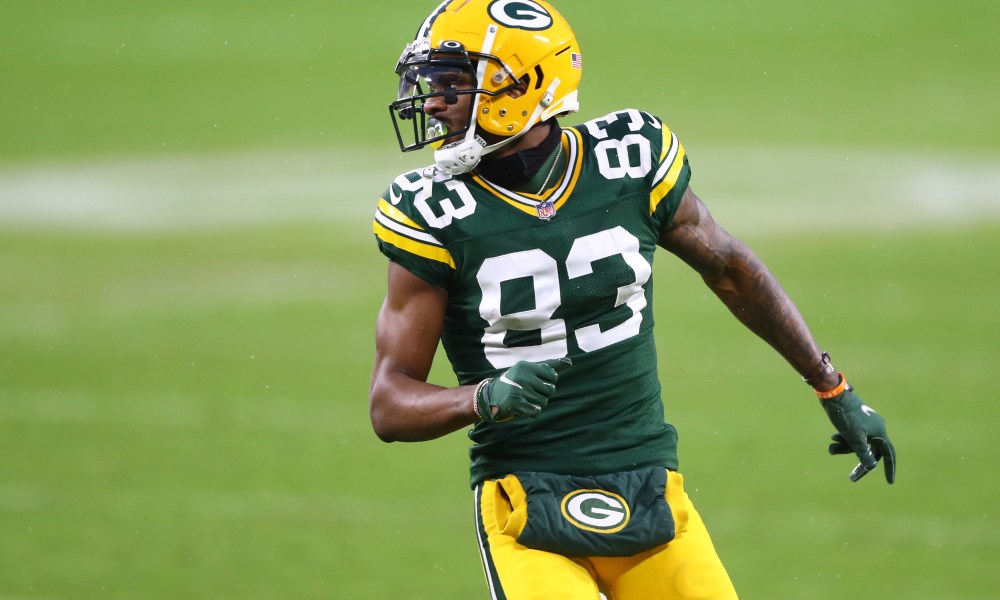 MVS ins’t a Davante Adams, but he is the clear #2 receiver on one of the best offenses in football. He is also a constant deep threat and can easily get you 100 yards in the blink of an eye. Davante also has a history concerns and if that was to happen, MVS becomes a top target on this offense.

I wouldn’t draft MVS right away but he can be a late round pick you can stash on your bench. No need to make a huge leap on him in your football draft.

Robert Tonyan Is A Serviceable Back Up

Packer fans know how good Robert Tonyan is and the trust he’s developed with Aaron Rodgers. However, with a number of offensive weapons, he isn’t an attractive starting tight end in most leagues. If you’re in desperate need of a tight end, he can fill in, but don’t expect Travis Kelce or George Kittle numbers every week from #85.

If you’re set at tight end and need a back up, he’s a great option to cover a bye week or if your starter in injured an may miss a week or tow. Like Aaron Rodgers, be patient in your fantasy football draft with Tonyan. NFL ODDS: Packers Among Favorites To Trade For Terry McLaurin