Some pretty massive injury news dropped today regarding Week 1 for the Packers.  The Packers’ presumed top wide receiver, Allen Lazard, has an injury that could leave him inactive.  According to Rob Demovsky:

As for WR Allen Lazard, who did not practice last week for reasons unknown, LaFleur said he’s improving and “we’ll see as the week progresses.”

This is the first time publicly that we’ve got any indication that the Allen Lazard was serious and that he could be in doubt for Week 1.  This is the exact type of news that Green Bay could least afford to hear going into the start of the season.  The wide receiving corps has turned into an unexpected deep position for the Packers. However, the players competing for that No. 1 spot still remain a select few.

Allen Lazard, Sammy Watkins, and possibly Randall Cobb (in doses) will be vying for the top spot.  If Allen Lazard can’t go, that leaves just Watkins and Cobb.  After that?  The depth chart is full of what-ifs and rookies.  Granted, we have seen a lot of positive things from all three rookies, as well as a year-two jump from Amari Rodgers. We have no idea how much they will be able to contribute when it counts vs. a division rival.  Here are three players Green Bay could use as immediate replacements if Allen Lazard can’t go week one. 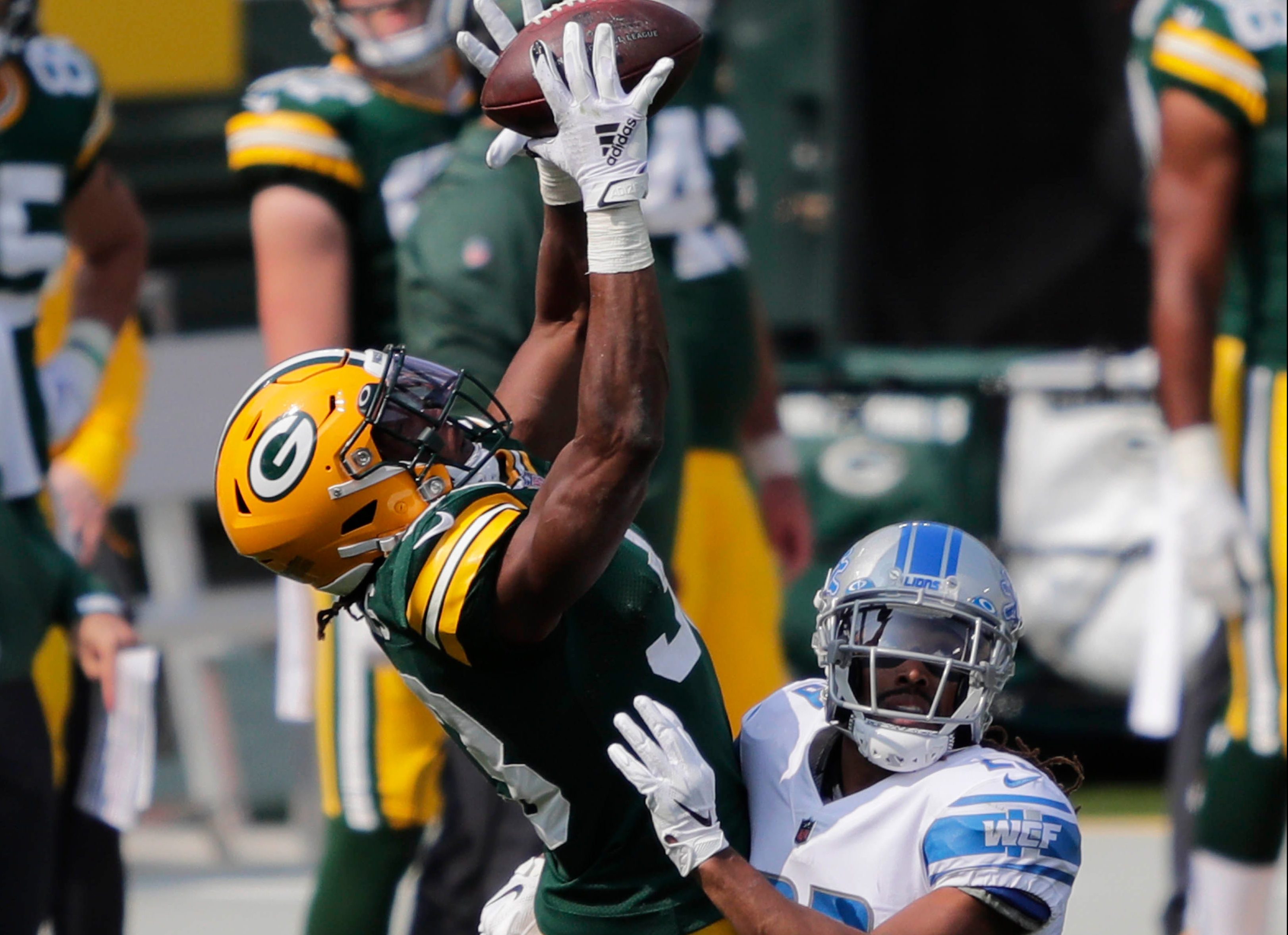 I get it, this might be cliché, but the best replacement in the case of the Allen Lazard injury may already be on the roster.  Aaron Jones has proven to be a legitimate weapon in the passing game.  Since 2019, he has averaged nearly 50 receptions a season (49.3), 406.7 receiving yards per season and 4 receiving touchdowns.  For a running back, those are certainly impressive numbers.  He may be asked to do even more this year, starting in Week 1.  This type of Allen Lazard replacement would call for AJ Dillon to be the sole RB1, which could create a need to call up an RB from the practice squad for Week 1. 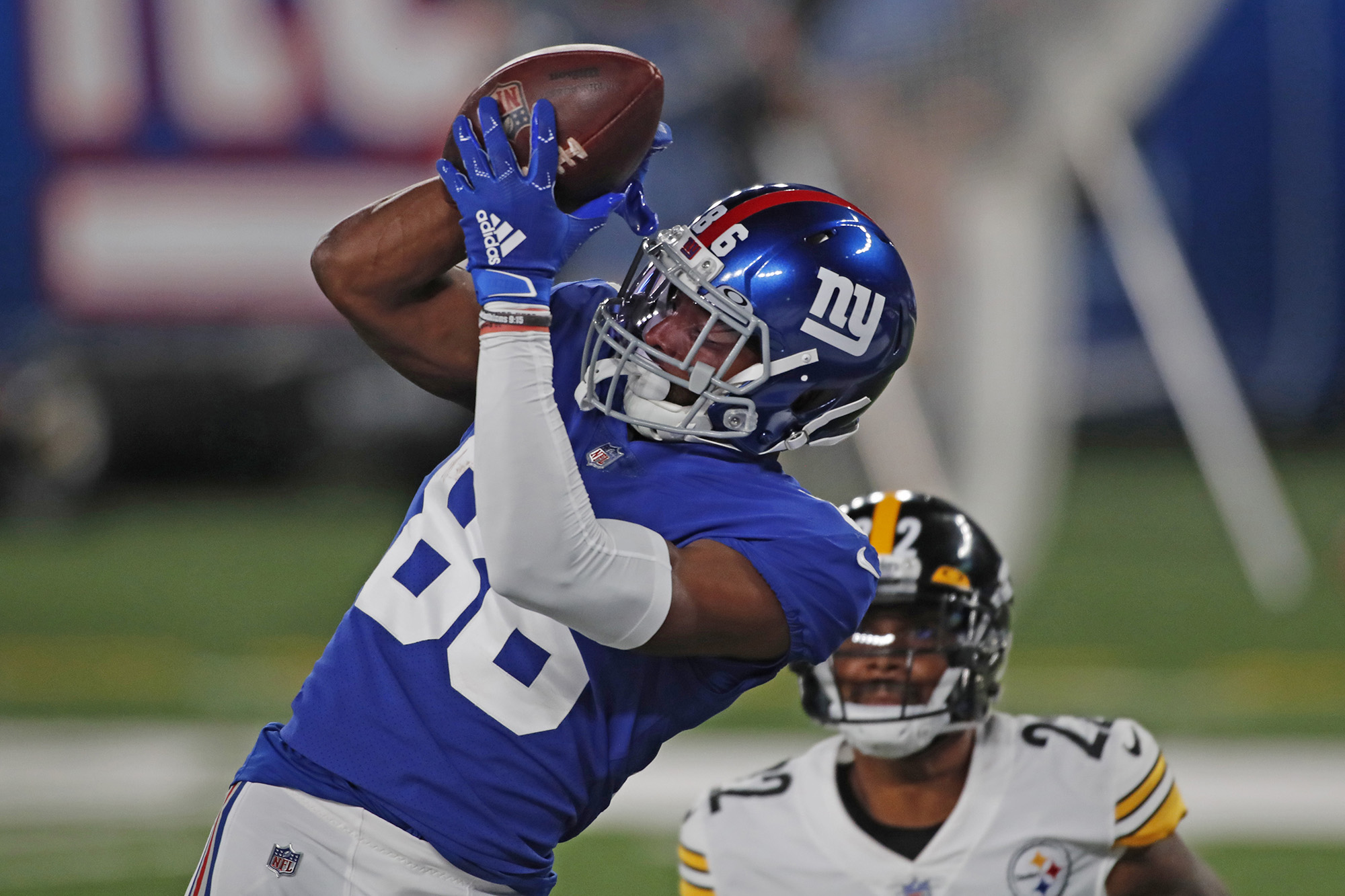 Darius Slayton cracked the New York Giants’ initial 53-man roster.  It was long assumed that we would be either traded or cut.  As recently as Saturday, Darius Slayton remained on the possible trading block.

With Slayton appearing to be on the outs in New York, we heard recently that several teams had reached out to the Giants about a trade. While the 25-year-old is temporarily staying put, he could continue to be a popular name in trade chatter, especially if the Giants struggle. Slayton is due a $2.54MM base salary in 2022, a reasonable salary if a suitor has a role for him.

Long before the Allen Lazard injury, Green Bay was a favorite landing spot for Fuller simply because of what he would bring to the offense.  Imagine a faster Marquez Valdes-Scantling.  It is important to note that Packers Head Coach Matt LaFleur coached Fuller at Notre Dame in 2014.  Fuller was a star receiver for the Irish from 2013 to 2015.  LaFleur was an offensive assistant at Notre Dame during Fuller’s sophomore season.  So, there is some familiarity here.

Will Fuller has an average yards-per-touch mark of 14.5.  He is a big-play threat that can stretch the field with his elite speed (4.32 40-yard dash time).  If his health is no longer a concern, Green Bay could snag him for cheap and immediately provide a veteran deep threat presence for this offense.