Several days have passed since the Josh Hader trade bombshell was dropped on Wisconsin. And yet, the sun rises, the beer and the brats still taste good at the ballpark, and the Brewers continue to battle the Cardinals for control of the NL Central.

Everything Is Status Quo? 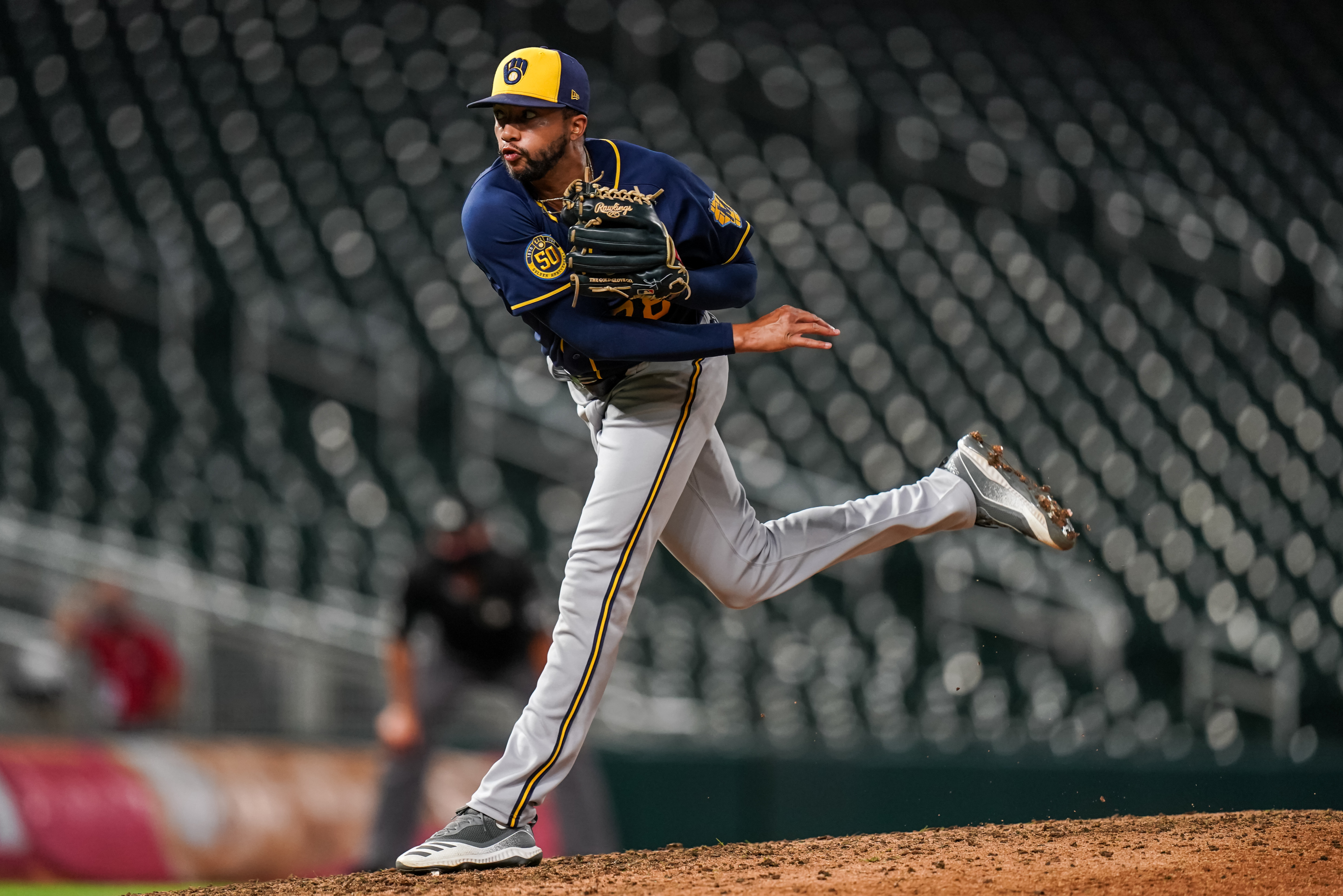 Business as usual? Maybe not. But as usual, the business must continue, without Hader, the lanky lefty, who was the National League’s Reliever of the Year in three of the last four seasons.

This is not to minimize the loss of Hader, perhaps the best closer in the game. This isn’t to understate the emotional loss suffered by his fans, teammates and yes, the Brewers’ organization.  Nor is this to suggest that he won’t be missed as a person as well as a player. This is not to pretend that he won’t be difficult to replace.

But he will be replaced. He must be replaced. In fact, he has been replaced already, by supremely talented right-hander Devin Williams, who got off to a shaky beginning after Hader left.

Immediate Aftermath Did Not Help The Brewers:

In the immediate aftermath of the trade, the Brewers seemed in a funk, getting swept in a three-game series at Pittsburgh. And Williams, uncharacteristically, gave up a walk-off home run. The clubhouse seemed in mini-mourning over the loss of Hader, their closer and friend.

Many Brewers fans reacted as if Milwaukee had given up one of the game’s great players for two cracked helmets, a broken bat, and a roll of tape. And things looked worse when Lamet was claimed off waivers by the Colorado Rockies.

But the only sin committed by the newest Brewers is their lack of name recognition here in the Cheese State. Who are those guys? For Hader? Really?

Whats Going On With The Players We Got In Return? 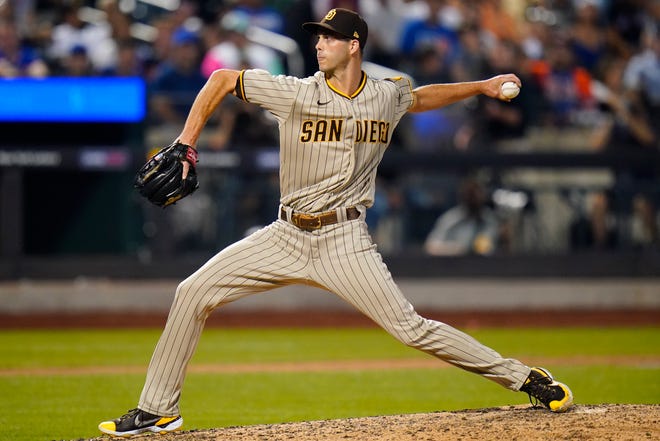 Rogers, the most high-profile of the bunch, was recently demoted from his closer’s role after consecutive blown saves. Padres’ Manager Bob Melvin was planning to take a closer-by-committee approach, at least temporarily. But the addition of Hader, of course, changed all that and made Rogers available. Rogers had 28 saves, was brilliant in the first half of the season, and could revive his career in Milwaukee. He might replace Williams as a solid eighth-inning set-up man.

Gasser and Ruiz are highly regarded minor leaguers who are on a fast track to the big leagues.

In other trades the Brewers added power pitcher Matt Bush in a deal that sent infielder Mark Mathias and minor league lefty Antoine Kelly to the Texas Rangers. And Trevor Rosenthal, currently on the injured list, came to the Brewers in a trade with the San Francisco Giants for minor league outfielder Tristan Peters.

But right now, none of these players add up to the name recognition of Hader and what he meant to the Brewers and their fans.

The Minds Of The Executives: 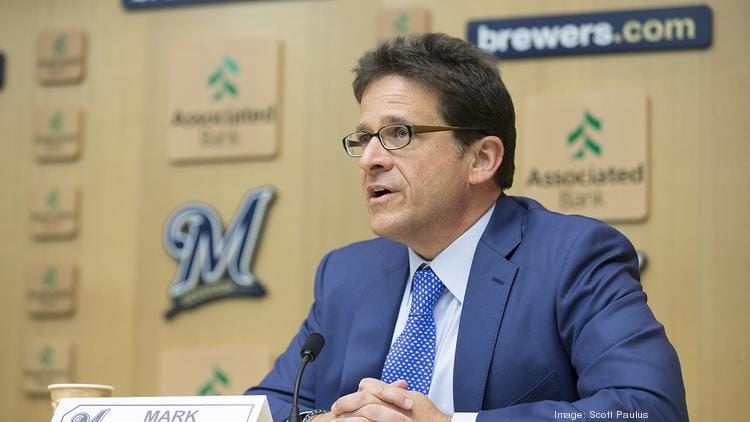 MLB executives are conditioned to look upon baseball as a business, not a game. They are taught never to fall in love with their players because they might have to trade them.

Fans have no such obligation. The wound they feel with the passing of Hader from Brewer blue to Padre brown is still open, bleeding, and deep. For the price of their tickets and emotional investment in the Brewers, they have the right to be angry about this trade. They have a right to criticize, to boo, to complain, and to second-guess.

And they have a right to question management’s motives. Many fans believed that the Brewers were playing the small-market card, trading Hader to cut payroll. San Diego will pay the remainder of the $3.67 million owed Hader this season. But in paying Rogers ($2.4 million), Rosenthal ($1.3 million), and Bush ($275,000) Milwaukee actually saw its payroll increase slightly.

“Cost cutting had absolutely nothing to do with this,” said Mark Attanasio, principal owner of the Brewers. Attanasio also said the Brewers had the resources to bid for stars Juan Soto, Andrew Benitendi, Brandon Drury, Joc Pederson and J.D. Martinez, but did not want to give up the talent it would have taken to swing a deal.

Lost in all the hype were the recent struggles of Hader. Yes, he had 29 saves but his ERA in July was 12.54 and teams batted .354 against him. But he was back to his old self at the time of the trade.

In his first interview with the Padres, Hader – perhaps a little bitter – said it was nice to be with a team that wanted to win the World Series, not just make the playoffs.

Hader, of course, could be wrong. It would be ridiculous to think the Brewers, or any big-league organization, do not want to win it all.

Recently, the Brewers celebrated the 40th Anniversary of their 1982 American League pennant, their only trip to the World Series in their 52 years since moving from Seattle to Milwaukee in 1970. They lost a seven-game Series to the Cardinals in 1982. They wanted to win then, they want to win now.

Over the years with players such as Robin Yount, Paul Molitor, Ted Simmons, Prince Fielder and Ryan Braun the Brewers have never finished better than second.

And they never won it all with Josh Hader. Now, maybe they have the players to do it without him.

Follow us @WiSportsHeroics for more great content. To read more of our articles and keep up to date on the latest in Wisconsin sports, click here! Also, check out our merch store for some amazing WSH merchandise