Thank you Travis Shaw, for a weird set of years in Milwaukee

On Sunday, Travis Shaw was claimed off waivers by the Boston Red Sox, officially ending his time in a Milwaukee Brewer uniform. Over his years in Milwaukee, Shaw saw himself become a star, only to find himself having to work hard to regain that title a few years later. He made a name for himself in 2017, and was a staple piece in a championship contending line-up in 2018. But he plummeted to unforeseeable lows in 2019, left for Toronto in 2020, re-joined the club in 2021, and eventually saw his time as a Brewer end. Shaw’s time as a Brewer was marked with an incredible series of ups and downs. At his peak, Shaw was the premier player in pennant races, but at his low, he would find himself amidst a never ending series of slumps that would lead to his demise in Milwaukee.

Shaw’s time in Milwaukee began in 2017. Coming into the season, many were saying the Brewers were a good “year away” from finishing their rebuild. It was supposed to be another year before they were ready to compete. The 2017 season was supposed to be another gap year in the Brewers’ rebuilding process. General Manager David Stearns had a load talent in the minor leagues ready for the future. But the major league club just wasn’t there.

Shaw came over from Boston, where over the course of two seasons he hit .251 with 39 homers and 110 RBI. The flashes where always there for a young Shaw, but he found himself struggling to see the field due to the talent that Boston had before him. So when the Brewers traded for him in the off-season, Shaw finally had his opportunity.

He took advantage of it. He was a major, if not the main reason, that Milwaukee’s rebuild ended early, as the Brewers competed for a playoff spot as the surprise team in the National League. Hit .273, with 31 homers and 101 RBI in 2017, as the centerpiece in a rag-tag lineup that was surprisingly winning ballgames. Shaw proved to himself and all of baseball that if he was given an opportunity to be in the lineup everyday, he could produce at a high level. He was a central piece in a lineup that was known for hitting homers. Without Shaw that season, the Brewers wouldn’t have finished the season a game out of the wildcard spot, and their window of winning would not have been opened so early.

Coming into 2018, expectations were on for the Brewers. After a startling 2017, the Brewers put all their chips on the table and acquired Christian Yelich and Lorenzo Cain. Amidst a much more talented lineup, Shaw again put up big numbers, hitting .241, while hitting 32 homers and driving in 86. That season, Shaw had to switch positions, to make room for newcomers acquired at the trade deadline. He moved to second base, where he had never played, and handled it with ease. He wasn’t the flashiest name in a lineup with a plethora of All-Stars, but Shaw was a big reason in why the Brewers won 96 games and came within a win of a World Series appearance. 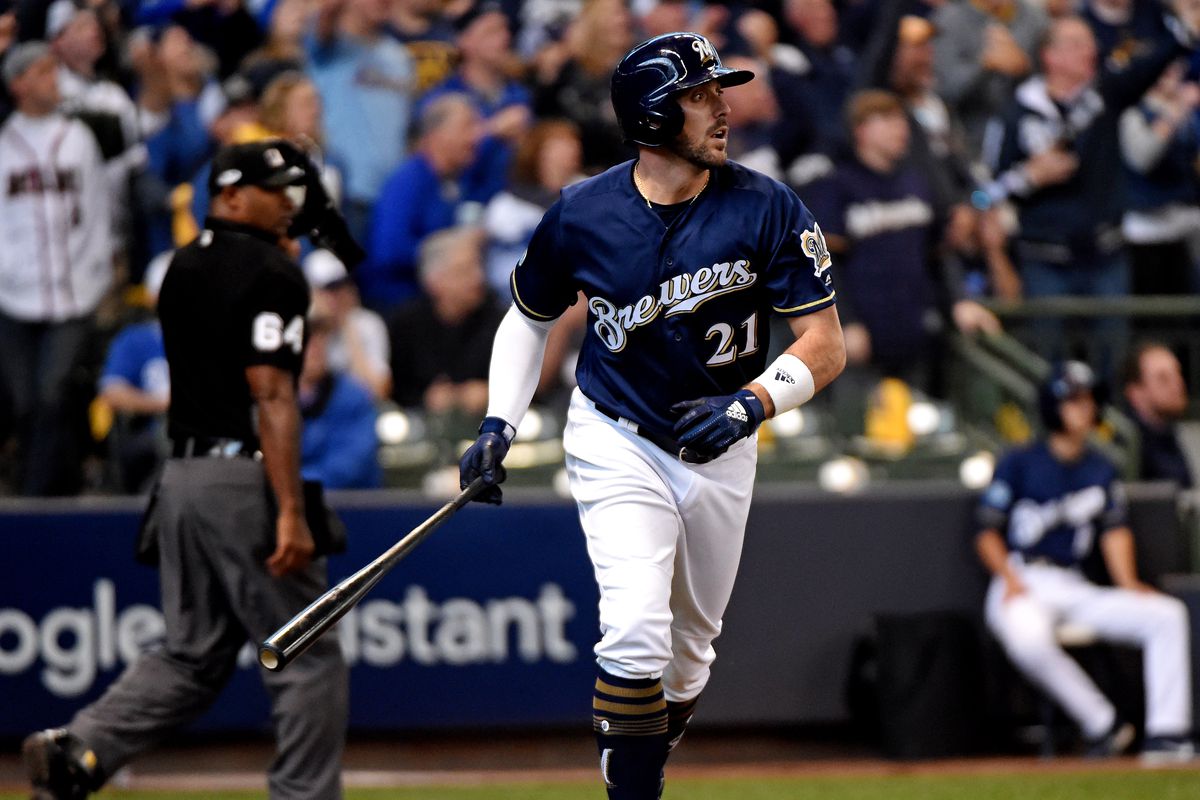 Always calm and collective, Shaw had put together back-to-back productive seasons, and was coming into a contract year. If he once again hit the ball well, he would be sure to receive big money. And all indications were that he would. 2019 was a big season in Milwaukee and Shaw was expected to produce once again.

But he didn’t. At all. He began the season wretched in a slump, and ended it in one. All season long, he seemed to be pressing himself at the plate and trying to do too much. As the season went on, the slump grew out of control, and Shaw was actually sent to the minors twice in hopes of him re-finding his swing. He would rake in Triple-A, but every time he returned to the big-leagues, he would return to being abysmal, which was hard to see. Shaw had been so key in Milwaukee’s success in 2017 and 2018, and in 2019, he looked lost the entire season. He finished t with the worst stat line of his career : .157, with 7 homers, and 16 driven in. After his disaster of a season, Shaw eventually left for the Toronto Bluejays. In Toronto, Shaw put up decent numbers in a shortened season.

In 2021, Shaw was back with the Brewers, hoping he could regain his touch that he had in 2017 and 2018. Shaw earned a spot on the roster with solid play in Spring Training, and on Opening Day, he hit a ninth-inning game-tying two-run double. Shaw, a fan favorite, was welcomed back to the city with open arms and delivered in his first game back. Many thought that he would return to his normal self. And in his first month of the season, he mostly did. He led the club in RBI, and assumed the role of starting third basemen.

However, once May hit he fell into a tough, almost month long slump. He saw his batting average drop over 25 points in a single month. Then in early June, on a diving attempt in Cincinnati, Shaw dislocated his shoulder, which put him on the 60 day Injured List. By the time he was able to return, the Brewers didn’t have a need for him on the team. That all leads him to where he is now, as a a member of the Boston Red Sox. With infield depth at a high, it just didn’t make sense for the Brewers to bring Shaw back.

Shaw’s time in Milwaukee will forever be associated with the tremendous highs of 2017 and 2018, and the tremendous lows of 2019 and 2020. Shaw was a player that jumpstarted the rebuild, and put the Brewers in position to contend. But he eventually lost himself at the plate to a point where he could not be brought back. Shaw was beloved by Brewers fans, but at this point, its best to move on. Best of luck in Boston.