The Packers have been thin at safety for much of training camp. Adrian Amos and Darnell Savage came in as the clear starters but injuries have been a problem for the position. Savage was injured on Family Night and the back ups have had a slew of injuries. This led to one Packers starting CB switching positions today at practice. Rasul Douglas got some reps playing safety during Tuesday’s practice.

This isn’t unheard of for Douglas’ career. When he was with the Eagles fans and media members were clamoring for Douglas to get reps at safety. They felt his skill set, specifically his ball-hawking skills, would make him excel in the safety position. When injuries ravaged the Eagles, he got his chance. He held his own as the Eagles beat the Giants 34-13 on a Thursday night. Douglas talked about how he will play any position at any point and it seems he has not lost this attitude. It is a very similar situation with the Packers. Injuries have caused others to step up and it seems like LaFleur wanted to see what Douglas could do at safety.

Was This An Experiment or a Sign of Things to Come?

That does it for practice.

Player of the day: Tyler Davis

Story of the day: Rasul Douglas getting reps with the starting safeties in base & nickel.

Ultimately we don’t know. Interestingly enough, Douglas played safety in both the base defense and nickel packages meaning this seems like something LaFleur and his staff were actually trying out. It’s clear that the Packers value him as a playmaker on the field and may be looking to give him more opportunities. At CB, Jaire Alexander and Eric Stokes have firmly locked up the CB1 and CB2 spots respectively. Playing safety could give Douglas more opportunity to be on the field for all downs. 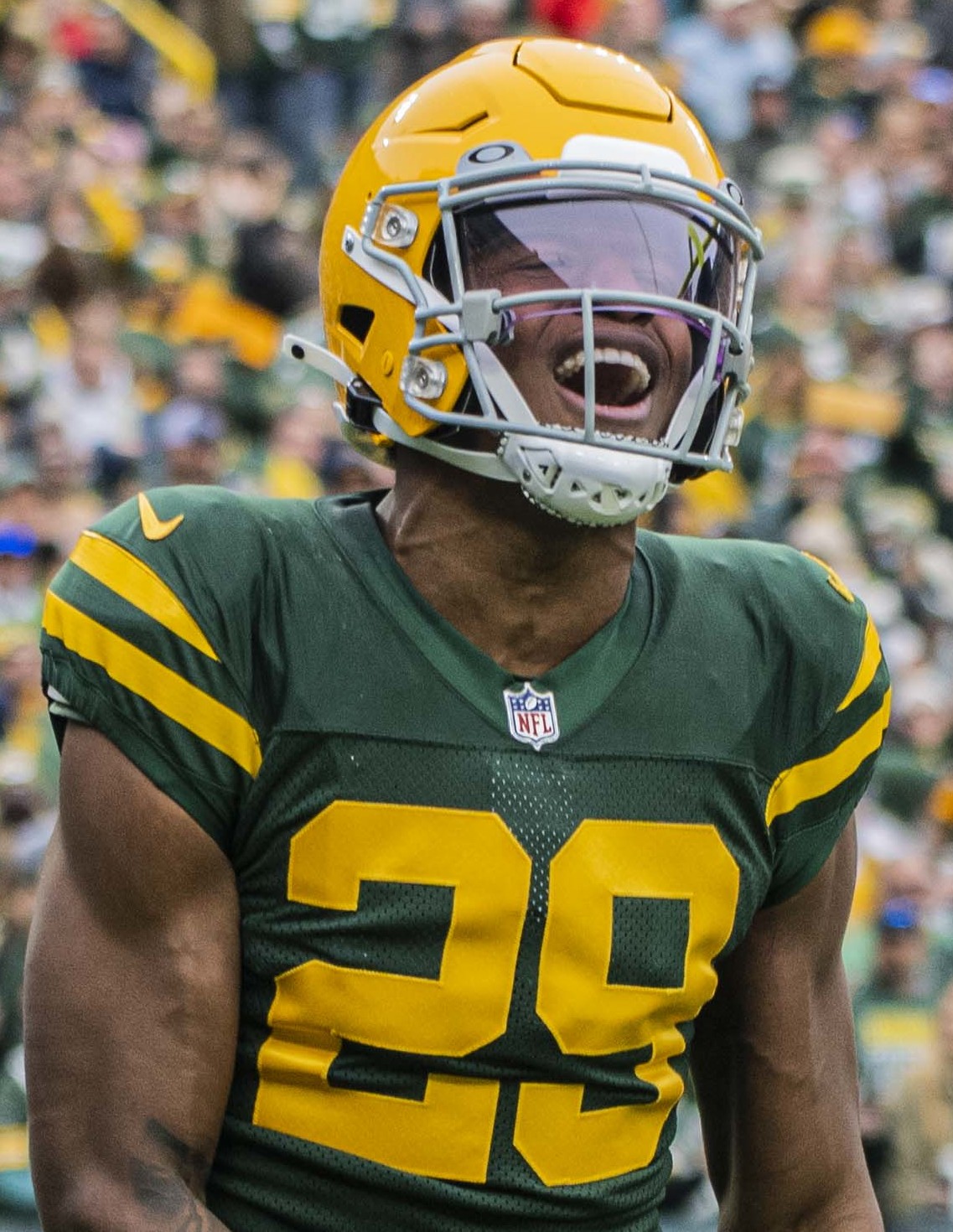 This is where things get interesting. The Packers have a logjam at 2 positions. The first is wide receiver. There has been much discussion about how many receivers the Packers will keep. If the Packers keep 7 receivers, they will have to sacrifice depth elsewhere. The second is offensive line. There’s a chance that the Packers keep 10 offensive lineman considering how well tackle Caleb Jones is playing with the second unit. Rasul Douglas playing safety would mean that the Packers could free up a roster spot to keep more depth at one of those positions.

Only time will tell whether this is a long term solution or an interesting experiment. A lot also depends on the severity of Savage’s injury and whether other safeties show out in the final preseason game. Only time will tell but Rasul Douglas playing safety is a story to watch.