The Milwaukee Brewers made big headlines in the past two days as the MLB Trade Deadline came and went. The Brewers traded Four-time All-Star Josh Hader to the San Diego Padres for Taylor Rogers, Dinelson Lamet, and two prospects. Mark Mathias and Antoine Kelly were also shipped to the Texas Rangers in exchange for relief pitcher Matt Bush. Finally, in the final hours before the trade deadline, reliever Trevor Rosenthal was acquired from the San Francisco Giants in exchange for Double-A outfielder Tristan Peters. As many fans have pointed out on social media, David Stearns and company failed to bring an upgraded bat to Milwaukee. Stearns addressed this question before the deadline even passed, saying that he could not see a clear position of need on the team. No bats moving surprised Stearns also, according to Adam McCalvy,

The Brewers were in trade talks about bats today but obviously nothing got to the finish line. David Stearns said he was a bit surprised about some of the bats that stayed put around the league today.

Now that the MLB Trade Deadline has passed, the Brewers have a plethora of bullpen arms, which is not a bad thing. They have a couple of very exciting prospects as well. But three glaring questions remain in the wake.

#1. Why Was Pedro Severino Not Moved at the MLB Trade Deadline?

I am sure that Pedro Severino is a good person. Aside from his positive test for PED’s and subsequent suspension, there have been no negative headlines about him as a person. However, that does not adequately defend his current placement on the Brewers’ roster.

It would be understandable if Severino were regularly contributing at the plate, helping the Brewers at least make the playoffs. However, since his return, he is hitting .222/.333/.333 in eight games and 18 at-bats. Severino has struck out in seven of these at-bats, including one with the bases loaded in the Brewers’ 5-3 loss to the Pittsburgh Pirates on Tuesday.

Meanwhile, Keston Hiura is hitting .318/.444/.682 with five home runs and 16 RBI in Triple-A. While with the Brewers this season, Hiura led the team with a .805 OPS while slashing .235/.354/.451. Now, I am not saying that Hiura is perfect. However, he can play first base, second base, and left field. On the other hand, Severino can play catcher and first base (I guess). Hiura is the better hitter. They both hit right-handed too. Severino is not getting any consistent playing time behind Narvaez and Caratini at catcher or Rowdy Tellez at first.

Therefore, we must ask, why is he on the roster past the MLB Trade Deadline?

#2. What Is the Plan With All of These Highly Regarded Triple-A Outfielders Post-MLB Trade Deadline? 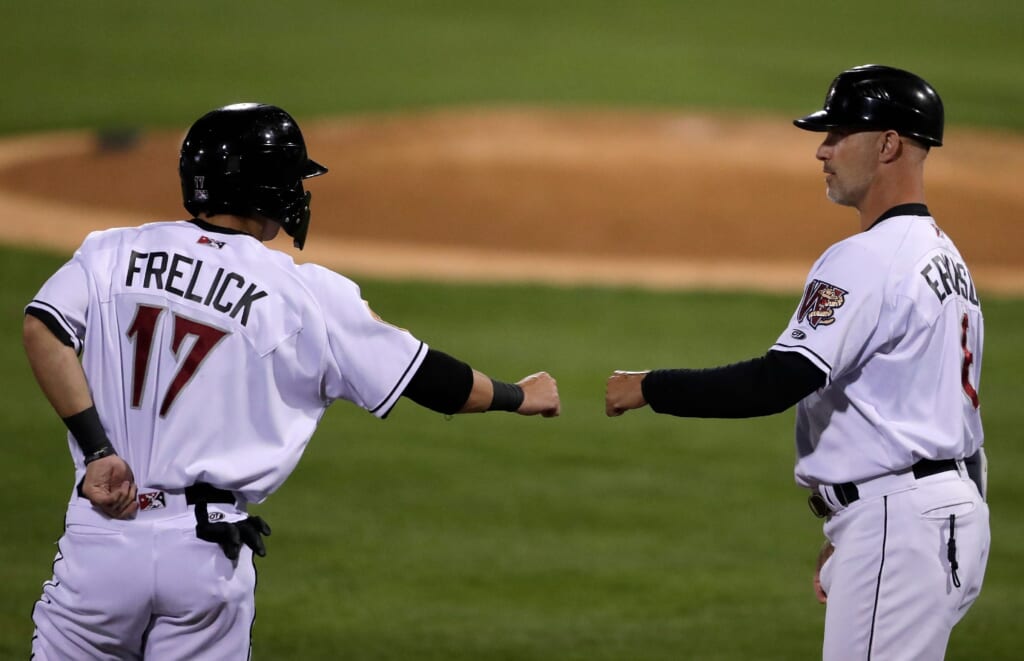 Lost in the MLB Trade Deadline excitement was the news that the Brewers promoted three of their top four prospects to Triple-A Nashville. Sal Frelick (#2 prospect), Joey Wiemer (#3 prospect), and Garrett Mitchell (#4 prospect) have all joined the Sounds. Frelick got off to a hot start, lacing an opposite-field double on his first pitch seen with the Sounds.

The Brewers sent Esteury Ruiz, one of the prospects that the Brewers acquired for Josh Hade before the MLB Trade Deadline, to Triple-A. While in the Padres’ system, he hit .333/.467/.560 with 13 home runs, 46 RBI, and 60 stolen bases. After coming to the Milwaukee organization, he ranks as the ninth-best prospect in the Brewers’ minor league system.

This means that four of the Brewers’ top-10 prospects are all outfielders in Nashville. Jackson Chourio, the Brewers’ top prospect, is also an outfielder, though still a couple of years away from making it to the Majors. With many exciting players playing outfield, one has to wonder what the future of the Brewers’ outfield will look like.

Christian Yelich, of course, is under contract until after the 2029 season. Tyrone Taylor still has four years of team control remaining before free agency. Hunter Renfroe has one more year of arbitration after this season before becoming a free agent. Let us not forget, as mentioned before, that Keston Hiura has been playing outfield as well. We would also be remiss if he did not mention Jonathan Davis, called up after Lorenzo Cain was designated for assignment.

Perhaps we should re-word our question With all of these up-and-coming prospects so close to the Majors,: who is getting traded this offseason?

#3. If the Brewers Can’t Afford Josh Hader, Who Can They Afford? 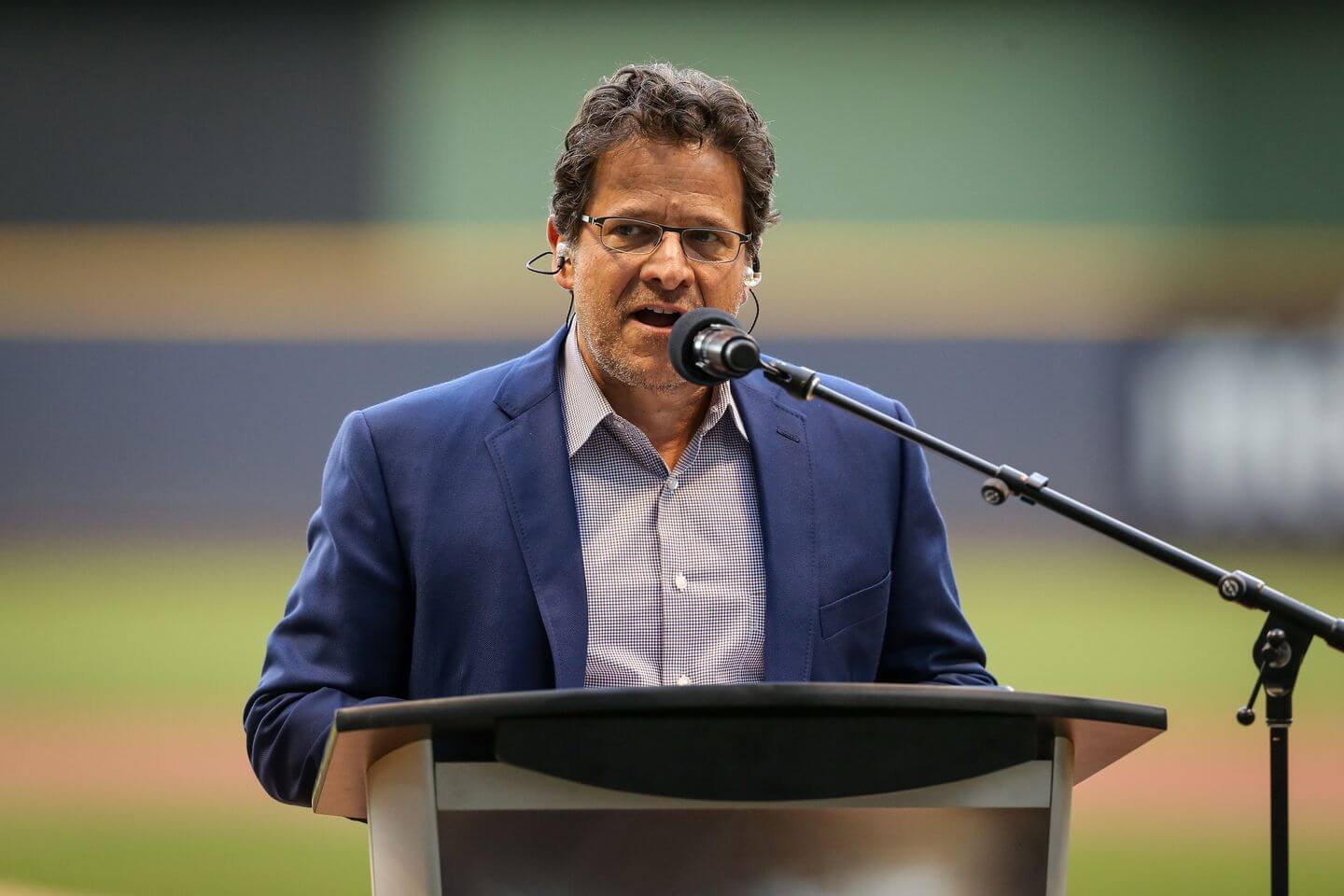 The Brewers moved Josh Hader leading up to the MLB Trade Deadline to maximize his value before he hits free agency in 2024. He expects to garner the richest contract ever for a relief pitcher at that point. Ryan Finkelstein of Just Baseball wrote earlier this year that Hader could be the first relief pitcher to get a $100 million contract.

The Brewers were unable (or willing) to meet whatever contract demands Josh Hader may have. They will face similar decisions in a couple of seasons with Corbin Burnes, Brandon Woodruff, and Devin Williams. If giving Andrew McCutchen $8.5 million “broke the bank,” what will signing their three best pitchers do? Are the Brewers even planning on trying to extend one, two, or all three of them?