The Green Bay Packers showed themselves as Super Bowl contenders dominating the Tennessee Titans Sunday night. The Titans showed they were not prepared to play in the elements on a snow covered frozen tundra, a typical evening at Lambeau Field in December. The Titans offense played slow for much of the first half and it showed in their cuts in the slippery conditions. The Packers took advantage of a sloppy Titans team and dominated in all fashions winning 40-14. What were some of the key takeaways from the Packers victory? 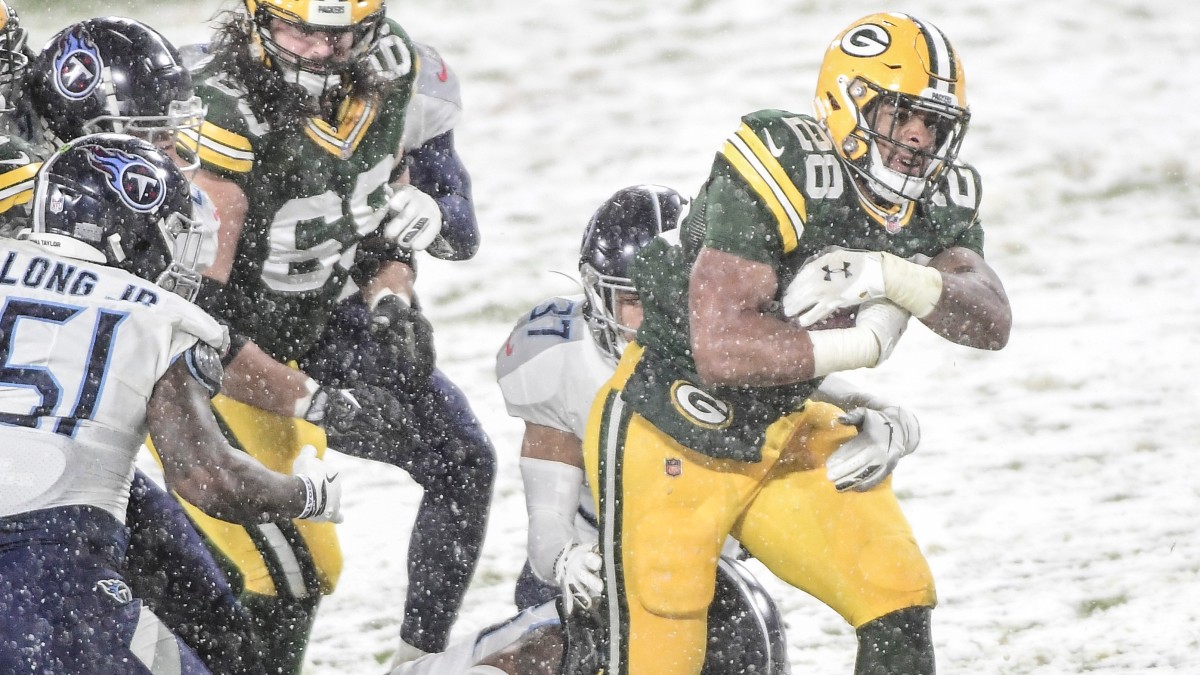 A.J. Dillion had a prime opportunity to showcase why the Packers took him in the second round of the 2020 NFL draft after Jamaal Williams was ruled out and he delivered in a big way. The 2nd round pick brought a power element to the running game, fighting for tough yards before exploding for a 30 yard touchdown run in the 3rd quarter. He added another one in the 4th, bowling over multiple Titans defender before reaching for the end zone. Dillion finished with 124 yards on 21 carries (5.9 avg) with two touchdowns. Aaron Jones would not to be outdone, rushing for 94 yards on ten carries and adding two catches for 14 yards. The Packers combined for 234 yards on the ground, allowing Aaron Rodgers to take a backseat to the Dillion and Jones show. 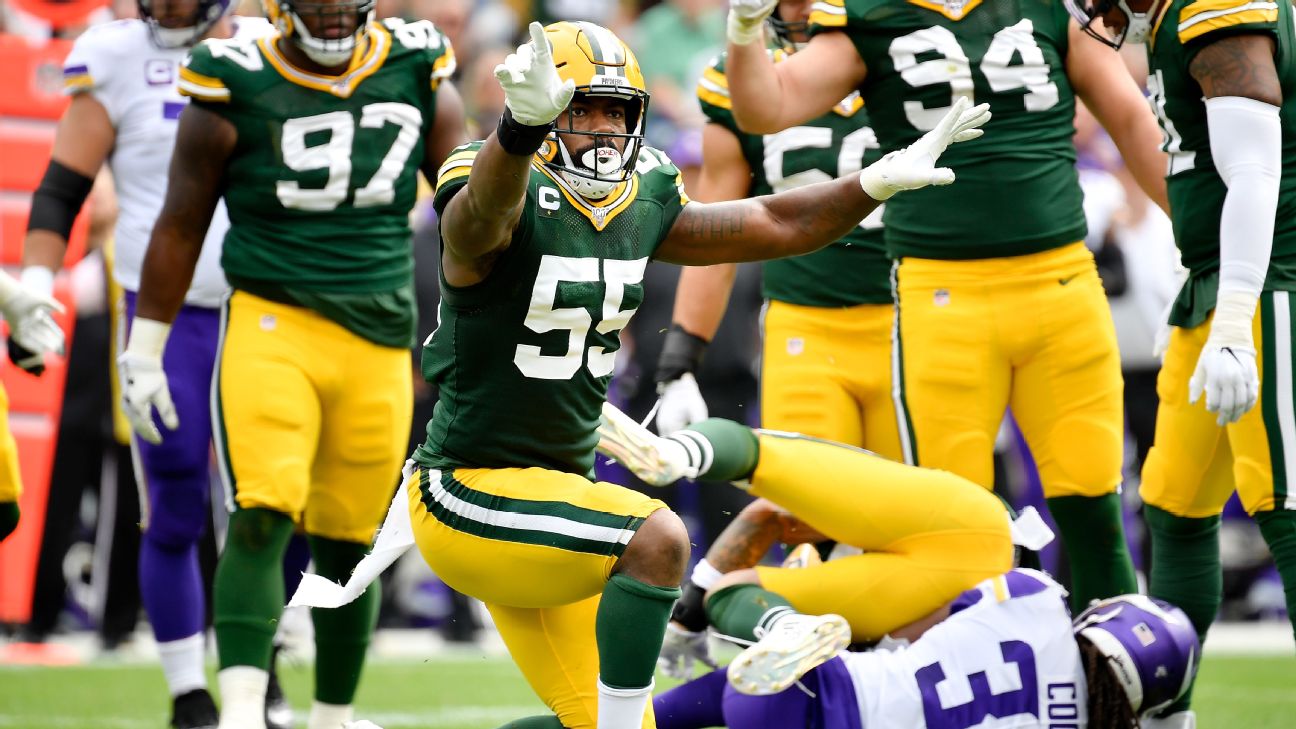 The defense and particular the front seven were the MVP’s of the game, even with the offense putting up 40. They consistently pressured quarterback Ryan Tannehill, sacking him twice and pressuring him on both of his interceptions. Not only were they able to pressure Tannehill, but they were able to limit the NFL leading rusher Derrick Henry. Henry was held to under 100 yards (98) on 23 carries, the first time since week 13. The Packers front seven consistently limited Henry to any kind of big runs and forced the Titans to produce other ways. A combination of Krys Barnes and Kamal Martin in the middle of the defense kept Henry at bay. Defensive Coordinator Mike Pettine might have also saved his job with a great game plan. 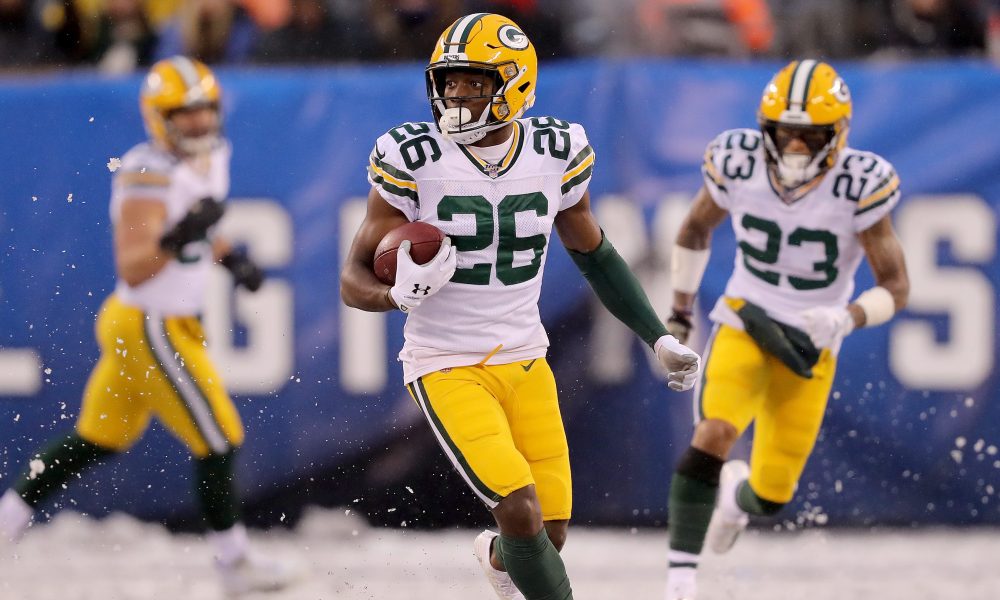 The secondary shut down the Titans passing game, lead by Pro Bowl corner Jaire Alexander. The secondary intercepted Tannehill twice. Darnell Savage Jr. and Christian Kirksey each had one. Savage Jr. nearly had a second, but went through his hands. Tannehill had a meager 40.5 rating, throwing for only 121 yards on 24 attempts and completing 11. Stud receivers A.J Brown and Corey Davis were held to a combined four catches on 43 yards, however all were by Brown. Alexander shadowed Davis most of the night, holding him to zero catches on two targets. Alexander has turned into one of the best lockdown corners in the league and makes even the best receivers disappear. The defense had their best performance this season and may be hitting their stride at the right time.