Giannis Reacts to Massive Mural Being Painted in Milwaukee Few NBA players have an an impact on a city the way that Giannis has had on Milwaukee.  The city’s visitor’s bureau put some dollar figures to the team’s historic playoff run to a championship in 2021. The Bucks brought $57.6 million in direct and indirect spending to the city.  That according to an estimates release by Visit Milwaukee Monday. About half of that was just during the Finals.

The previous rounds in 2021 against the Atlanta Hawks, Brooklyn Nets and Miami Heat brought $14.1 million, $12.8 million and $2.7 million in total economic impact, respectively, according to the estimates.  That is not to mention the current playoff run the Bucks are in the middle of.  With all that being said, building a mural in the middle of the city only seems fitting, right?

Artist Mauricio Ramirez is painting a 54-foot by 56-foot (three-story tall) mural of Giannis on the east façade of the 600 EAST building at 600 E. Wisconsin Ave. in downtown Milwaukee.

The Progression of Giannis’ Mural: 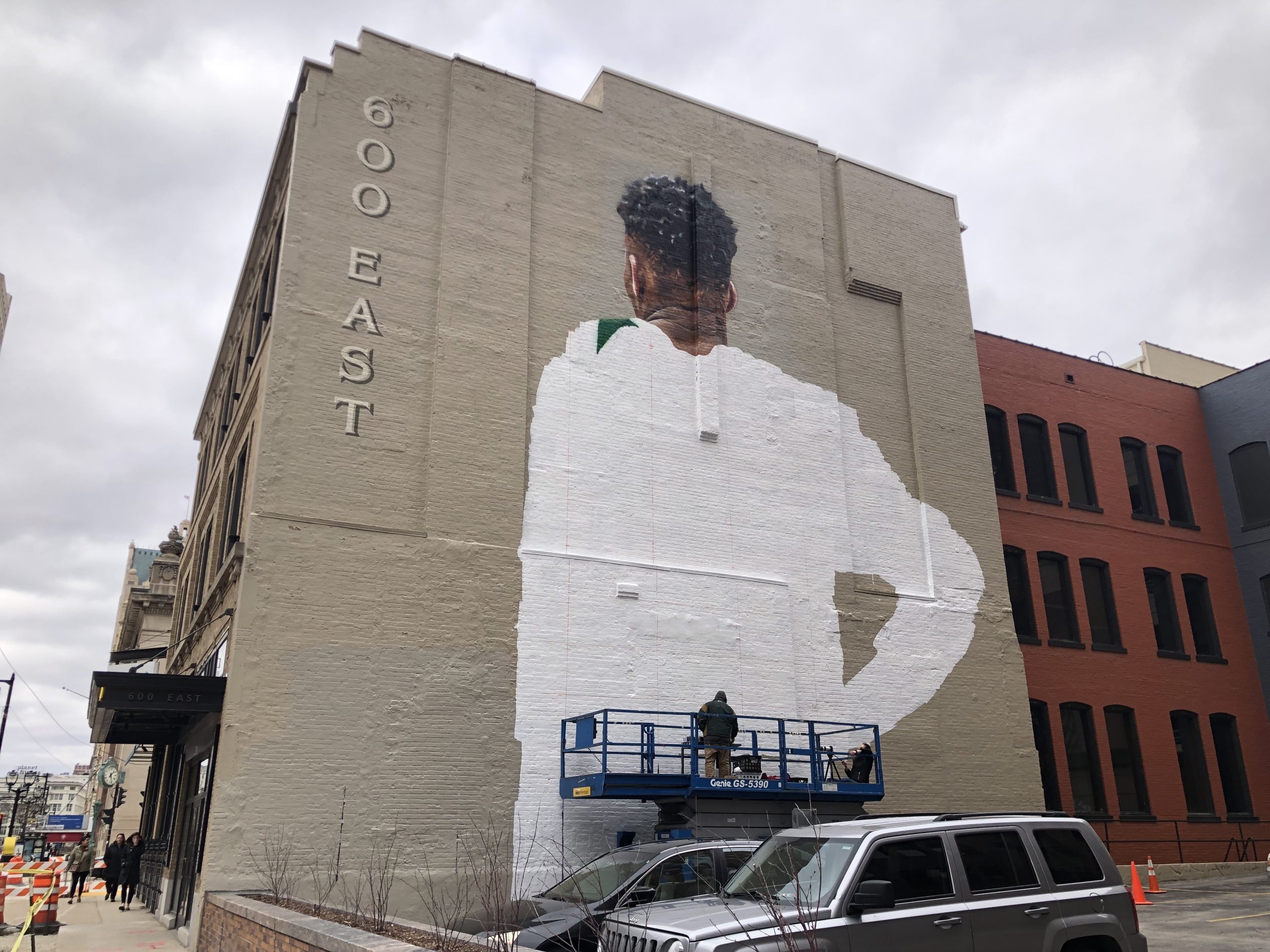 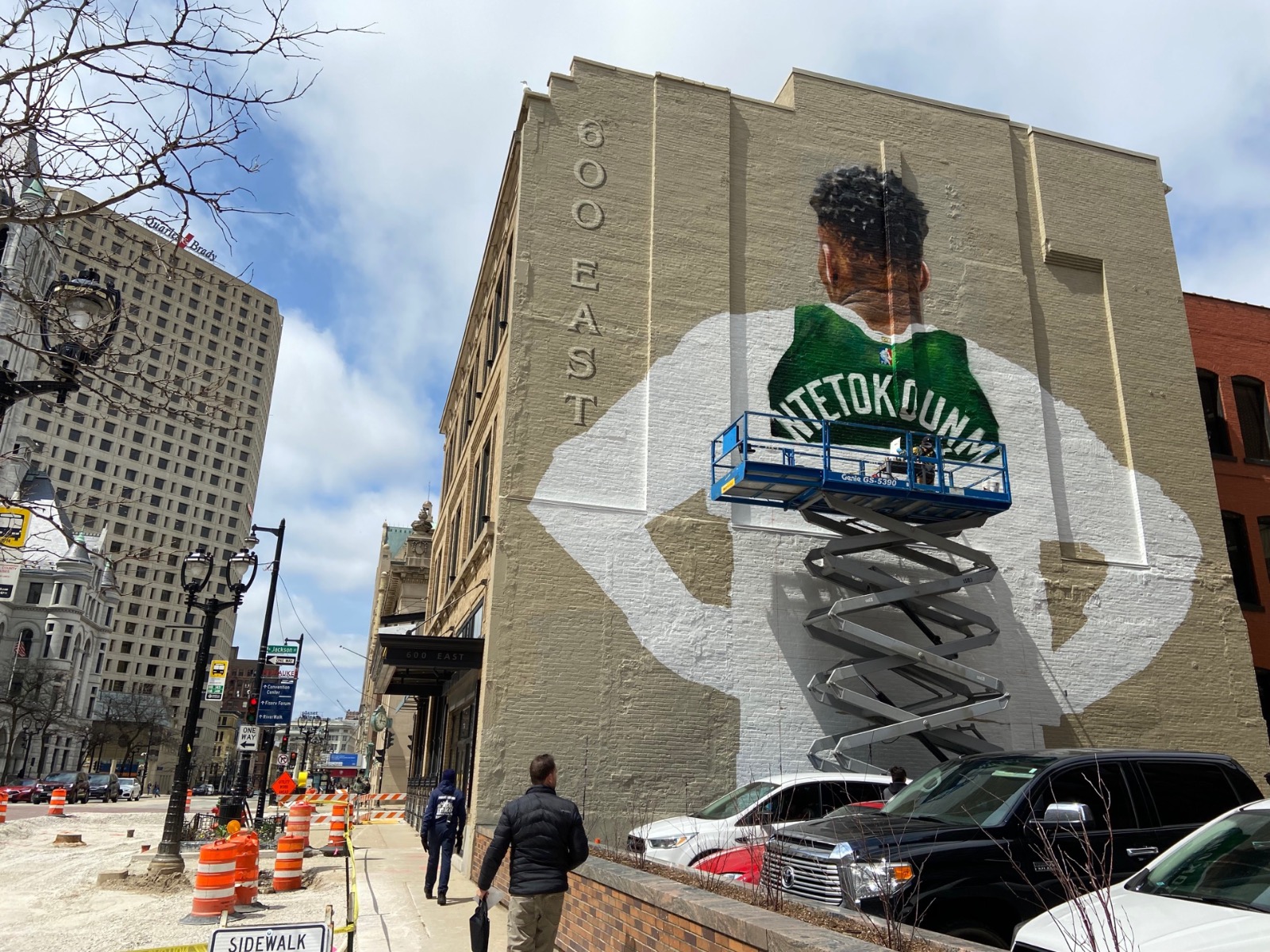 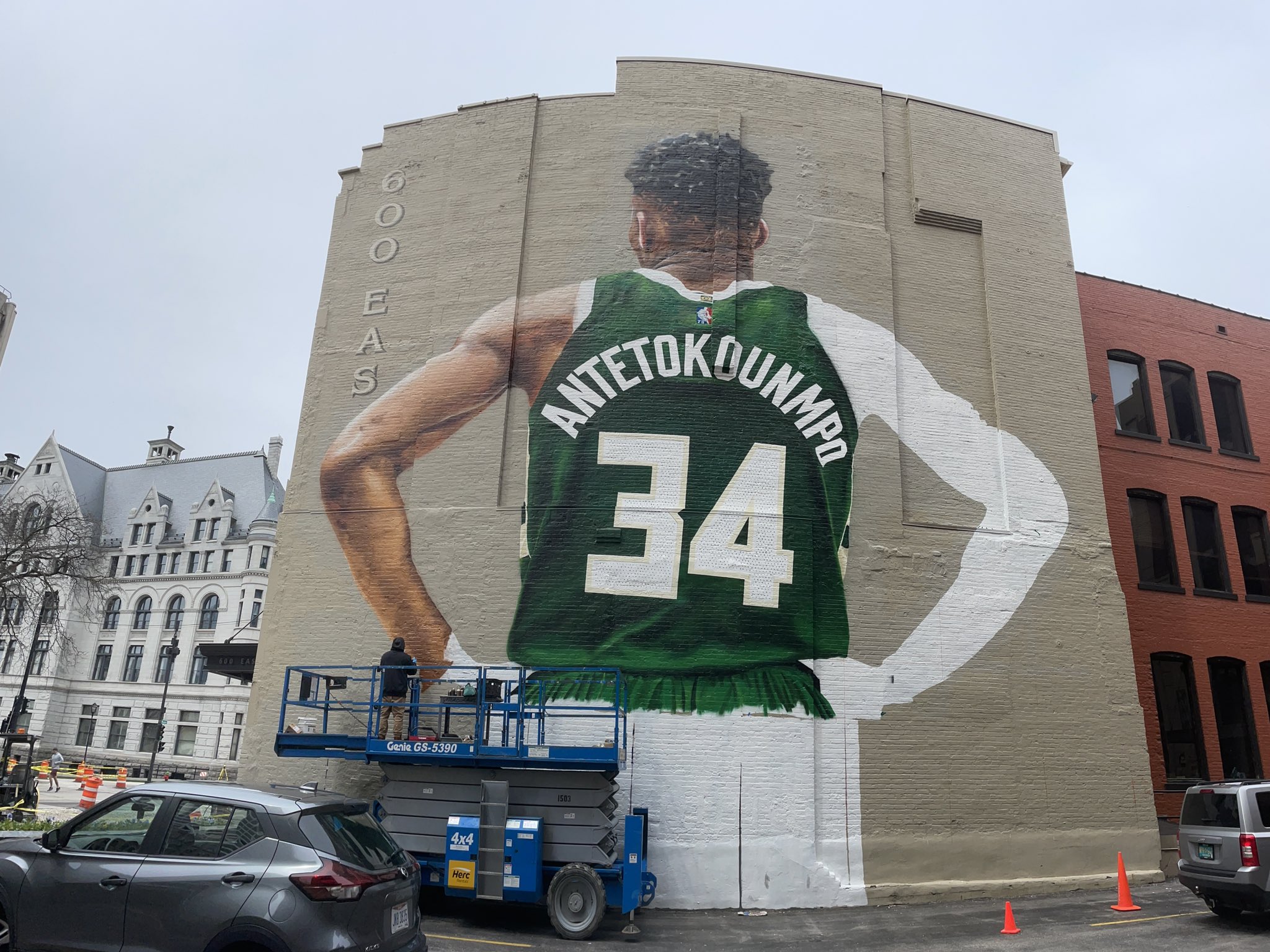 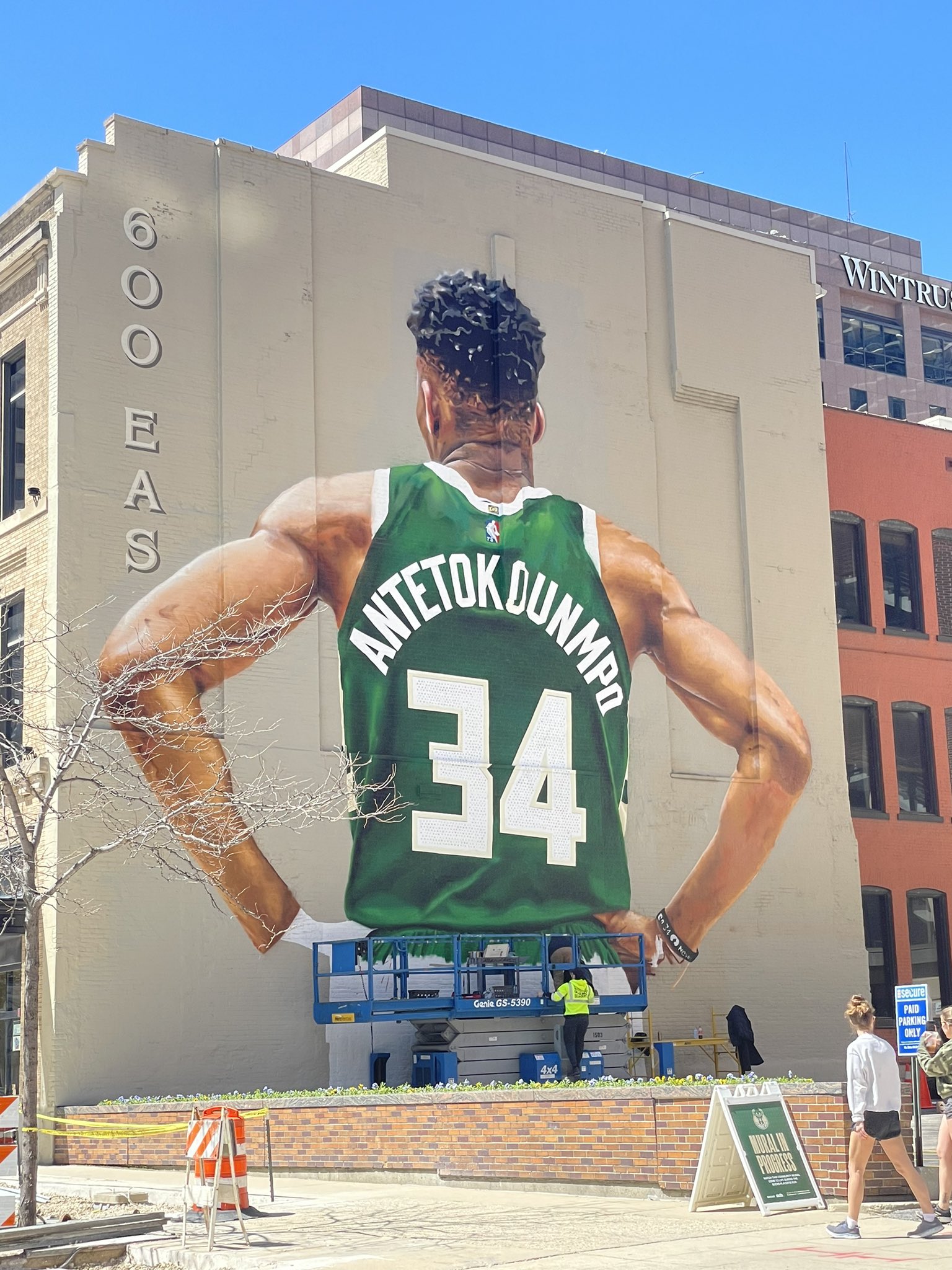