Could 2022 Be the Last for Aaron Jones with the Packers? There are few players on the current Green Bay Packers team that are more popular than Aaron Jones. Jones, a one-time Pro Bowl running back, is certainly one of the most underrated running backs in the NFL. He has gone over 1,000 yards from scrimmage in each of the past two seasons. Last season, both Jones and AJ Dillon eclipsed 1,000 yards from scrimmage. They were the only teammates to accomplish that feat last season. As great as the Packers’ backfield is with both Jones and Dillon, the writing may be on the wall for Jones in Green Bay.

Aaron Jones Has Been a Reliable Running Back for the Packers

The possibility that Aaron Jones’ days may be numbered in Green Bay has absolutely nothing to do with his production. As a former fifth round pick, it could be argued that the Packers have gotten more value out of Aaron Jones than most of their players. In 2017 and 2018 (Jones’ first two seasons), he averaged 5.5 yards per carry, leading the NFL in that stat in 2018. The next year, 2019, Jones led the NFL in both rushing touchdowns (16) and rushing/receiving touchdowns (19). 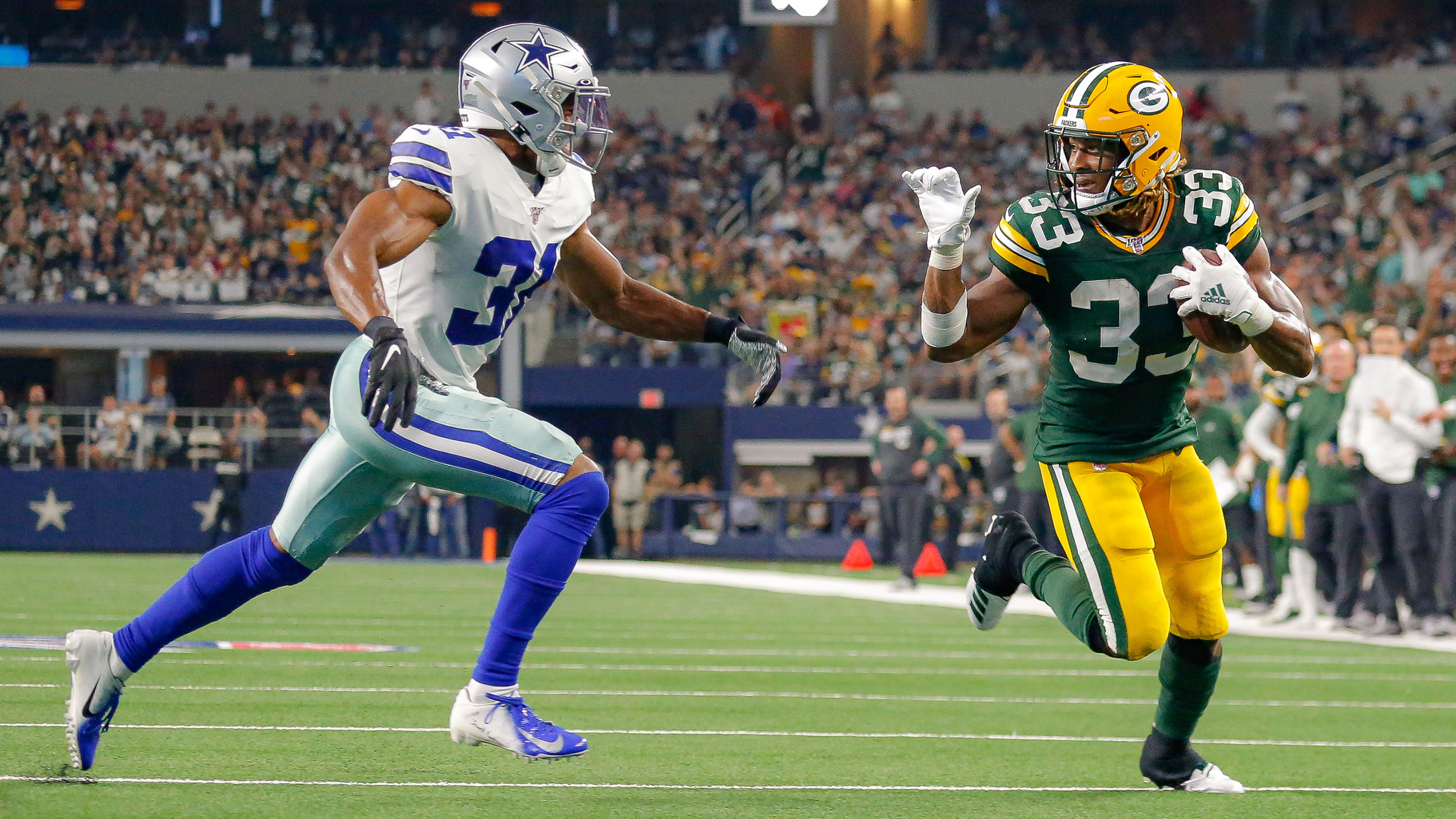 The issue surrounding Aaron Jones’ future with the Green Bay Packers surrounds his current contract. Jones signed a four-year $48 million deal last offseason. After two cap-friendly seasons, his cap hit will climb to over $20 million in 2023. If he were to be cut, his dead cap hit would be around $9 million. The always cap-conscious Packers would save over $10 million by cutting him.

Of course, the Packers could work out a contract restructure with Jones to keep him around longer. However, as he gets older, this possibility becomes less and less likely. How well he produces in 2022 could determine his long-term future with the team.