The Milwaukee Bucks lost their fifth straight game on Thursday night.  In their second straight game against the Toronto Raptors, they got blown out at home 110-96.  It was the first time this season that they were held under 100 points.

After defeating the Denver Nuggets on February 8, the Bucks were on a five-game winning streak.  Since then, they have dropped five in a row.  During their losing streak, the Bucks offense is averaging just 111.4 points per game.  This is nearly 10 points below their season average.  On the defensive side, they are giving up a whopping 120.4 points per game.  This is, in a word, inexcusable.

What Is Going Wrong? 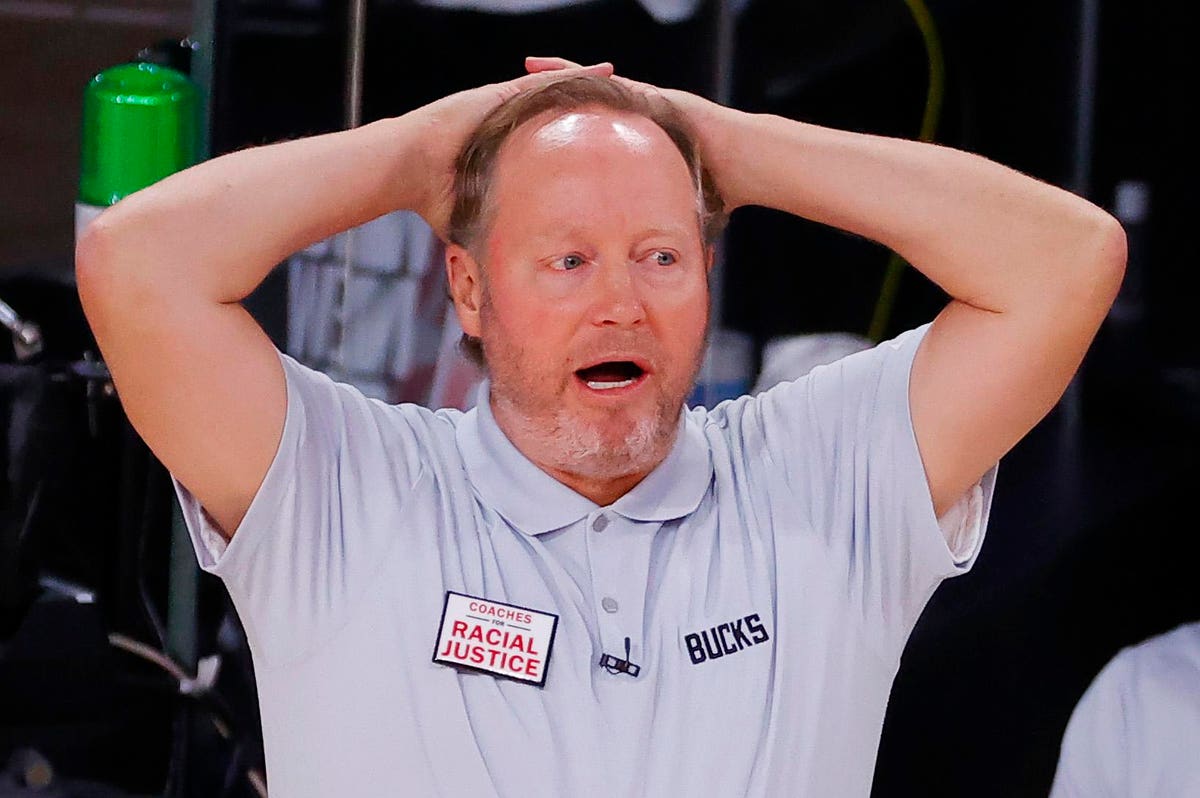 Going into this season, it was clear that the main priority, besides extending Giannis Antetokounmpo, was to get Giannis help.  As was evident by the team’s two playoff exits, Giannis just cannot win it all by himself.

When the Bucks are playing well, Giannis is able to play off ball and let the offense move through other players.  He still gets his, but his usage rate is lower.  However, in the last four games, Giannis has had to shoulder the entire load.  In four of the last five games, Giannis has led the team in points, rebounds, and assists.  Now, while this could point to the greatness of Giannis (and he is great), it also points to the fact that the rest of the guys are not doing what they were brought in to do.

Of course, the players deserve some of this blame.  However, some (maybe more) needs to be shouldered by Coach Budenholzer.  Over the last five games especially, Coach Bud has struggled to make meaningful adjustments during games.  Not only are Bucks players being outplayed, Coach Bud is being out coached. 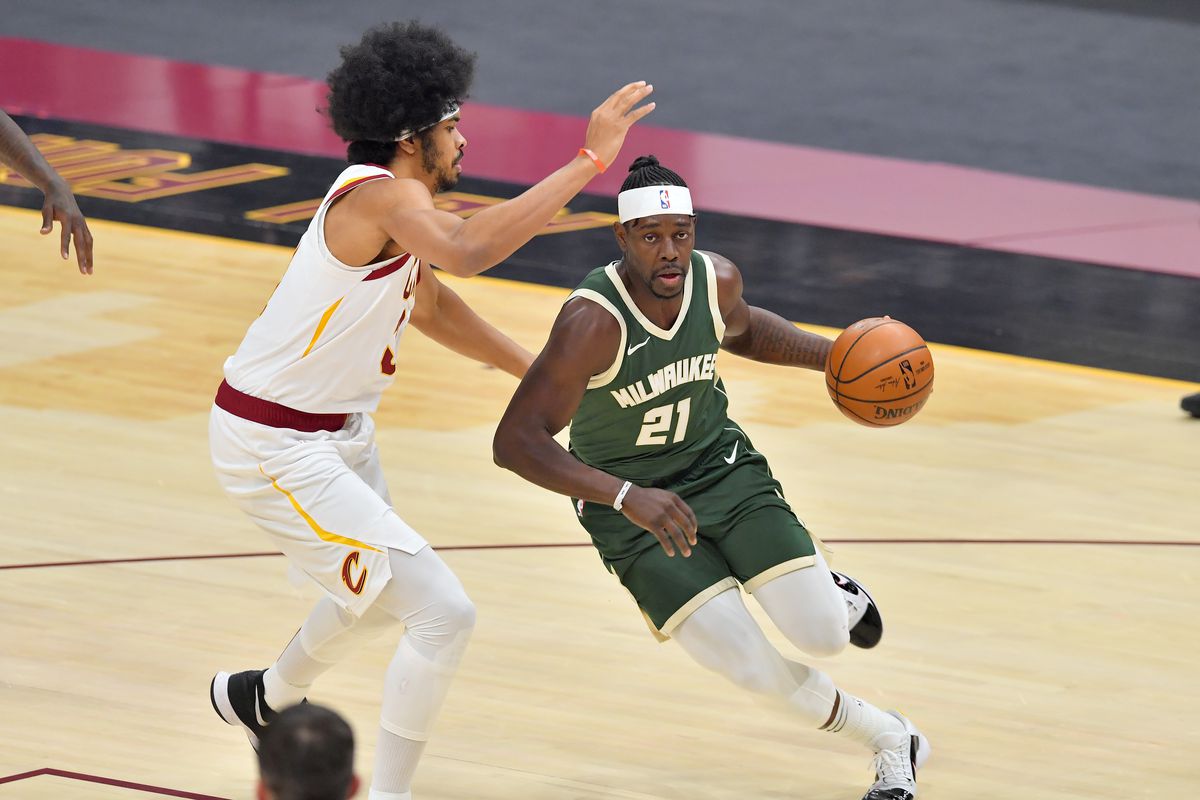 The Milwaukee Bucks have been without Jrue Holiday since before their losing streak.  Holiday is in the NBA’s healthy and safety protocol.  Without Holiday, the Bucks are missing perhaps the heart and soul of their defense.  Holiday is very much a coach on the floor, calling switches and communicating with his team on both sides of the floor.  No one has picked up that role in his absence, and the Bucks are missing him greatly.

Lost Another Series to the Raptors 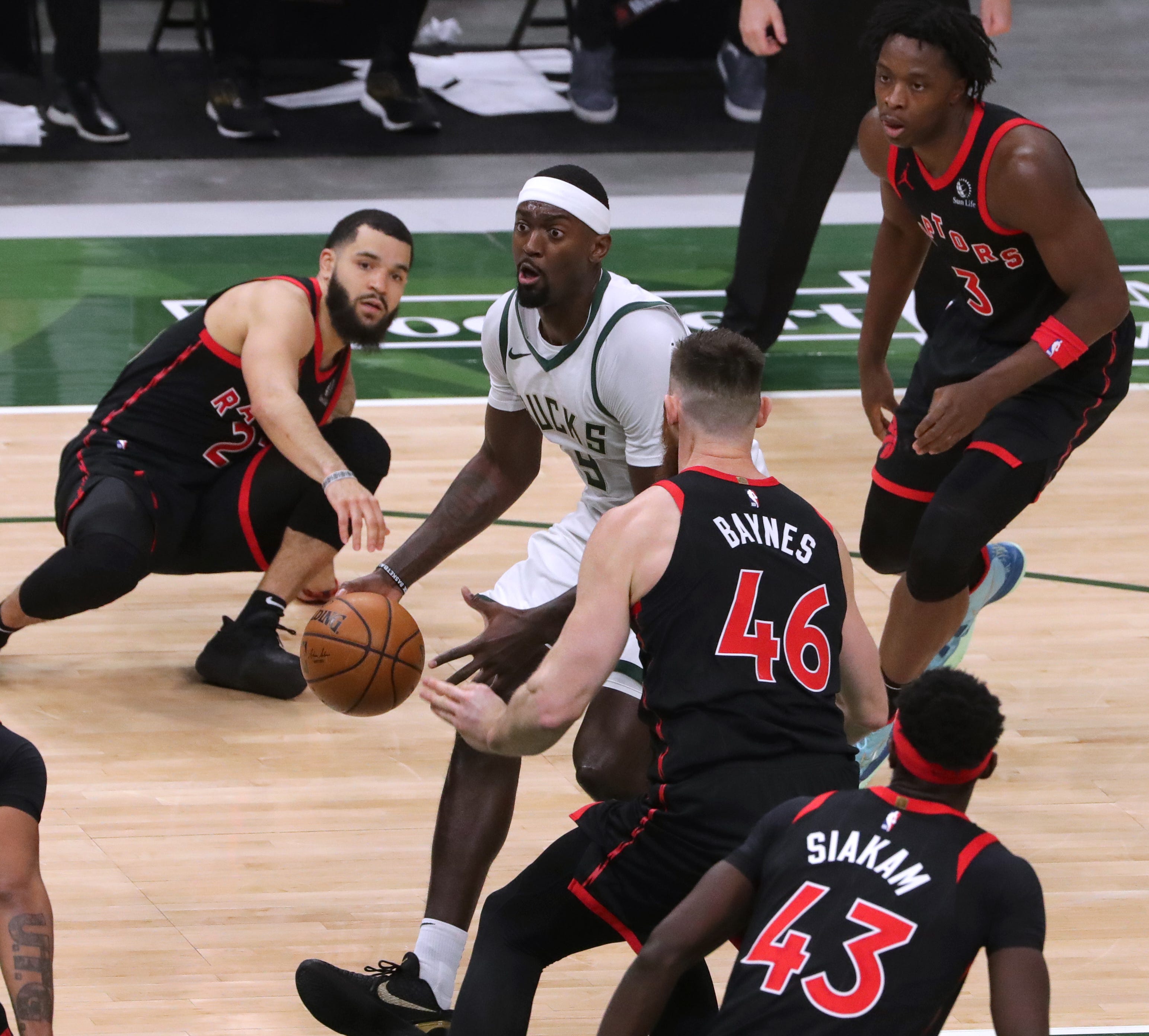 With their loss tonight, the Bucks lose the season series to the Raptors 2-1.  Raptors’ shooting guard Norman Powell torched the Bucks for 29 points in 31 minutes.  He was 9/12 from the field, including 4/7 from three.  Pascal Siakim added 27 points on 50% shooting from the floor.  Siakim was also 7/7 from the line.

The Bucks were, once again, led by Giannis Antentokounmpo.  The Bucks’ star, who was named an All-Star starter once again earlier in the night, had 23 points, 11 rebounds, and eight assists.  While all other Bucks starters scored in double figures, no one had more than 14.  The team also shot a woeful 29.4% from three.

The Bucks will try to end their losing streak Friday night against the Thunder.  The Thunder defeated the Bucks 114-109 earlier in the week.