The Bucks traveled to Oklahoma City for a matchup against the Thunder on Sunday night. Following a loss to the Utah Jazz, Milwaukee was looking for a win to bounce back from a two-game skid. Unfortunately, the Bucks fell short of the mark, losing by five points. What was the good, the bad, and the ugly in this matchup? Let’s take a look at our Bucks vs. Thunder recap!

The Good: Another Big Night from Giannis

Giannis Antetokounmpo recorded a triple-double Sunday night with a stat line of 24 points, 17 rebounds, 10 assists, three blocks, and three steals. According to @jkubatko, Giannis notched his 11th triple-double with multiple steals and blocks, tying LeBron James for the most such games in NBA history. Giannis had an outstanding performance and once again proved why he is reigning MVP. Giannis led the team in scoring on Sunday night, with Khris Middleton right behind him. The dynamic duo was able to take over early but fell short in crunch time.

A theme when it comes to losses is the questionable rotations set out by Coach Budenholzer in crunch time, and Sunday night was no different. The most questionable choice of the night was Budenholzer pulling Giannis for Pat Connaughton with four minutes left in the game. Connaughton was given 23 minutes last night and was -5 in those minutes. When a team has a player like Giannis, the MVP who can take over in the clutch, it does not make sense to put in someone like Connaughton who has consistently underperformed this season. Sloppy defense and a costly turnover by Connaughton was about the “nail in the coffin” and when Giannis was slotted back in, it was too late. The video below shows the sloppy defense by Connaughton.

The Bucks have a big issue to address, and that is their bench. Everyone knows what the starting lineup can do, but once the Bucks start to roll out the bench, it starts to get ugly. Aside from Bobby Portis, the bench performed horribly. Pat Connaughton had 23 minutes Sunday night. In those minutes, he scored seven points, seven rebounds, and one assist. While that seems like a relatively decent stat line, the eye test tells other stories. Connaughton’s defense is a serious issue that needs a major turn around. In 22 minutes, DJ Augustin was able to produce one point and seven assists. Augustin has been extremely disappointing so far this season and has not been the guy we need to be a reliable option off the bench. Torrey Craig had 13 minutes, 0 points, two rebounds, and one assist. Once again, very poor production. The bench needs to step up and they need to soon. 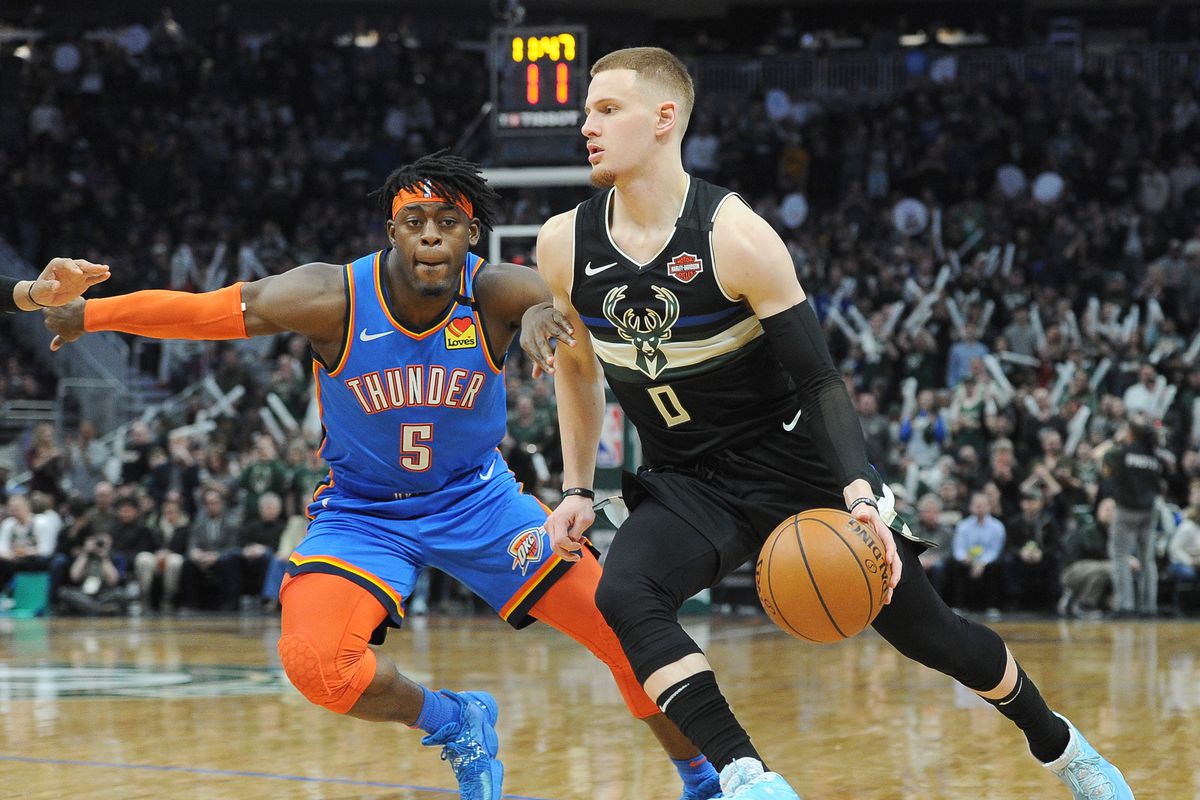 Jrue Holiday is sorely missed on this team. We can only hope he is able to come back in a short time frame. Shooting woes and poor bench production was a recipe for disaster last night for the Bucks. Now, let’s get ready for the next matchup, the Toronto Raptors. The Raptors should be a team the Bucks can beat, but after recent performances, it may not be as certain as we think.