Being home didn’t resolve the Bucks issues that started after Jrue Holiday tested positive for COVID-19.  A lack-luster performance on both sides of the ball, poor lineups and some questionable calls spelled disaster for Milwaukee.  Being tied at the ends of both the first and second quarters, the Bucks fell apart in the second half.

Giannis Antetokounmpo finished with a game high 34 points to go along with 10 rebounds and eight assists in 37 minutes.  He kept Milwaukee afloat for much of the final two periods offensively.  Meanwhile, Fred VanVleet finished with 33 points on 5-12 from behind the arc for Toronto.  Let me explain how it all went down.

Giannis Goes All Out

Despite the final score, Giannis once again showed why he’s the reigning back-to-back MVP.  Never giving up at any point in the game, he did about as much as he possibly could on his own.  To go along with his team high points, rebounds and assists, Giannis also added five steals and two blocks.  Arguably the biggest bright spot we’ve seen over the past couple weeks has been his improved free throw shooting.  He finished tonight’s game 10/14 from the stripe for a respectable 71.4% rate.  If he can keep this up the rest of the year it will be very hard for anyone to stop him.

Actually, the only true way to stop him at that point would be if the refs don’t give him the calls as they usually don’t.  Despite shooting 14 free throws, Giannis should’ve had a lot more if he was officiated fairly.  He was grabbed, scratched, bumped and held all night long down low.  The Raptors’ undersized lineup had only one way to stop him tonight, it was to play as physical as possible hope they don’t call the fouls.

The most frustrating call though came in the fourth quarter when Giannis was smacked in the face by Deandre Bembry on a shot attempt.  Antetokounmpo fell to the floor in a pain which got the officials to review.  Despite it being unnecessary contact to the head and not an example of the defender going for the ball, a common foul was called.  Never has a reigning MVP been protected by officials less than the Greek Freak.  One of these days he could get seriously hurt because the opposing teams are allowed to manhandle him without repercussion. The best player of the second quarter was undoubtedly Pat Connaughton.  Coming off the bench, he came in and got hot in a hurry.  In his first eight minutes of play he scored 16 points on 4/5 from three.  In addition to the threes, he added two big blocks and a nice dunk.  He scored 18 points total in the period after a scoreless first quarter.

This barrage of scoring from Pat was a blessing and a curse however.  Trying to play the hot hand, Budenholzer kept him in for much of the second half.  Clearly he was hoping he could get hot again.  But instead he scored a lowly two points the entire second half and finished 4/10 from three.  He was great for that quarter but it lead to Coach Bud trusting him too much through the rest of the game.  This loss isn’t on Connaughton at all, but it just adds to the final point of this recap. Both teams were missing tonight from the start, Kyle Lowry also had to leave the game with an ankle injury about halfway through.  The difference came in the lineups used to handle the missing pieces.  Nick Nurse wisely used a small ball lineup against a team that features Brook Lopez in the starting five.  Brook Lopez is just too slow to keep up with quick forwards like Pascal Siakam.  Every possession Brook would either play help defense and sag to the hoop and leave his man open, or get beat off the dribble.

Without Jrue, it is easier for opponents to penetrate inside as well.  When the defense collapses (often too much) the Bucks simply can’t recover quick enough when the ball swings with Brook on the floor.  Despite having a much more athletic big man in Bobby Portis available, Bud often kept Brook in against these lineups designed to take advantage of him.  He consistently was getting beat on defense and giving up offensive rebounds but no adjustment was made.  During a crucial final minutes of a close game, Bud took out Portis and left in Lopez against Siakam.  Let’s hope the Bucks make adjustments for game two on Thursday night. 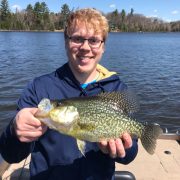 3 Centers the Bucks should trade for

Three Takeaways From Bucks Loss to the New York Knicks