After escaping a late surge from the Penn State Nittany Lions, the Wisconsin Badgers fell to the Iowa Hawkeyes… again. The Badgers fell to the Hawkeyes 62-57. After trailing by six at halftime, Iowa slowly began to chip at Wisconsin’s lead. And with eight minutes remaining, Iowa 50-48. After that, they ended up holding onto the lead until the final buzzer. Here are some key takeaways from the final game before March Madness begins. Another Loss to a Top Team

Wisconsin is 0-9 Against the teams ranked higher than them in the Big 10. Three of those losses have come from Iowa. So clearly, Wisconsin has not been able to figure them out yet. Wisconsin finished the season with zero wins against teams currently in the AP top 25. And this will hurt how high their seed will be if they make it to the Big Dance, assuming they make it. But even considering this, the Badgers will likely fall between a 6th and 9th seed in the tournament.

Wisconsin, once again, struggled offensively. The Badgers shot 38.6% from the field. But they did shoot 41.2% from the three point line. This is even more impressive when comparing it to Iowa’s shooting from deep. The Hawkeyes shot at an abysmal 10% from behind the arc. They ended up making only 2 of their 20 attempts. The perimeter defense from Wisconsin was especially promising in this game. 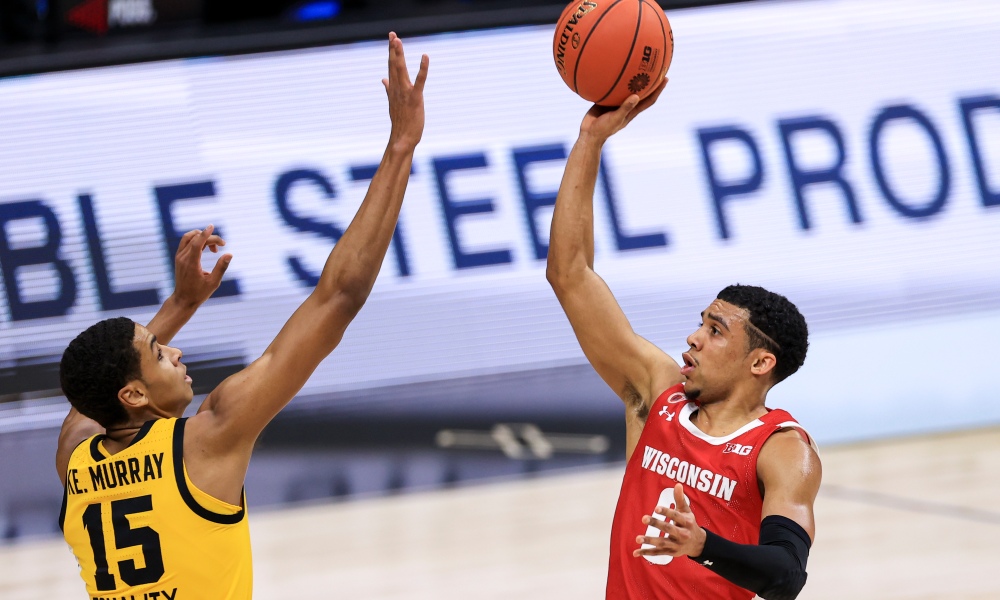 D’Mitrik Trice led the Badgers in scoring with 19 points. He also tacked on two rebounds and two assists. Micah Potter also helped Wisconsin’s efforts. He finished with 17 points and eight rebounds off of the bench. Even though Potter came off the bench, he still played 27 minutes, compared to Nate Reuvers 13.

So the Badgers elected not to use their March magic in the Big 10 tournament. Hopefully, it’ll come during the madness of the NCAA tournament. On Sunday, Wisconsin will officially see if they make it to the big dance, and what seed they will be. And even though they are entering it on a sour note, the Badgers have really made leaps and bounds of progress over the last few weeks. Their offense is looking better in spurts and their defense is still great. This team still has the potential to make some heads roll.