Wait, So Who Did The Bucks Draft? Fresh off hoisting the Larry O’Brien Trophy, the Milwaukee Bucks came into Thursday Night’s NBA draft with the 31st selection. They didn’t hold onto that pick for long. Shortly after the night’s festivities kicked off, the Bucks made a trade with the Indiana Pacers. The Bucks moved the 31st pick to acquire picks 54 and 60 in this year’s draft. They also received additional second round picks in 2024 and 2026.

Who Did the Bucks Draft?

The Bucks went on to use the 54th selection to pick the forward/center hybrid Big East player of the year Sandro Mamukelashvili. For those unfamiliar with him, Mamukelashvili was one of the best players in all of college basketball last season. He is exceptionally skilled offensively with exceptional ball handling for a big man, a solid low post game, and extended shooting range out to the 3 point line.

At Seton Hall, Mamukelashvili also brought the unique trait of being able to screen or handle the ball in the pick and roll. He was excellent as a pick and pop man knocking down three’s. As the ball handler, Mamukelashvili attacked mismatches by taking smaller players in the post or attacking the rim. He flashed the ability to find open cutters as a passer this past season as a senior. Mamukelashvili also showed signs last year at Seton Hall of an above-average passing ability in transition. 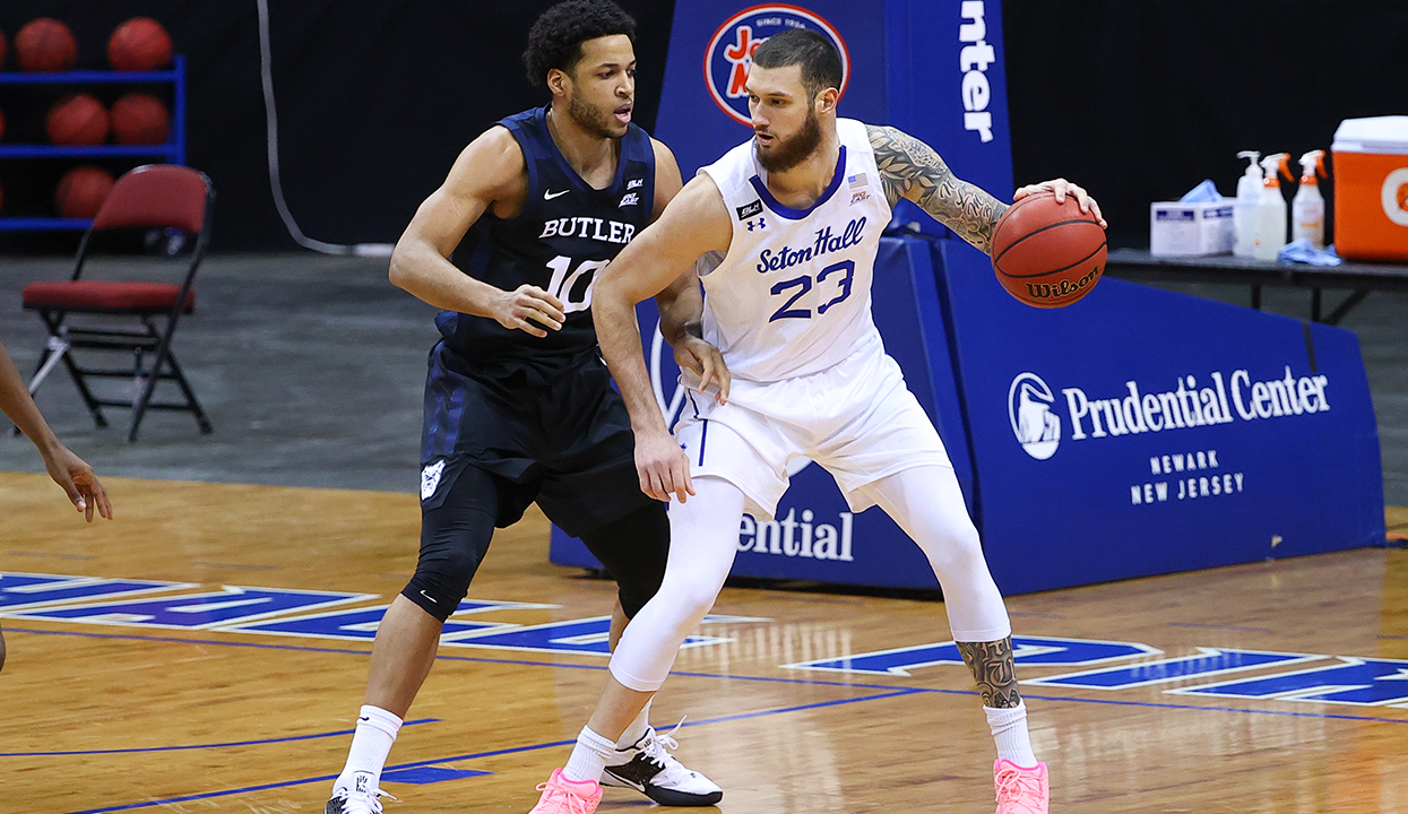 While Mamukelashvili is very talented offensively, the reason for him being available at pick 54 was due to his lack of physicality. There are also concerns over his size and defensive ability. Teams voiced concerns during the workout and pre-draft process over him protecting the rim in the NBA. They additionally voiced concerns over his ability to guard NBA caliber players on the perimeter. At Seton Hall last year, Mamukelashvili didn’t flash a strong rebounding ability and allowed Big East guards to finish at the rim over him. Concerns over athleticism were brought up as well in the pre-draft process.

What Is His Future in the NBA?

Mamukelashvili is skilled enough offensively to be able to hold his own. His fate as an NBA player will be decided by how he develops as a defender. The Bucks could look to develop his defense on the Wisconsin Herd G-League team this season. Mamukelashvili has the upside to at least be a contributing reserve big man in the NBA. However, it will most likely take time for him to adjust defensively to the NBA.

Georgios Kalaitzakis, a combo guard from Greece was the pick for the Bucks at 60. Kalaitzakis played for Panathinaikos, a pro team from Athens last season. He will most likely be a “draft and stash” player for the Bucks.  As such, he probably won’t be a factor on next year’s team. Kalaitzakis is good at cutting and getting to the free throw line. He does not have a very consistent jump shot and is not an elite athlete or defender, which is holding back his NBA future.

Picking late in the draft isn’t exciting for fans. Picking up Mamukelashvili, who has the potential to be an NBA rotation caliber player along with gaining two future second round picks, makes this night a win for the Bucks.