The Green Bay Packers are entering the final stretch the the 2022 season. The scenario is simple: win out and hope for luck to get in the playoffs. Do I think it is doable? That will be a later time to discuss. Green Bay hosts the Los Angeles Rams this coming Monday night. The defending Super Bowl champions have looked like anything but that this season. However, the Packers are not very far behind. These last four week swill be very telling as to how this team responds to no one giving them a chance to make the playoffs, let alone win out. Let’s take a look at three predictions we will see come Monday night: If there is anyone in the NFL capable of orchestrating an improbable playoff appearance, it is Aaron Rodgers. He is no stranger to this type of situation and coming in the clutch. The biggest kryptonite is going to be if Rodgers and the offense can essentially carry an underwhelming defense that is not where they should be. Even with a broken thumb, I am anticipating a much different attitude and better decision-making by the 39 year old quarterback.  The Los Angeles Rams are a struggling team and have nothing to play for. This would be a prime opportunity for Rodgers to get things rolling after having 11 days since their last game. I fully expect Aaron Rodgers will keep guys like Christian Watson and Aaron Jones as focal points in the offense. In the end, I see a big big game from Aaron Rodgers through the air.

Romeo Doubs and Christian Watson Have A Receiving Touchdown 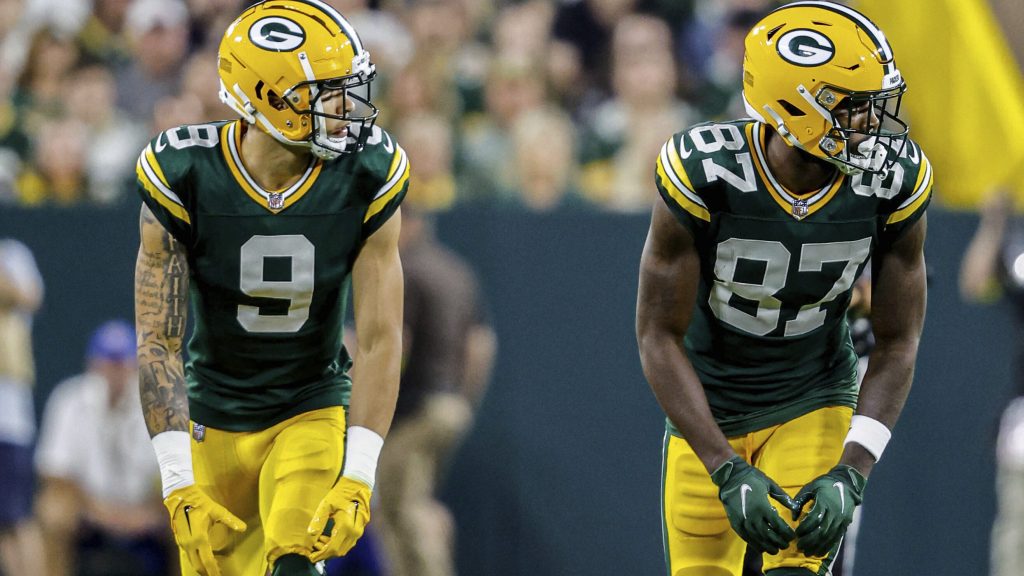 Romeo Doubs and Christian Watson have not been on the field together for very long this season. I do honestly think that if they were playing together more, the offense would be more productive throughout the season. Both players have shown their potential and have some great things to build off of.  These next four games are going to be critical for Doubs and Watson to continue to perform. I think that the emergence and potential of these rookies could be the ticket to keeping Aaron Rodgers in Green Bay for an extended period. Since I am expecting a big game from Rodgers, I would predict too  that Watson and Doubs will both play significant roles in the offense.

Packers Get An Early Christmas Gift With A Win

It is very clear that Green Bay is in ‘win- now’ mode. It did not appear to be that way a month ago, but things look to be turning around. The Packers have not had a very easy schedule this season. A large number of their opponents are either playoff bound or fighting for a playoff spot. This and injuries have been two major factors to the team’s struggles. The Los Angeles Rams have had the same issues, but have not seemed to put the pieces together. However, the Packers have had their share of fights with NFC West teams. I do not expect this to be a blowout at all. It will be a shootout, but I cannot pick against Green Bay, especially in possibly single-digit temperatures.