The Green Bay Packers will open Lambeau Field with their first Monday Night Football game of the season. As they face the Lions, the Packers are looking to bounce back from a humiliating Week One loss to the New Orleans Saints in Jacksonville. In their 38-3 loss, there was not much to be happy about. However, Aaron Rodgers has a history of bouncing back in big ways following two interception performances, and the Packers may have gotten a much needed wake-up call. That being said, here are three bold predictions for the Packers’ hopeful victory over the Lions. 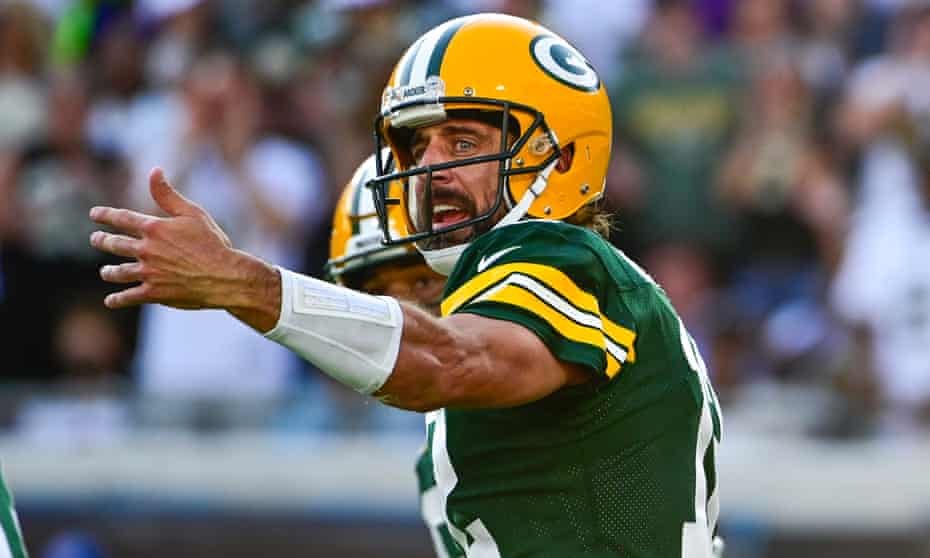 Last week was one of the worst games of Aaron Rodgers’ entire career. It was certainly his worst season opening game. The New Orleans Saints copied the Tampa Bay Buccaneers’ strategy against the Packers in their regular season matchup last year. This meant that they used a lot of cover-two reads, which did not allow the wide receivers to be open downfield. Additionally, Matt LaFleur abandoned the run game and the entire offense fell apart.

This is not going to happen again, at least not against the Detroit Lions. Aaron Rodgers always is at his best when he has a chip on his shoulder, and the one he is carrying into Lambeau on Monday night is the size of a redwood. The Packers lost three regular season games last year, and here is how Rodgers responded after each one:

Add in the fact that the Detroit Lions secondary is already banged up, and the recipe is primed for an Aaron Rodgers vintage performance.

Unfortunately for the Packers, edge rusher Za’Darius Smith is going to be out for a few weeks with a back injury. On the bright side, this means that Rashan Gary should finally get his opportunity to showcase his talents on a much larger scale.

Last week, Gary led the team in quarterback pressures with four. What is astounding about this is that he only was given the chance to rush the passer 16 times. This means that 25% of the time he rushed, he put pressure on Jameis Winston. Without Za’Darius Smith, Gary will (theoretically) get more opportunities.

Rashan Gary led the Packers with 4 pressures, including 2 QB hits. Only rushed 16 times.

The Detroit offensive line is not nearly as good as the Saints’. With the energy of the first full home crowd since 2019 feeding him, this could be a massive breakout performance for Rashan Gary.

Bold Prediction #3- Eric Stokes Will Have an Interception After Kevin King’s awful performance in Week One, it is clear (once again), that he simply is not good enough to be the second starting cornerback for the Green Bay Packers. Eric Stokes, the Packers’ first round draft pick, should be slated into the starting role. If not, he should at the very least get more snaps this week than last. Against the Saints, Stokes had a much higher PFF grade than King (73.8 to 40.2), thanks in large part to plays like this:

Granted, King was on the field a lot more than Stokes, so the sample size is not as great.

When asked about Stokes and if he would get playing time over Kevin King, Matt LaFleur said:

.@rachelhopmayer asked Matt LaFleur if rookie CB Eric Stokes would be a bigger part of the rotation this week.

With a smirk he said, “Do you want me to give you the game plan?”

Cryptic as this answer may be, without a doubt it means that Stokes will be on the field more this week. With the increased playing time, it is entirely possible that we see Stokes get his first NFL interception. Despite what Marques Valdez-Scantling may say, Stokes is the fastest player on the team. This speed will allow him to jump routes quickly, and could lead to some big-time plays.

Biggest Relationship Websites And Applications For Specialists In 2021

3 Reasons the Packers will Beat the Lions

Rodgers Explains Hilarious Backstory Behind “I Still Own You” Remarks