The Wisconsin Badgers defeated the Maryland Terrapins last night 61-55 in College Park. Micah Potter was a stud last night for Badgers, pouring in 23 points and 12 rebounds. D’Mitrik Trice added in 13 points and rebounds as well. The Badgers improve to 13-4 overall and 7-3 in the Big Ten. 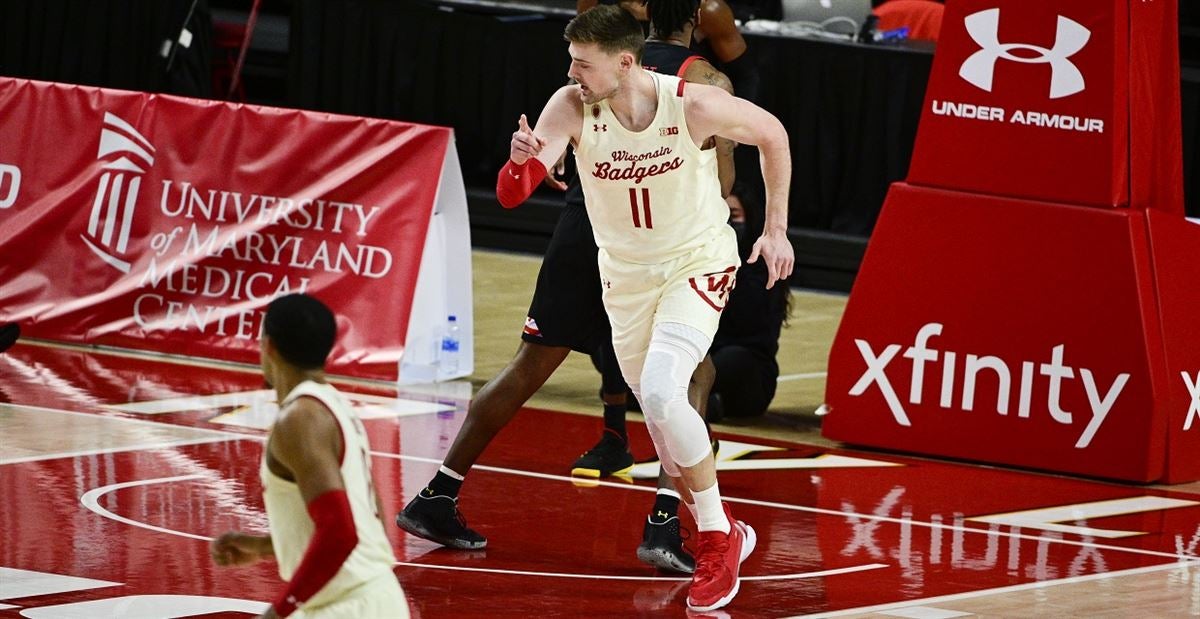 Maryland started the game with a small ball lineup. Donta Scott (6’7) was the tallest starter to start the game. Wisconsin wasted no time taking advantage of this. Off the opening tip, Tyler Wahl drove the ball to the lane for a quick 2-0 lead. Throughout the first half, Wisconsin did a much better job working the ball in the paint with Micah Potter and Nate Reuvers.

Maryland came out on fire in the second half. After scoring 20 points the entire first half, the Terrapins scored 20 points in the first part of the second half alone. Maryland began on a 20-5 run to cut the Badger lead to 43-40. Micah Potter responded with an and one as well as a three to get the lead back to 52-42.

What was discouraging to see was when Maryland went on their early second half run, the Wisconsin offense became stagnant. After moving around with energy all first half, Wisconsin became content from three again. Give the Badgers credit as they were able to respond on the road and close this game out.

The Wisconsin defense also locked down after Maryland got within three. The Badgers were able to close the game even without making a field goal in the last seven minutes of the game. While it was great to see the defense hold, it was not a good look to see the offense not able to make a shot for that long of a stretch.

The Badgers will travel to Happy Valley to take on the Penn State Nittany Lions on Saturday. After, the Badger will host the same Nittany Lions squad in Madison on Tuesday. Penn State is coming off a tough defeat to Ohio State 83-79. Tip time is scheduled for 2 PM CST on Big Ten Network.