Packers: With Adams, Lazard Out, Running Game Must Be Focus The Arizona Cardinals are the only undefeated team remaining in the NFL. The Green Bay Packers, at 6-1, will look to take over the NFC’s top spot on Thursday night. However, the Packers have many things working against them. First, they are going on the road after playing on Sunday. Second, Green Bay will be without Davante Adams and Allen Lazard. Both receivers are on the Reserve/COVID-19 list. Additionally, Marquez Valdes-Scantling is still on IR. In other words, the Packers will be without their top three wide receivers when they face their toughest challenge of the season. All hope is not lost, though. The Packers have a talented running back group, who can take advantage of Arizona’s glaring weakness on defense.

How Arizona Ranks in Run Defense 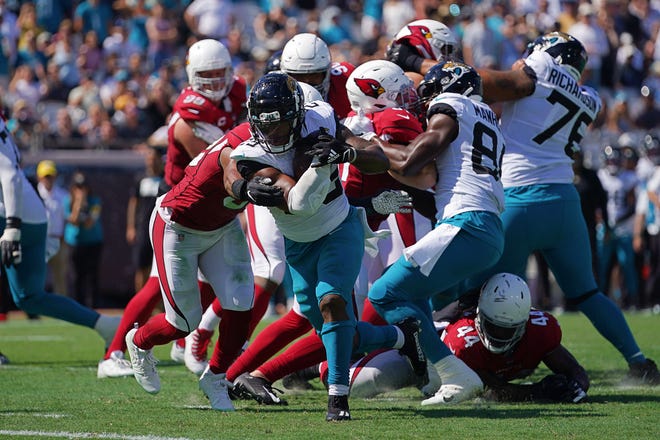 Despite being 7-0, the Arizona Cardinals have not had a great defensive season. While their pass defense has been among the best in the NFL, their run defense has been close to the worst. In terms of passing, Arizona gives up just 201.0 yards per game, good for third in the NFL. However, in terms of rushing, they give up 115.7 yards per game, 18th in the league. What’s more, opponents are averaging 5.0 yards per carry against the Cardinals. This ranks them second to last in the NFL in this category.

In other words, run the ball!

The Green Bay Packers did not have the best running performance against the Washington Football Team. Aaron Jones had just 19 yards on six carries. AJ Dillon put the ball on the ground twice, losing on fumble to the Football Team. These performances, though, were outliers and not what opponents should expect from the Packers’ running game.