The Green Bay Packers and their fans are not strangers to Adam Schefter‘s type of reporting. He infamously misrepresented the Aaron Rodgers situation last year. Today, with the untimely passing of Pittsburgh Steelers quarterback Dwayne Haskins, Schefter tweeted (and deleted) this: 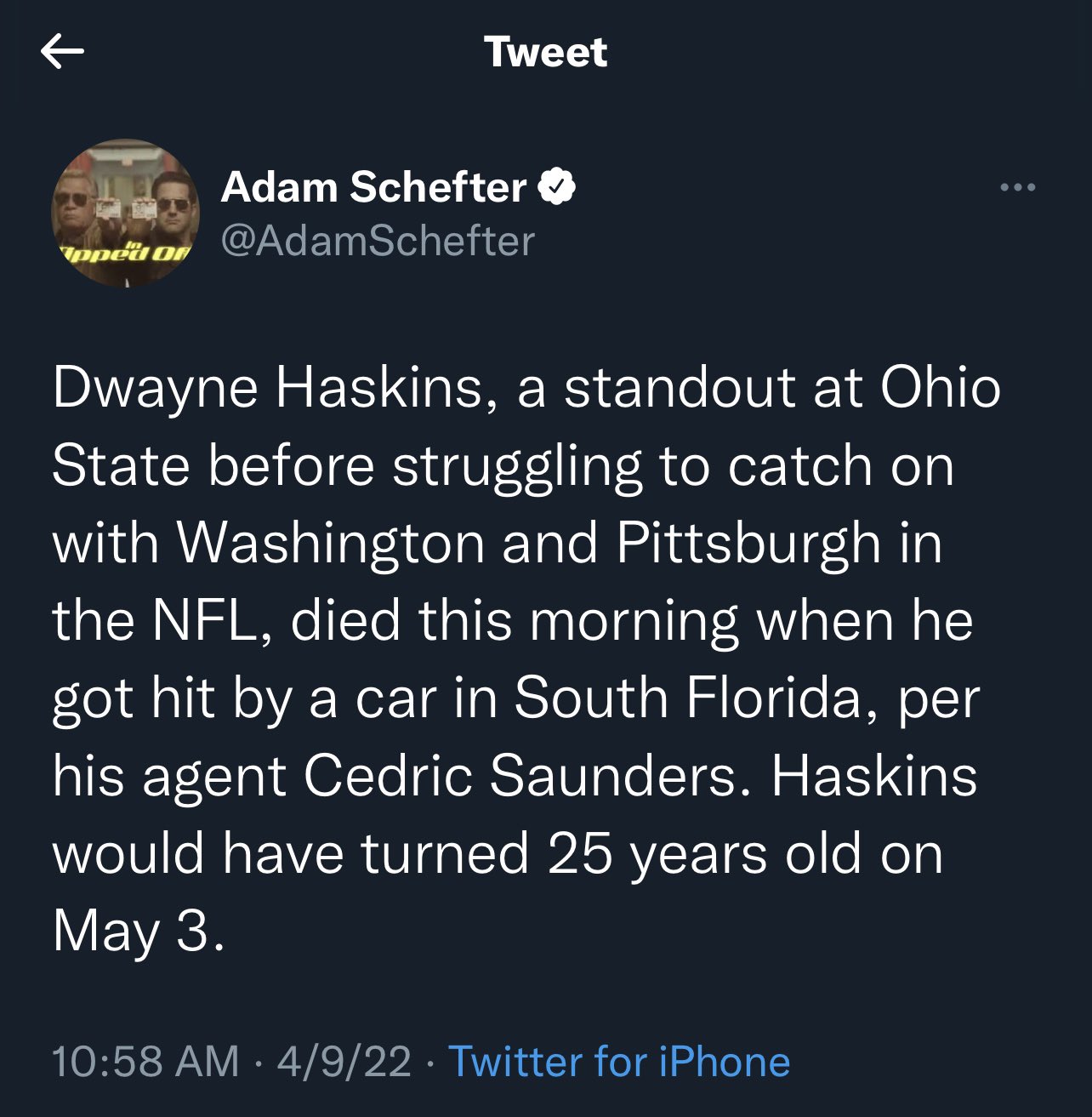 As mentioned previously, Schefter deleted the tweet. He replaced it with this:

Dwayne Haskins, a standout at Ohio State before becoming Washington’s first-round pick and playing in Pittsburgh, died this morning when he got hit by a car in South Florida, per his agent Cedric Saunders. Haskins would have turned 25 years old on May 3.

However, thousands of people saw the original and took issue with his slander of Haskins’ NFL career. This led to many athletes, including numerous Packers players, to voice their opinions about Adam Schefter.

One of the most vocal critics of Adam Schefter on Twitter was Packers safety Adrian Amos.

Yes he corrected it and no we are not all perfect but it but it’s definitely a reminder of how alot of the reporters see us https://t.co/rGJ0Rcd8et

Amos also drew attention to an absolutely horrid interview given by NFL Hall of Famer Gil Brandt. In the interview, Brandt stated that Haskins “was a guy living to be dead.”

Kurt Benkert, who is not one to back down for awful reporters on Twitter, also had this to say:

But doing it over and over again isn’t a mistake. It’s how someone is wired and how they naturally spin a narrative. Media preying on athletes’ shortcomings for clicks is as low as it gets.

Other Athletes Respond to Adam Schefter

One of the most powerful voices on social media regarding Adam Schefter was former Cowboys wide receiver Dez Bryant.

Athletes for the record.. the shit @AdamSchefter wrote that’s how a lot of people view us.. we ain’t shit but entertainment!.. if you let 1 treat you with disrespect the rest will follow…

How about “ Dwayne Haskins, son, husband, buckeye brother, friend, beloved teammate has passed away” TF his career ups and downs have to do with him unfortunately losing his life🤦🏾‍♂️ STFU! Let his family & friends grieve instead of throwing shade. Praying for the Haskins family!! pic.twitter.com/gb1D9KcgCQ

The saddest part about all of this, though, has nothing to do with Adam Schefter. Dwayne Haskins had a family and a future. It is so tragic that his life was cut short.