The Packers are now 7-8 with a big win over the Miami Dolphins on Sunday. They are taking care of business and have a good chance of making the playoffs if they can win the last two games. However, whether the Packers make the playoffs or not they have a bright future ahead of them. They have a great young core established for years to come. The draft picks from this year so far look to be panning out. The Packers might be the winners of the 2022 draft with their rookie class and here is why. 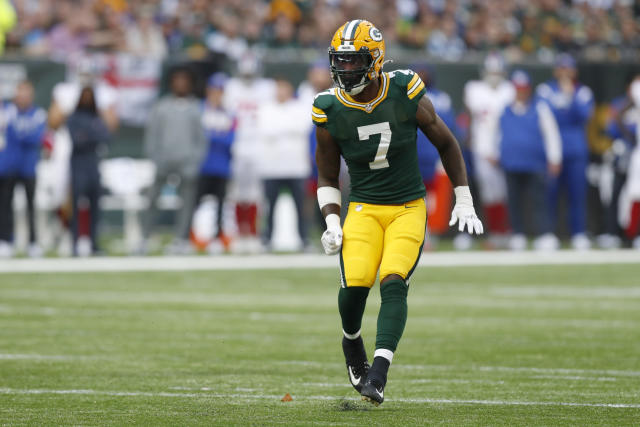 Quay Walker had a rough start to his rookie season this year. However, he is finishing it on a strong note. He currently has 105 tackles, 1.5 sacks, three forced fumbles, and five pass deflections. His 105 tackles leads all rookies and is the most for a NFL rookie overall in the last four years. Walker should be a candidate for defensive rookie of the year. He seems to be playing faster as it looks the game has slowed down for him and he is starting to make plays. A s a rookie he has handled being given the green dot with De’Vondre Campbell missing time due to injury and was calling the plays on defense. It has been an up and down for Quay Walker as a rookie, but has shown many flashes and has a future on the Packers defense. 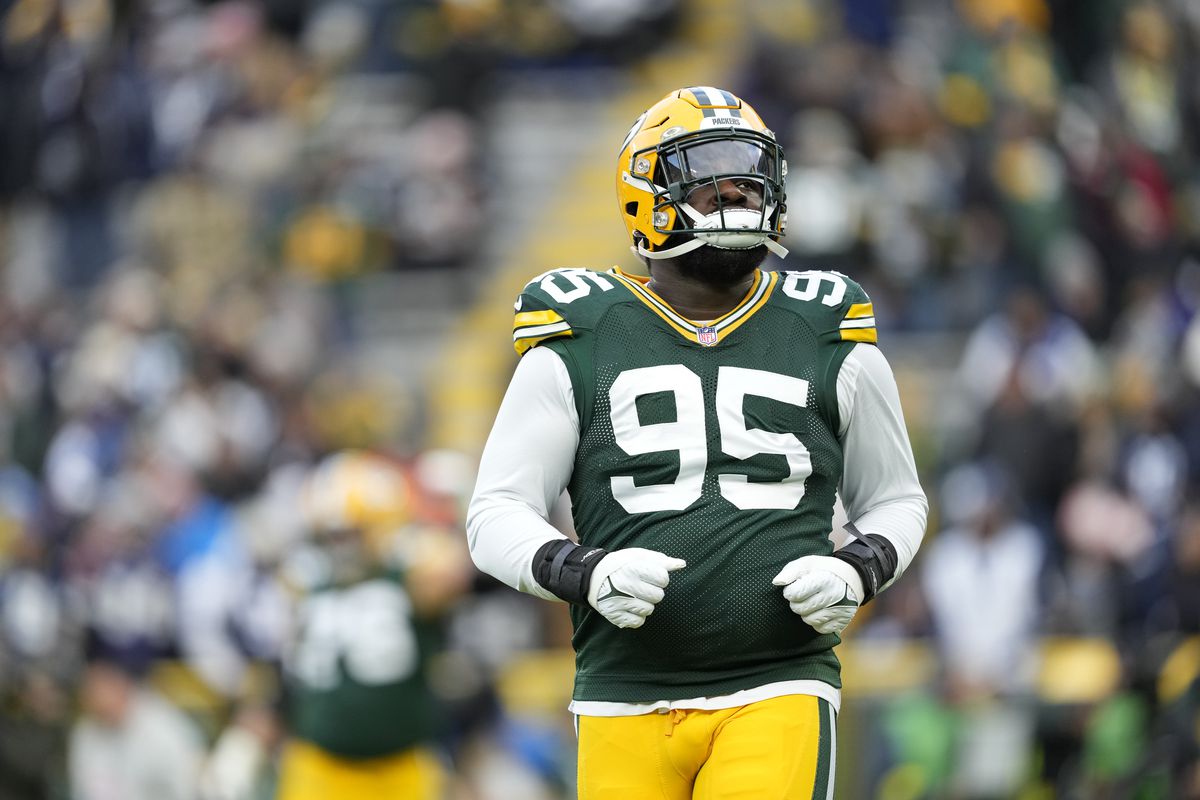 Understandably, the Packers do not want to rush rookie Devonte Wyatt as he does need development. Yet, on limited snaps, he has shown a lot of flashes of what he can be. Wyatt has been one of the highest graded players on the Packers defense by Pro Football Focus over the past couple of weeks. He needs more snaps on defense as Dean Lowry, who has not played well this year, should not be having more snaps then him. Against the Miami Dolphins Wyatt, was getting more play time with Lowry being out with injury and he delivered. He was constantly stopping the run and even caused some holding calls helping stall drives for the Dolphins offense. With only two games left the Packers need to get more snaps to Wyatt to see what they have in him for the future.

The Packers traded up for Christian Watson in the second round this year in the draft for a reason. In the second half of the season this year he has exploded as he leads all rookies in total touchdowns with eight. It is a very good chance Watson can win offensive rookie of the year. He has given the Packers true deep threat on offense and has the ability to just run by opposing defenders. Also, his speed it opens up things for other players like Allan Lazard and Romeo Dubs. In addition, he draws attention allowing the Packers to run the ball effectively. If he can stay healthy and clean up his drops the sky is the limit for him.

The Packers just know how to find hidden talent in offensive linemen. They might have found another one in rookie offensive tackle Zach Tom. Since David Bahktiari has been out with injury, Zach Tom has been getting snaps at left tackle and has held up very well. As a pass blocker for the most part, Tom has kept the blindside of Aaron Rodgers very clean. He has become one of the best rookie offensive linemen in the NFL this season. If Bahktiari misses these last two games expect more of Zach Tom at left tackle for the Packers. Tom is definitely a future starter on the Packers offensive line. 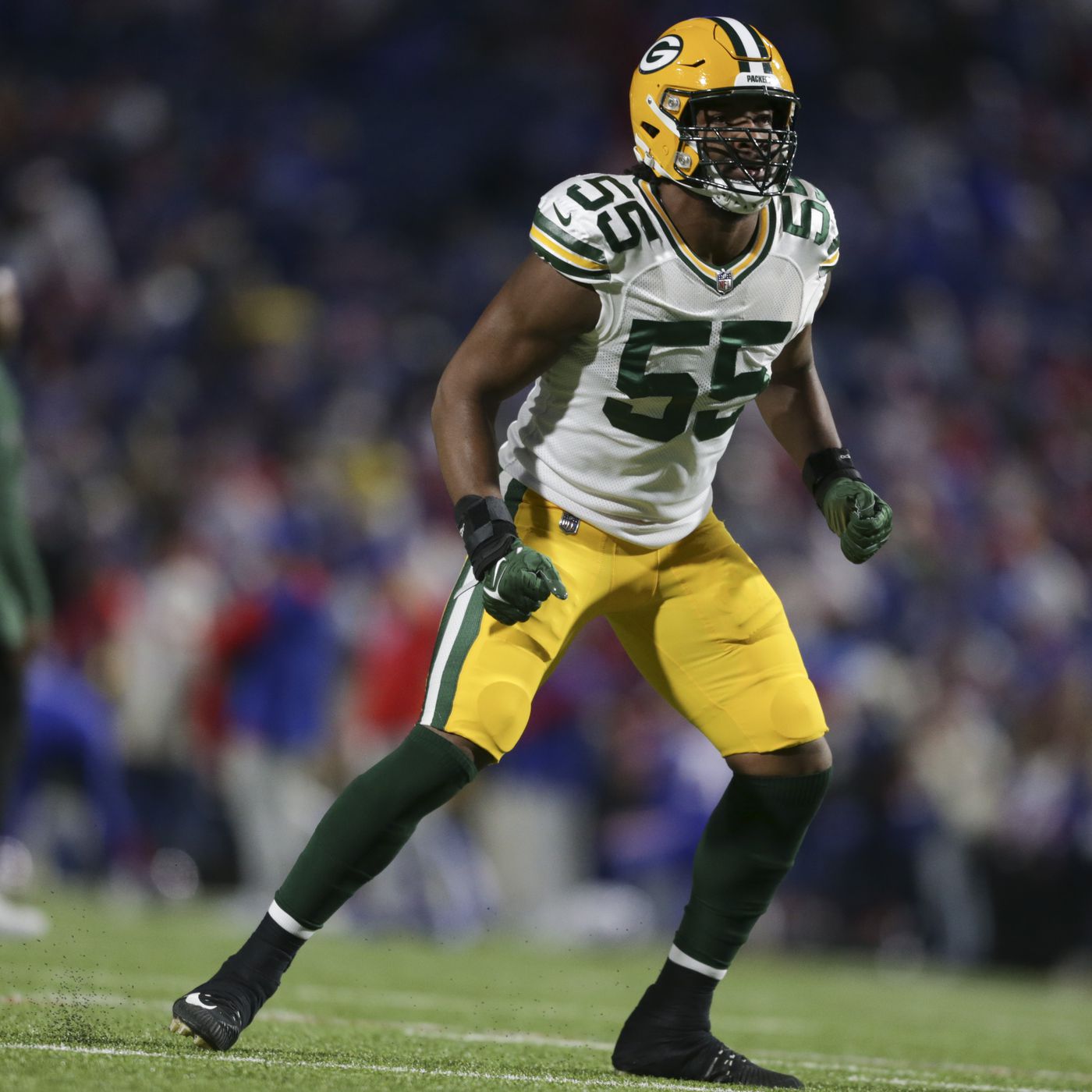 With the injury to Rashan Gary rookie edge rusher Kingsley Enagbare has stepped up for the Packers. He has improved each week as rookie this season. Enagbare has been a real steal for the Packers from the draft this year. He has a lot of pressures and has been very solid against the run. Against the Miami Dolphins he continued to get better. He has all of the physical tools to be a solid pass rusher in the NFL. Next year with Rashan Gary returning along with him and Preston Smith, the Packers have a solid trio of pass rushers to get after the quarterback.