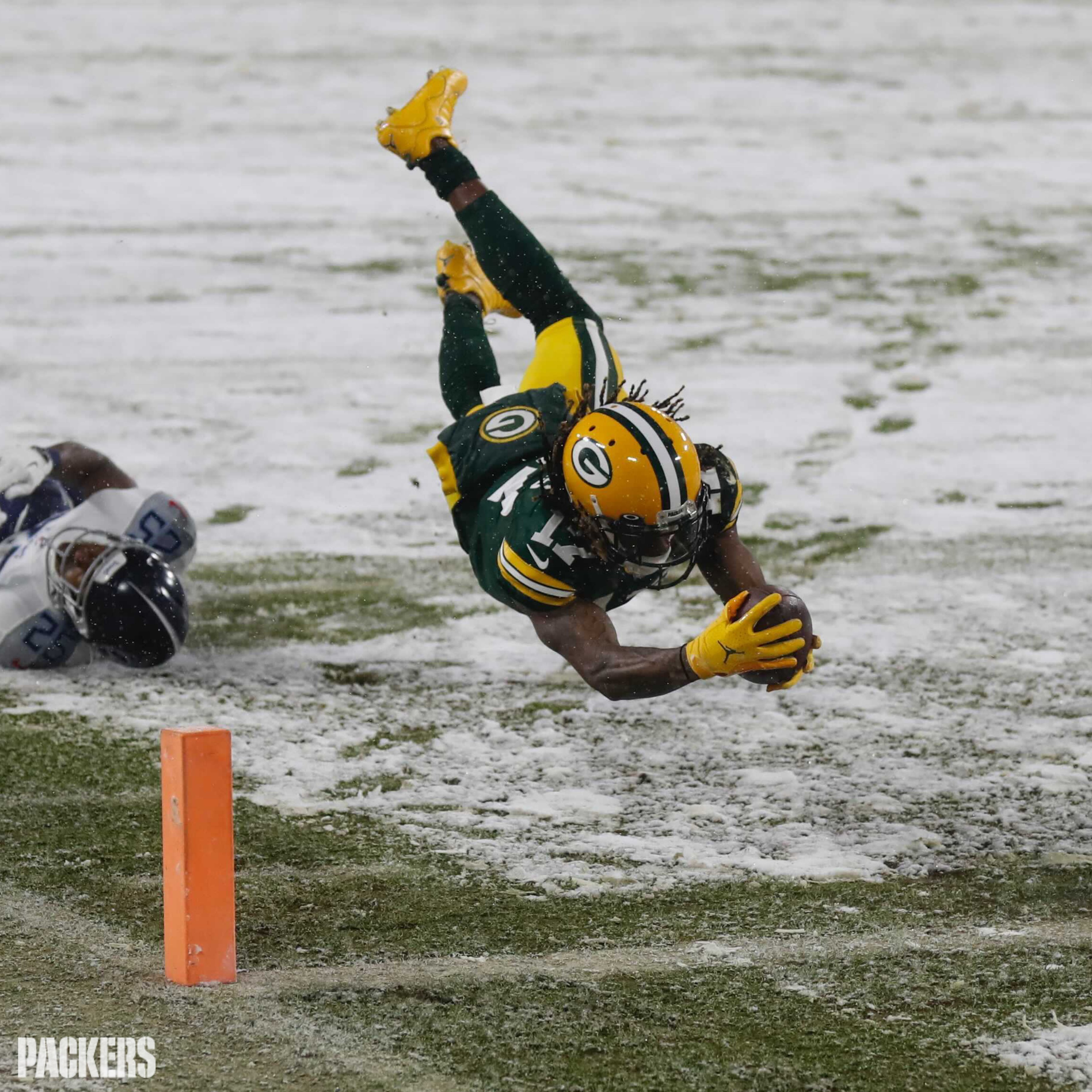 The Packers’ offense had very few hiccups against the Titans’ defense.  Going into the game, the Titans had the fourth worst passing defense in the NFL.  While they limited Aaron Rodgers’ passing yards, they could not stop him when he wanted to move the ball.  Rodgers finished the game with 231 yards and four touchdowns against just one interception.  Rodgers, now the frontrunner for the MVP Award, has 4,059 yards, 44 touchdowns, and just five interceptions this year.

Davante Adams, too, had another fantastic game.  Adams had 11 receptions on 12 targets for 142 yards and three touchdowns.  He now has 17 touchdowns on the year.  His total is tied for the second most in team history.  Don Hutson also had 17 in 1942 and Sterling Sharpe had 18 in 1994.  In addition, Adams became just the third player ever to have 100 receptions, 1,300 yards, and 17 touchdowns in a season.

Players with at least 100 catches, 1,300 receiving yards and 17 touchdown catches in a single season:

The biggest surprise on the night for the Packers’ offense was second-round draft pick AJ Dillon.  With Jamaal Williams sidelined with an injury, Dillon received more carries in this game than he had had all season.  Dillon bruised and dragged defenders all over field in route to 124 yards on 21 carries.  He also scored two touchdowns.  Pro Bowl running back Aaron Jones added 94 yards on 10 carries.

What a time to score your first NFL touchdown! 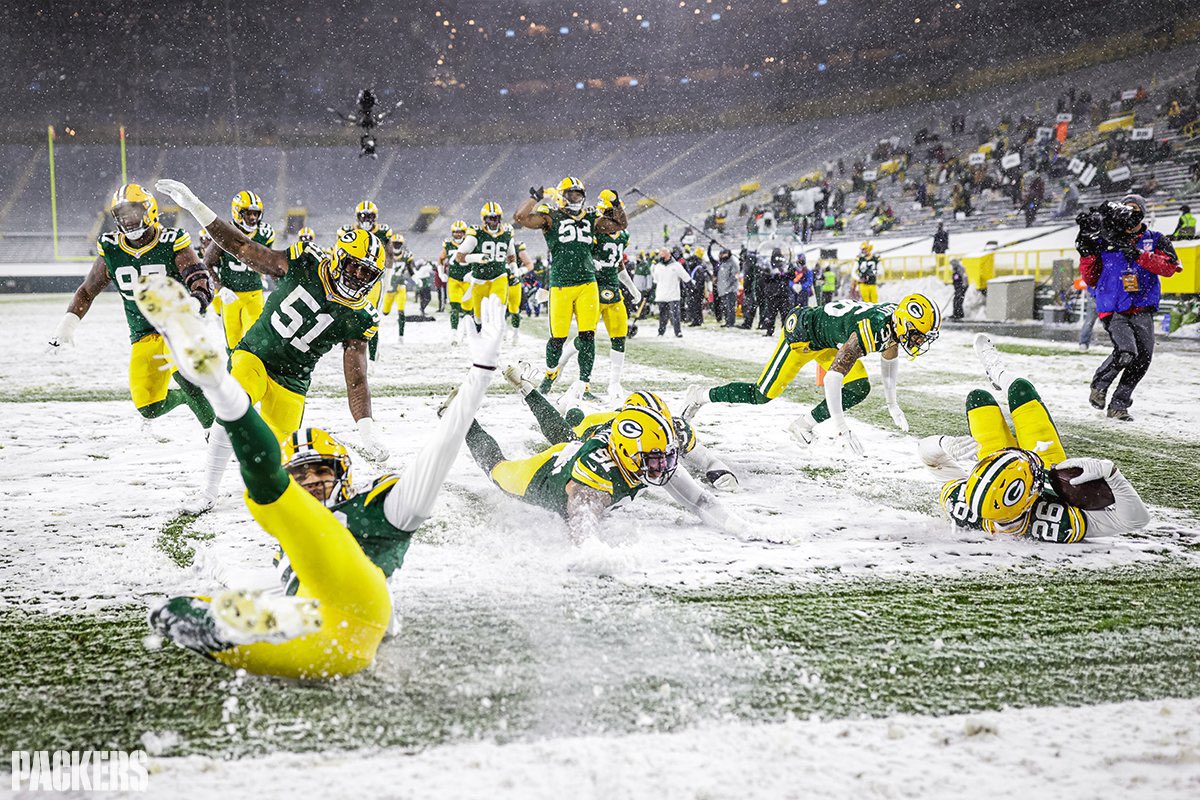 All year long, the Packers’ defense has been dogged on social media for having a “terrible” run defense.  However, going into tonight, they had held their opponent’s leading rushers to under 70 yards per game on average since their loss to Minnesota.  Tonight, the defense got its biggest test in Derrick Henry, the NFL’s leading rusher.

The Packers were able to contain Henry for most of the night.  The NFL’s leading rusher was held under 100 yards for just the sixth time this season.  Most importantly, he did not find the end zone, despite leading the NFL in rushing touchdowns.  The longest run of the day was a 45-yard touchdown run by Titans’ quarterback Ryan Tannehill in the third quarter.  His score made it a 19-14 game.  The Titans would not score again.

The Packers’ pass rush was highly effective against the Titans offensive line.  Za’Darius Smith and Christian Kirksey each recorded sacks.  On two occasions, Tannehill was pressured into throwing the ball early, resulting in interceptions by Darnell Savage and Kirksey.  A week after deflecting seven passes against the Panthers, the Packers’ defense combined for 10 broken up passes against the Titans.  Their 14 points scored were their fewest on the season.

The All Time Matchup

The Titans still own the all-time matchup over the Packers despite the loss.  Since 1972, the teams have met 13 times and the Titans have won seven of those games.  However, over the past three meetings, the Packers are 2-1 and have greatly outplayed them overall.

In their last 3 meetings, the #Packers have outscored the #Titans 120-68, and are 2-1. Titans still lead the series 7-6. However, with this win Green Bay is 12-3 and have a chance to clinch the #1 seed next week against Chicago. #NFLTwitter

The Number One Seed

Since the Rams lost to Seattle on Sunday, the Packers need to win against the Bears next Sunday in order to clinch the NFC’s top seed.  The Bears will also be playing for something.  If the Bears defeat the Packers, they will clinch a playoff berth.