The Marquette Golden Eagles and Wisconsin Badgers met for the 127th time in the history of their in-state rivalry.  This matchup is lowkey one of the most entertaining and hard-fought rivalry games in the nation.  Tonight’s game was a perfect example as to why.  Neither team led by more than six points at any point in the game.  However, it was the unranked Golden Eagles who came away with a grinding win.

Marquette was led by freshman forward Justin Lewis, who tipped in DJ Carton’s missed free throw at the buzzer to give the Golden Eagles the 67-65 win.  Lewis came off the bench to score a game-high 18 points.  He added eight rebounds and two blocks as well.

The final sequence of the game came when DJ Carton drew a blocking foul from D’Mitrik Trice with 0.9 seconds left on the clock.  Marquette trailed Wisconsin by one as Carton went to the line for two.  Carton knocked down the first free throw, ensuring at least an overtime battle.  He missed the second, but Lewis was able to secure the tip-in for the victory at the buzzer. 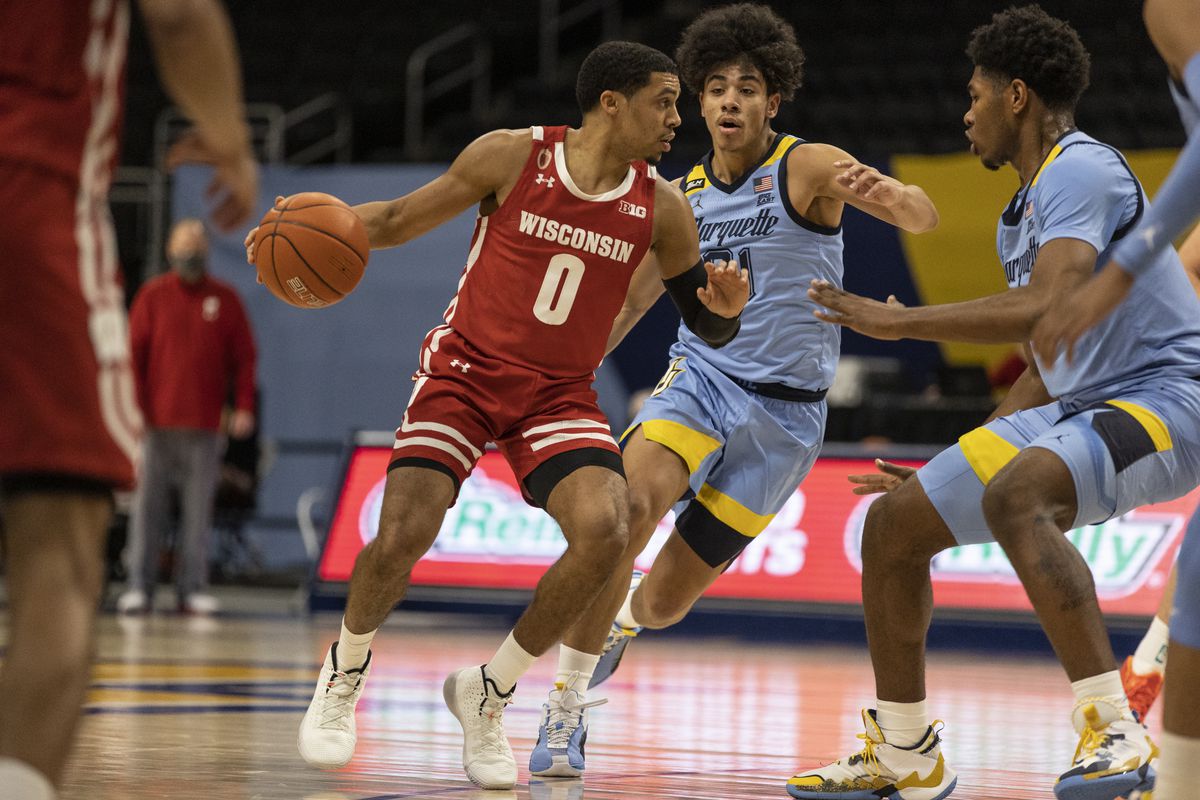 The Badgers were led by senior guard D’Mitrik Trice.  Trice scored 17 points, including the go-ahead basket that put the Badgers up by one with 5.8 seconds remaining in the game.  While the blocking foul was controversial, Trice, to his credit, admitted in his post game comments that he shouldn’t have tried to draw a charge in the scenario.  He said he will use it as a learning experience and move on.  Despite the loss, Trice showed that he is the definite leader of this team in terms of integrity and basketball production.