The Green Bay Packers were able to rest some players last week during their bye week. They did pick up a win in Week 13 on the road against the Chicago Bears. NFL Week 15 brings the Los Angeles Rams to face the Packers at Lambeau Field with Geen Bay needing to add to the win column.

The Los Angeles Rams are without their starting quarterback Matthew Stafford. Los Angeles brought in former Carolina QB Baker Mayfield, who led the team to a comeback victory last Thursday night against the Raiders. Mayfield went 22-35 for 230 yards and one touchdown. 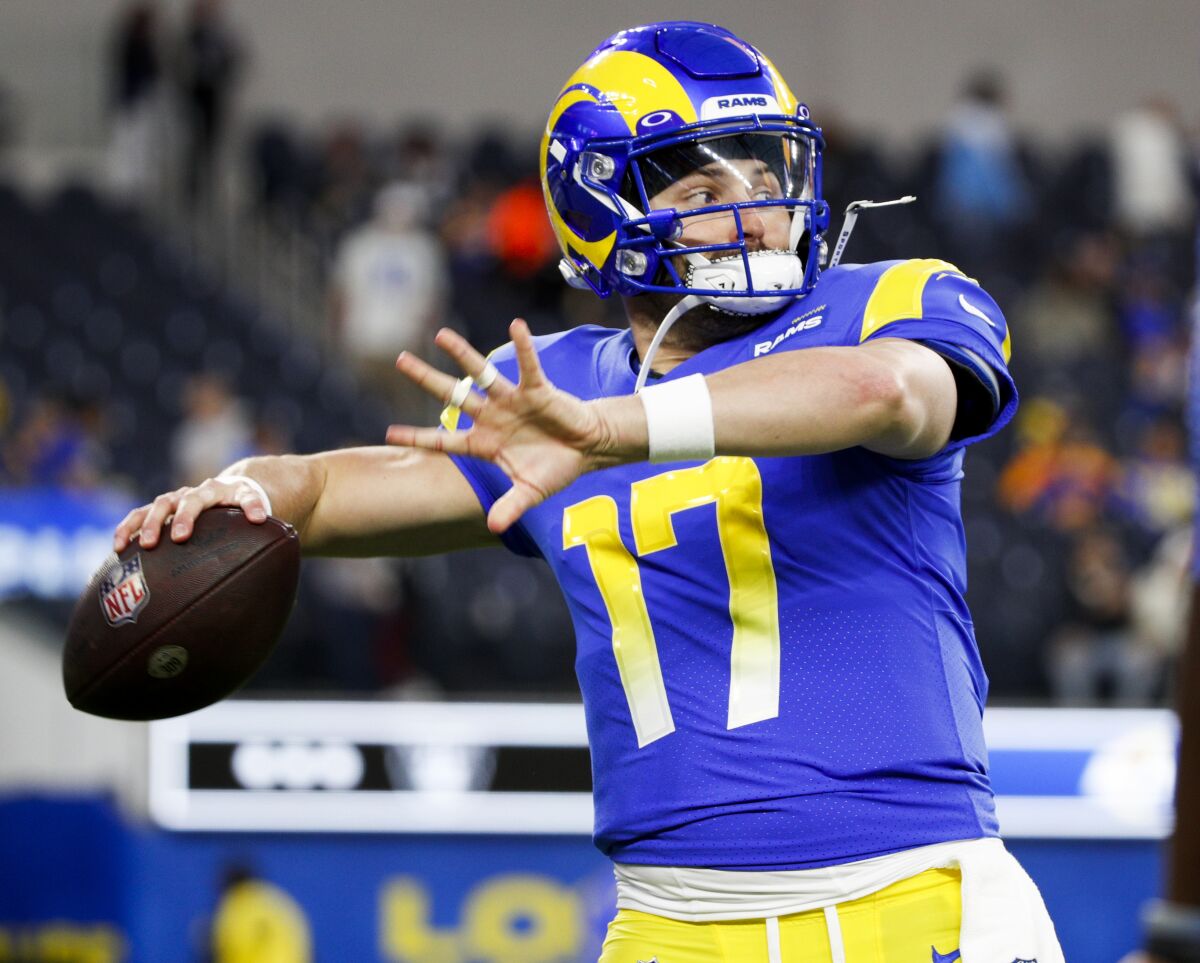 Starting running back, Cam Akers had 12 carries for 42 yards and one score. The Rams combined for 71 yards on the ground with 22 carries. Ben Skowronek was the leading wide receiver with seven catches for 89 yards. Wideout Van Jefferson hauled in the only touchdown for the Rams with just two receptions for 44 yards.

Despite the score, the Rams can put points up on the board without their starting QB in NFL Week 15. The Packers’ pass defense will have to defend well against the Rams’ passing attack this upcoming week.

The Packers held the Bears to 19 points in their last game. Bears QB Justin Fields went 20-25 for 254 yards and two interceptions. Fields did score a rushing touchdown on the ground behind six carries for 71 yards. Chicago got off to a fast start in the first half. Running back David Montgomery had 14 carries for 61 yards and one touchdown during the game.

Linebacker De’Vondre Campbell comes into NFL Week 15 after leading the Packers’ defense in tackles with 10 (six solo). Jaire Alexander certainly helped with the comeback victory with seven total tackles (six solo), and one interception. Special teams returner Keisean Nixon grabbed the second interception that sealed the comeback for the Packers. He had 102 return yards against Chicago.

Wide receiver Equanimeous St Brown was the leading receiver for the Bears with three receptions for 85 yards. Cole Kmet was the second-leading pass-catcher bringing in six catches for 72 yards. It was good to see the defense make stops and step up in the crucial moments. This was something positive in the last contest from the Packers’ defense and secondary.

The LA Rams beat the Raiders by one point, winning 17-16. As a result, It was just enough to get past Davante Adams and the Raiders’ receiving core. Rams linebacker Bobby Wagner led the defense in tackles with a total of 14 (seven solo). Safety Taylor Rapp and linebacker Ernest Jones combined for two interceptions. Raiders running back Josh Jacobs carried the ball 27 times for 99 yards. Scoring the only touchdown of the game on offense.

Wide receiver Davante Adams hauled in three receptions for 71 yards. He subsequently did not score any touchdowns against the Rams. This certainly comes as a surprise, being the leading pass-catcher for the Raiders. The LA Rams come into NFL Week 15 after holding the Raiders scoreless in the second half. Defensive end Aaron Donald did not practice on Thursday due to an apparent ankle injury. Green Bay will be taking on a quick and fast defense in the Rams.

Green Bay started out slow against Chicago in the first two quarters. The offense was able to get things going heading into the final quarter. As a result, the Packers outscored the Bears 18-0. Aaron Rodgers went 18-31 for 182 passing yards and one touchdown. Backup running back AJ Dillon led the team in rushing yards on 18 carries for 93 yards. Starting running back, Aaron Jones consequently had only nine carries for 26 yards.

Allen Lazard led the team in catches and receiving yards with five receptions for 67 yards. Rookie wide receiver Christian Watson caught three passes for 48 yards and one touchdown. He also scored in the run game with one carry for a 48-yard touchdown toward the end of the game.

The Packers will certainly want to get off to a quicker start in NFL Week 15 against the Rams. With the win against the Bears, it consequently put them past Chicago for the most all-time wins in franchise history. They will be looking to win another game this week on their home field in primetime. Surely, the team will want to click on all cylinders and continue their momentum in NFL Week 15.

The Green Bay Packers will face the Los Angeles Rams on Monday Night Football at 8:20 pm ET on ESPN.