The Packers – Bears rivalry is unmatched.  The most historic rivalry in the NFL has seen 204 matchups.  Green Bay winning 103 of them, Chicago winning 95, and 6 ties.  It is no secret that the rivalry may be entering the next phase within the next few years.  The “Post Aaron Rodgers” phase.  However it is not over yet, and last season Justin Fields got his first taste of the rivalry.  Green Bay took both matchups, winning 24-14 and 45-30.  Going into his second season, Justin Fields is feeling pretty confident about himself.  He is also laying out what he wants to accomplish, and he included the Packers in those accomplishments. 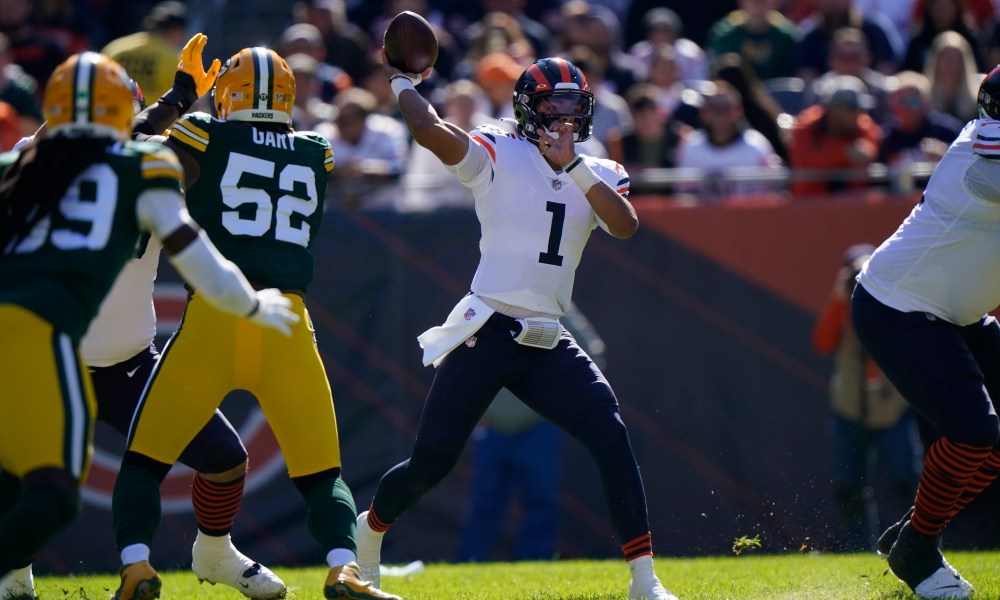 As far as his goals, Fields kept it pretty simple. He has two of them. Jeff Joniak asked him on Bears All Access what the young quarterback wants. Fans will love the response.

THAT’S REALLY THE ONLY THING I WANT IN LIFE RIGHT NOW. I’M NOT GONNA LIE.”

At least for one more year, Justin Fields will need to take down an Aaron Rodgers led team if he wants to accomplish this.  However Green Bay’s offense may not be his biggest worry next year.  Green Bay’s defense could easily be the better squad this year.  They got better this off-season by simply just retaining their own players and getting back healthy players.

Last season Fields stats were:  34 completions on 60 attempts (57%), 398 passing yards, 3 TDs and 3 INTs in his two games vs Green Bay.  He will have to do much better against a seemingly better defense, and an offense that lost Allen Robinson.  Good luck, kid.