While hurdles remain before this can actually take place, the NFL has given the Packers permission to sell their stock in their team for the first time in over a decade.  This will be only the sixth time in franchise history. The previous sales were in: 1923, 1935, 1950, 1997, and 2011.

The Green Bay Packers have made it clear that they will not be asking for any public tax dollars for future additions or remodeling at Lambeau Field. This paves the way for Green Bay to fund future projects. Some examples include video boards, upgraded concourse areas, seating, and more.

What have stocks been used for in the past? 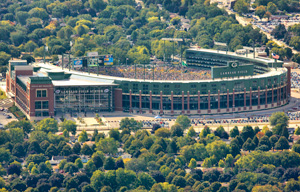 The 2011 sale added 250,000 new shareholders. It raised $67.4 million towards a new entrance tower and viewing platform in the north end zone. It also funded the seating expansion to the south end zone adding 6,600 screaming fans to each game. That project was completed in 2013. What to expect next?

Packers President/CEO Mark Murphy released a statement: “We appreciate the consideration of Commissioner Goodell and the support from the NFL for our potential stock sale.  Should we proceed with an offering, we would also have to take regulatory steps and other actions. We are exploring such steps and intend to keep our fans informed of further developments when we are able.”   Expect an announcement from the Green Bay Packers social media team when this sale becomes official and get yours as soon as you can, because these will go FAST!