Cycle Caps Off 28 Run Evening Between Monarchs and DockHounds

The Kansas City Monarchs outlasted the Lake Country DockHounds Friday night by a final score of 18-10. 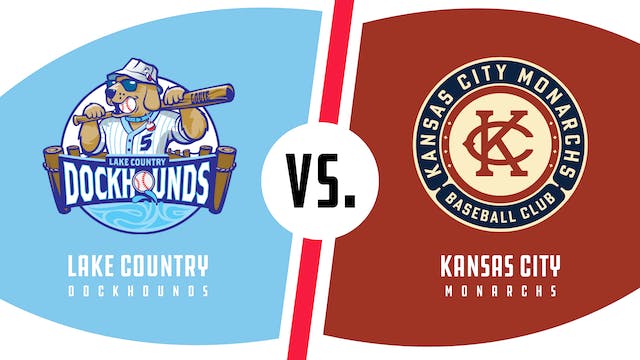 In a game lasting nearly four hours, the DockHounds and Monarchs flexed their offensive mites once again. Not a single position player failed to reach base, while every player in the Monarchs lineup collected at least one hit. 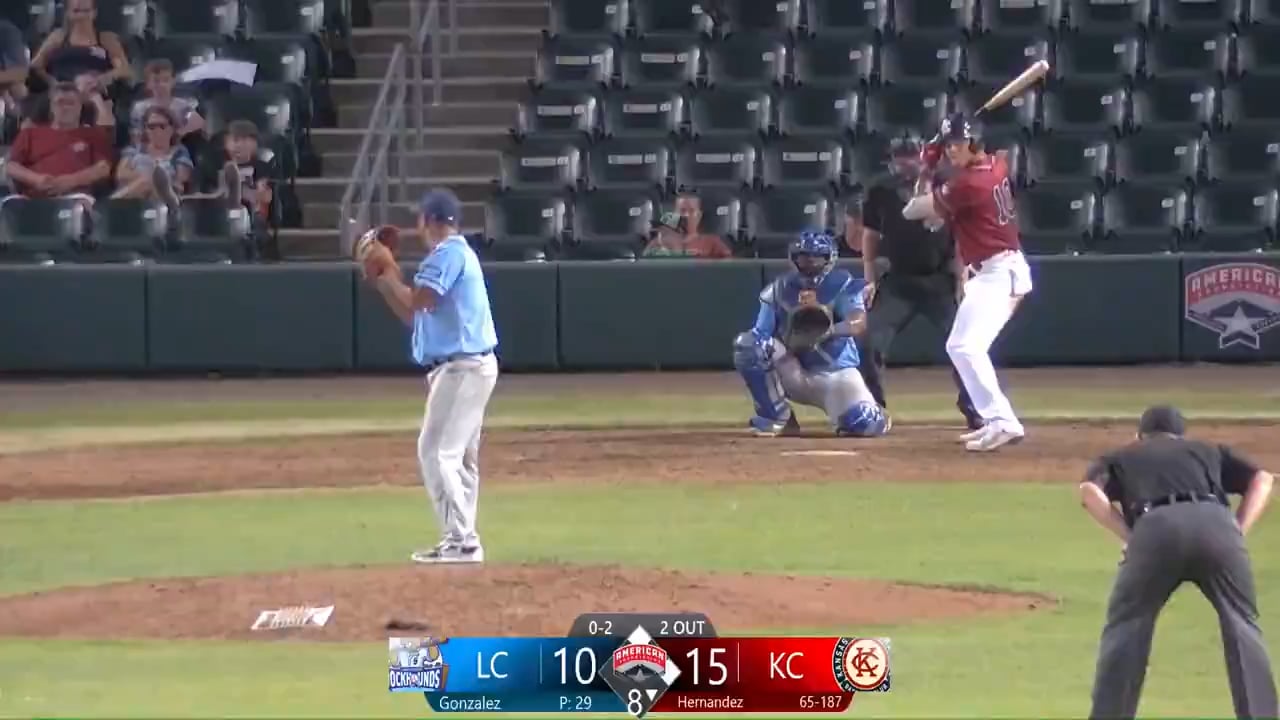 Early season MVP candidate, Jan Hernandez highlighted the evening by hitting for the cycle (his second of the season,) going 4 for 4 with 2 walks and driving in 5 runs. He started his evening with a run scoring double in the bottom of the first. After walking in the second and fourth innings, Hernandez tripled in Darnell Sweeney in the fifth.

Willie Abreu popped out to DockHounds shortstop, Gabriel Noriega to lead off the inning. J.C. Escarra singled, moved to second on a wild pitch, decreasing the chances of an inning ending double play. Darrnell Sweeney then reached on an infield single, but after Chad De La Guerra struck out, Hernandez had his opportunity.

After falling behind 0-2 to pitcher Robert Gonzalez, Hernandez hit his 21st home run of the season, putting the Monarchs up 8. With cycle-completing home run, Hernandez took sole possession of the league lead, putting him 1 ahead of teammate Matt Adams (20) and Sioux Falls outfielder, Jabari Henry (20).

The Monarchs hitters finished the evening with 21 hits, 9 of the extra base variety, including 5 homeruns. With Hernandez’s shot in the eight, the home team finished the game by scoring in every inning.

No Quit In DockHounds Lake Country refused to go away without a fight, however. After Kansas City got on the board in the home half of the first, the DockHounds answered back with a run in the second, 3 in the third and 1 in the fourth.

After leaving 2 on in the top of the sixth and trailing 13-5 the DockHounds could have simply mailed it in for the remainder of the evening. Instead, they came out swinging. Tristan Carranza led off the inning by reaching after being hit by a pitch.

Gabriel Noriega walked after an 8-pitch at bat, and T.J. Bennett loaded the bases after he was also hit by a pitch. DockHounds All-Star, Gio Brusa then stepped to plate and proceeded to take the 1-0 offering from Monarch’s pitcher, Jacob Lindgren deep for a grand slam.

After a pitching change, centerfielder Jake Snider doubled and scored when Wilfredo Gimenez collected his fifth hit and second RBI of the game. The 5-run inning pulled the DockHounds to within 3. But that was as close as the visitors would get the rest of the night.

In five head-to-head contests, the DockHounds and Monarchs have combined for 73 runs on 108 hits. The two teams will look for new ways to slow down each other’s offenses Saturday night when they meet for the final time in the regular season. First pitch is at 7pm and can be seen on aabaseball.tv.