On March 6th, 2020, Christian Yelich signed a nine-year, $215 million dollar contract. The deal was a seven-year extension to the two years remaining on his existing deal. At the time, Yelich was coming off of back-to-back MVP-level seasons and was quickly becoming the new face of the franchise. The contract seemed like a win-win since it made sure Yelich would be a Brewer for the prime of his career at a price relatively team-friendly for his MVP-level production.

Fast-forward a little over two years later, Christian Yelich is now seen as only a shadow of his former self. At the beginning of the 2022 season, some Brewers fans had as much confidence in Yelich at the plate as they did a random fan from the stands. To put it lightly, Christian Yelich sucked for nearly two years. Of course, if you compare him to an average major leaguer, Yelich was still above-average. However, when you’re getting paid $26 million per year, the expectation is that you perform at a superstar level. 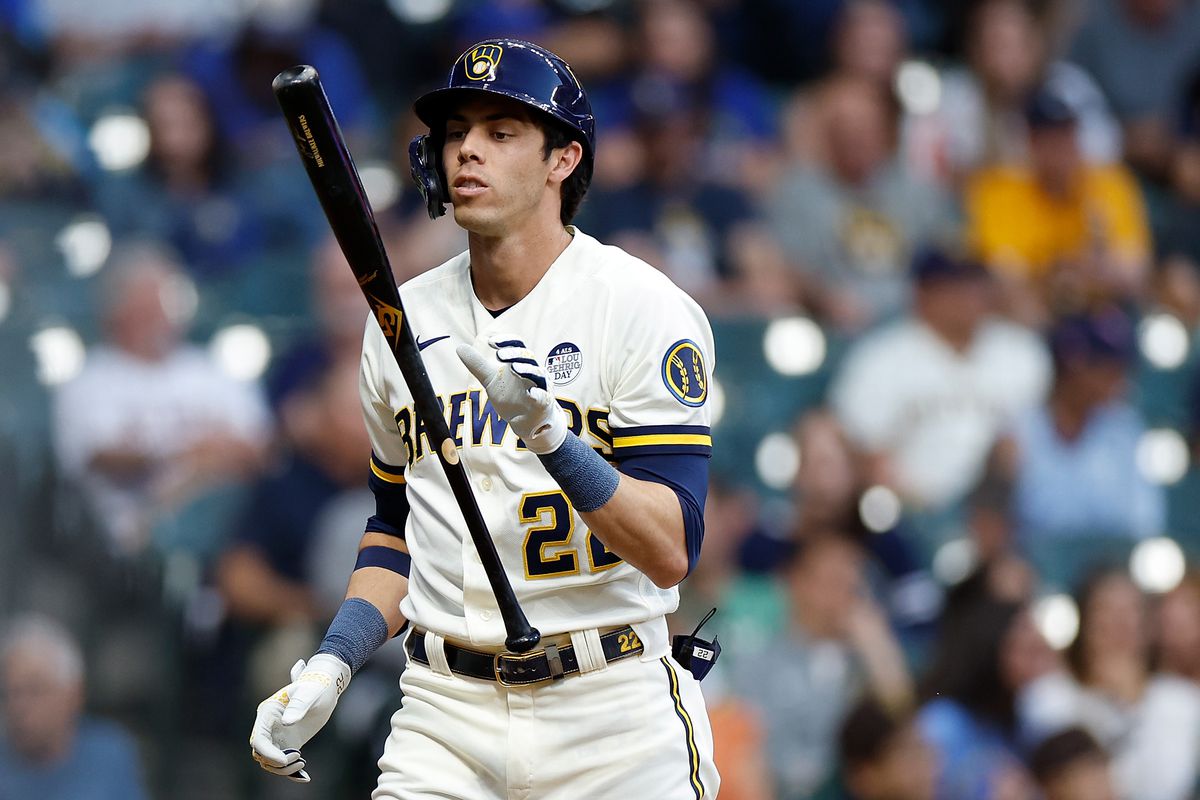 A few weeks before the 2022 All-Star break, the Brewers decided to move Yelich into the leadoff spot. He was struggling mightily to drive in runs, so it no longer made sense to keep him batting in the third or fourth spot. With the removed pressure, Yelich began to slowly raise his batting average and get on base more often.

In late June, Wisconsin Sports Heroics writer Sarah Witherspoon analyzed the impact of Christian Yelich’s new role. In June, Yelich led the team in walks (14), runs scored (18), hits (30), and stolen bases (5). He also had a 12-game hitting streak, with 17 hits in the streak. There was some excitement floating around with the idea that Yelich could be returning to his 2018 self. Unfortunately, those hopes withered away as Yelich lost his groove going into the All-Star break.

As the Brewers entered the final week and a half of July, it was clear that Yelich needed to make some adjustments. After working with coaches, Yelich made a noticeable change to his swing. That one major adjustment in his swing was the toe tap.

Christian Yelich talked a bit today about the toe tap experiment. "It's just something I decided to try out. It changes a lot of stuff. … Different timing mechanism, I guess. I'm trying to get my body to work a little bit better than it has been. That's the simple answer." https://t.co/rpBMLRSmiE

Although it seems minor, the adjustment has allowed Yelich’s bat to stay in the strike zone longer. This often leads to more opportunities for batters to barrel up the ball. In Yelich’s first four games since making the adjustment, he’s  7 for 15 with four extra-base hits and six walks. Of course, it’s a small sample size and four games are never enough to judge a hitter. However, Yelich’s success with this adjustment will go a long way in helping him return to a respectable level of consistency.

It’s unlikely that Yelich will ever return to his 2018 or 2019 performance levels, but there’s still a chance he can return to a hitter who can bat over .280 and be an offensive leader for this Brewers team.

It will be exciting to see how long Yelich can maintain this post-All-Star break level of hitting, but while it’s here, the Brewers need to capitalize on it. They’ve done a great job at it so far, winning seven of eight games since the break. If the Crew can keep it up, they can lock up the National League Central by mid-September.