The Milwaukee Bucks squandered a seven point lead entering the fourth quarter of game 4 of the 2022 Eastern Conference semi-finals.  Ultimately, they fell to the Boston Celtics 116-108. The loss tied the series at 2-2. Game 5 will be tomorrow night in Boston. Both teams are guaranteed one more home game. The good news: The Bucks have that one home game. The bad news: Milwaukee did not play its best in its two home games. With the loss, things just got much tougher for the Bucks. But, not all hope is lost.  Let’s preview tomorrow’s game and what Milwaukee needs to do to come out with a critical win:

One thing that played a factor last night in the Buck’s fourth quarter collapse was the lineups Mike Budenholzer had on the court. For whatever reason, Bobby Portis was on the bench when Milwaukee could have used him to guard Al Horford. At one point, Budenholzer had a lineup of: Holiday, Connaughton, Hill, Matthews, and Giannis. This was extremely confusing as Boston used their height to an advantage. Did Budenholzer think he could matchup smaller to slow down the Celtics’ shooting? Perhaps. If so, that was the wrong approach. When Giannis, Brook Lopez and Bobby Portis are on the court together, there is no lineup in the NBA that matches up close to that. Mike Budenholzer is going to have to think smarter about the lineups he puts on the court if Milwaukee wants to win at a hostile TD Garden tomorrow night.

Bobby Portis and Grayson Allen Are Due For Big Games

Two players that played a significant role in Milwaukee’s first round series win over Chicago were Bobby Portis and Grayson Allen. These two provided a spark off the bench that could not be matched. This series, though, both players have been relatively quiet. Portis provides a presence on defense that is hard to beat and Allen is an outside shooting threat. If the Bucks can get these two going, good luck slowing down Milwaukee. Jrue Holiday has his hands full trying to be a second option scorer and slowing down Marcus Smart and Jaylen Brown. Grayson is a huge help and can take a lot of the offensive pressure off Holiday. Bobby Portis has a great outside game for a big man, and can play lockdown defense on Al Horford and can guard Jayson Tatum on the perimeter. If Milwaukee wants to come out with a win tomorrow night, Allen and Portis will need to show up.

Jrue Holiday Will Bounce Back 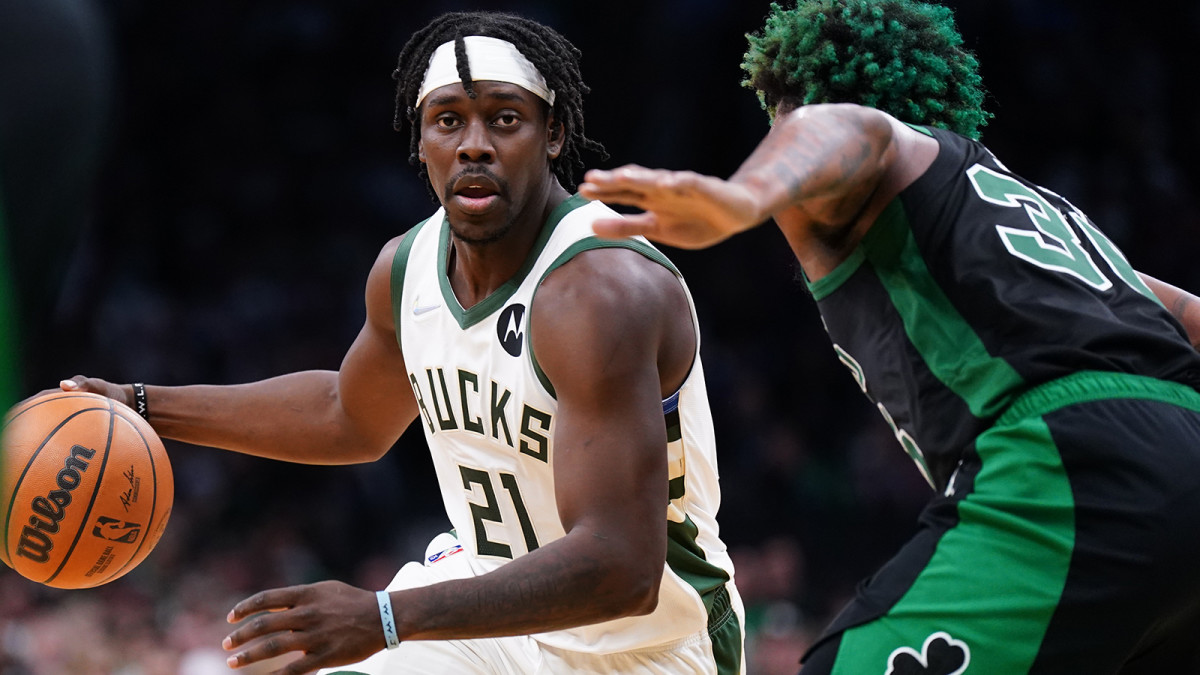 Jrue Holiday has been at the center of Buck fans slander the past 24 hours. After shooting 5-22 from the court last night, everyone simply expected better from him. What people just seem to not understand is that Holiday has one of the toughest jobs on the Bucks. Command the offense. Defend the opponent’s best player. Be a viable shooting option consistently. Last I checked, not a lot of players in the NBA have all those role at once. What we have seen though from Jrue is that when he struggles, he plays his best. He has not been consistent this series. But, the time is coming , hopefully tomorrow, that Holiday breaks through for a Bucks win.