Three Improvements the Bucks Must Make in Game Four vs Celtics The Milwaukee Bucks may have won game three against the Boston Celtics, but it was far from a clean victory. Giannis Antetokounmpo had a dominant performance. The reigning Finals MVP had 42 points, 12 rebounds, eight assists, two blocks, and two steals. Without Khris Middleton, Giannis has had to play at an even higher level. Despite the win, though, there are areas in which the Bucks can improve. Indeed, Milwaukee must improve in these areas in order to advance and repeat as Champions.

Grayson Allen was one of the Bucks’ best players in Games Three-Five of the opening round of the NBA Playoffs. In Game Three, Allen had 22 points on 8-12 shooting, which included 5-7 from three. In Game Four, he had 27 points on 10-12 shooting, including 6-7 from three. Throughout the course of the series, he averaged 13.0 points while shooting 60/58/75.

Now, obviously that level of hot shooting is difficult to keep up. To be fair, no one expected him to keep it up against Boston. However, the level of production that they are getting from him is not good enough. Through three games, Allen is averaging 5.3 points while shooting 40/30/33. In Game Three, Allen had 0 points, only attempted three shots, and had a +/- of -8. He also was inserted into the starting lineup, which makes this lack of production even more concerning. No one should expect him to shoot the way he did in Games Three and Four of the Bucks series. That being said, he needs to be better especially if he is going to be starting. 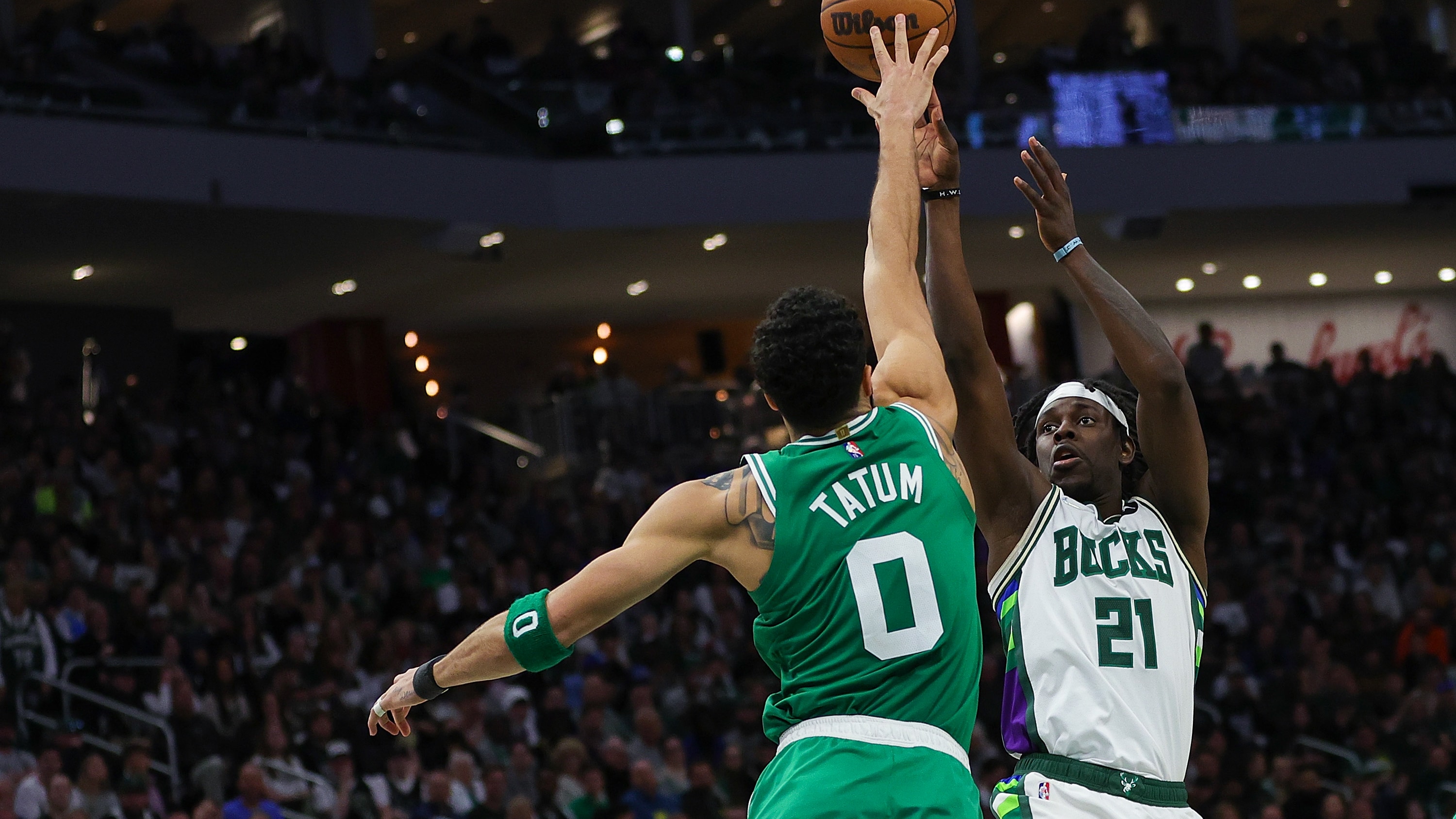 The Milwaukee Bucks won the game, but in no part was it thanks to their three-point shooting. In Game Three, the Bucks shot a combined 9/34 (26/5%) from three. Here is how that broke down among the players who received playing time:

There are a couple of things to emphasize here. First, Brook Lopez has not even attempted a three point shot in the last two games. The Bucks lost Game Two and barely pulled out Game Three. Lopez may have missed all but 13 games this season, but when he came back he shot 35% from three. He is, without a doubt, one of the most underrated players on the team. Milwaukee needs to create these shots for him.

Grayson Allen’s shooting struggles have already been addressed, but the rest of the Bucks’ role players need to be able to make their three point shots. They were fortunate the Celtics were just as bad from three (9-33), or else the game would have gone the other way.

The referees in Game Three were, in a word, inconsistent. Both sides came away from the game angry about the officiating, though the Bucks certainly had a better reason to be upset. That being said, all Bucks starters except Jrue Holiday had four fouls. Holiday had three. Off the bench, Bobby Portis and Pat Connaughton each had three fouls. George Hill had one. Jevon Carter did not play long enough to commit a foul (or at least have one called on him).

Of course, the officials may play some role in this as there were many questionable calls for both sides in Game Three. However, the Bucks need to figure out how to keep their star players (namely Giannis) out of foul trouble. Boston attempted 34 free throws in Game Three, making 28 of them. Those missed free throws cost them the game. Milwaukee cannot allow that to happen again.