Bucks Look For Bounce Back Win in Charlotte The Milwaukee Bucks dropped another game after leading late against the Atlanta Hawks.  Tonight, they will take on the Charlotte Hornets in the first game of a nine-game road trip.  This trip includes two-straight games against the Eastern Conference leading Brooklyn Nets.  The Bucks currently are in third in the East, 3.5 games behind the Nets.  The Hornets, 30-30, are currently holding onto the eighth seed. 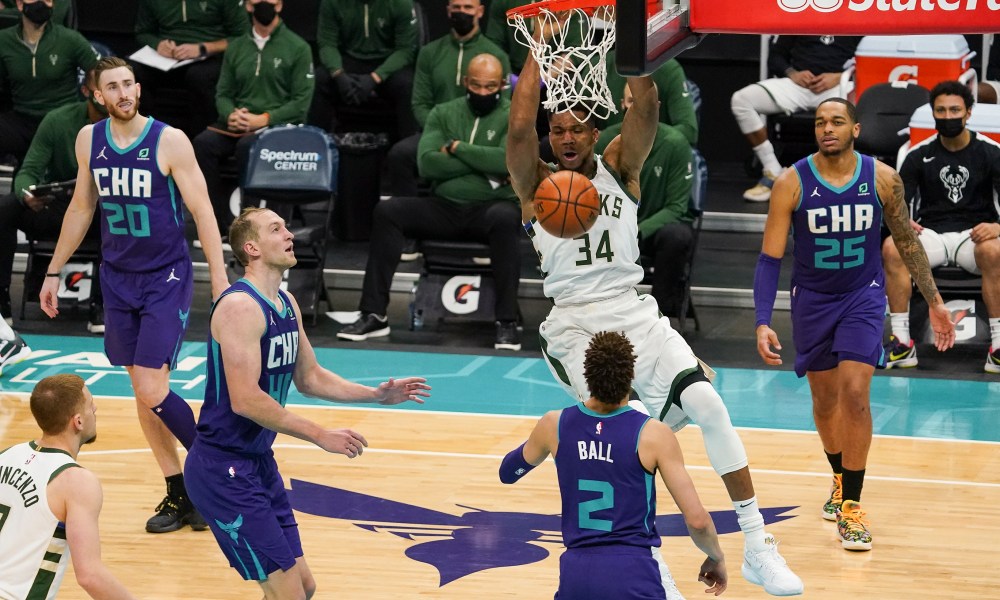 The Charlotte Hornets have already won the season series against the Milwaukee Bucks.  In their first meeting, the Hornets defeated the Bucks 126-114 behind 27 points from LaMelo Ball.  In the loss, Giannis Antetokounmpo had 34 points, 18 rebounds, and nine assists.

The Hornets defeated the Bucks 127-119 in the second game that the two games played.  In that game, three Hornets starters scored 20 or more points.  This was also a game in which none of the Bucks’ starters did played.  They were led in scoring by Jordan Nwora, who had 24 points.  Bobby Portis started at center and had 10 points and 13 rebounds.

Giannis Antetokounmpo nearly had a triple double the last time he played against the Hornets.  Jrue Holiday has put together an impressive run, leading many to consider him the Bucks’ second option behind Giannis.

Bryn Forbes is listed as day-to-day with a thigh injury, but is expected to be available.  PJ Tucker (ankle) and Rodions Kurucs (bicep) are listed as out for tonight’s game.

The Hornets team that the Bucks will be facing tonight is very different than the team they have played previously.  LaMelo Ball, Malik Monk, and Gordon Hayward are all out.