After over 20 years since his playing career ended, LeRoy Butler has finally been chosen for induction into the Hall of Fame. After being snubbed in favor of John Lynch last year, Butler joins his former teammates Brett Favre and Reggie White (along with Ron Wolf) in Canton. Butler’s induction will give the Green Bay Packers 28 Hall of Famers in their storied history.

Inventor of the Lambeau Leap 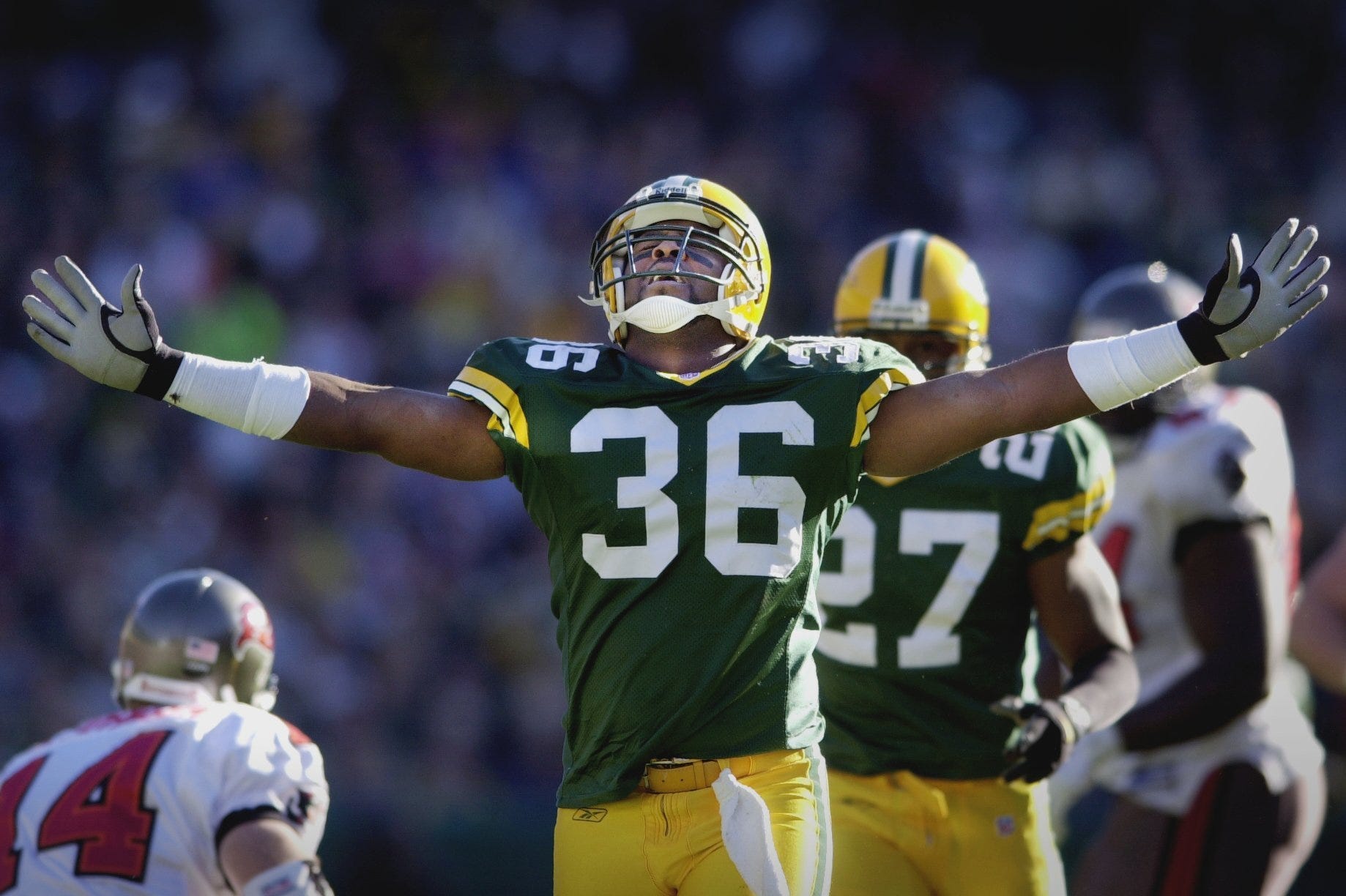 Very few celebrations in sports are as iconic as the famous Lambeau Leap. After scoring a touchdown, whichever Packers’ player scored leaps into the stands and the arms of adoring fans. This celebration was invented by LeRoy Butler in this famous play:

After recovering a fumble, Reggie White pitched the ball to a running Butler who scored and jumped into the stands. The rest, as they say, is history.

The Hall of Fame Career of LeRoy Butler

LeRoy Butler was drafted in the second round (48th overall) by the Packers in 1990). Over the course of his 12-year career, Butler was named to four Pro Bowls, a First Team All Pro four times, and was a honored as member of the NFL’s 1990’s team.

Out of a possible 192 career regular season games, Butler played in 181 and started 165. He accumulated 889 total tackles, 20.5 sacks, and 38 interceptions. Additionally, he forced 13 fumbles while also recovering 10.

Perhaps most importantly, LeRoy Butler was instrumental in leading the Green Bay Packers defense when the team won Super Bowl XXXI. Ever since his playing career ended, Butler has been a mainstay in Wisconsin and Wisconsin Sports radio.

Even though it was taken far too long, at least LeRoy Butler is finally where he belongs: in the Hall of Fame.