Aaron Rodgers and the Green Bay Packers will take on the Detroit Lions in Week 18.  It was just announced that the game was flexed to Sunday Night Football.  Aaron Rodgers was seen sporting a new look after the Packers dominated the Minnesota Vikings on Sunday.  His new look is similar to the same look he had in 2010 when the Packers won the Super Bowl.  This had fans going crazy on social media.

The below picture was during Aaron Rodgers’ post-game interview on Sunday: 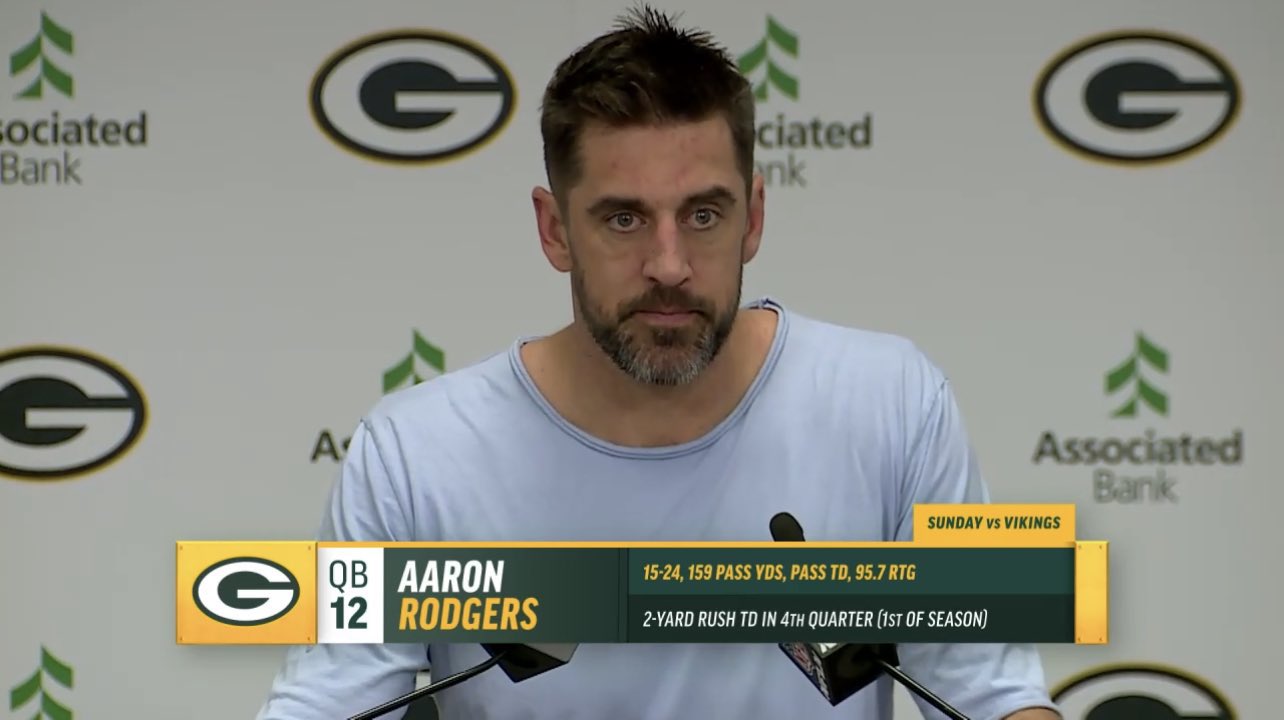 His new haircut is very similar to the look he sported in 2010:

This had fans reacting as you would suspect on Twitter:

Aaron Rodgers has the same haircut as 2011 and he’s wearing his Super Bowl ring in his interview from yesterday pic.twitter.com/Yi9Y3Mvb3p

@AaronRodgers12 that haircut takes at least 15 years off what you had before! Great choice! Go Pack Go!

Aaron Rodgers has sported many different haircuts over the last few years, this one has by far been the favorite from fans.  It helps that his look resembles 2010 when Green Bay took home the Lombardi Trophy against the Pittsburgh Steelers.  When it comes to on field play, however, the haircut won’t do much.  The Detroit Lions and Green Bay Packers will play the final game of Week 18, and it will be a big one.  Lions-Packers on SNF means Detroit will know before kickoff if they have a chance at making the playoffs. A Seattle wins eliminates Detroit and they’ll only be playing to try to ruin Green Bay’s season. A Seattle loss means Detroit and Green Bay go at it for the final spot.  This will be the biggest game in the Packers-Lions rivalry of recent memory.