Aaron Rodgers and the Green Bay Packers are in unfamiliar territory this season. After three straight 13-win seasons, who would have imagined that the Packers would have a 4-8 record to their name?

Rodgers has been struggling this season. He’s thrown nine interceptions, which equals the amount from his two previous seasons combined. In addition, his QBR is 41, which ranks him 27th in the league. With Rodgers’ decline in production, is it possible that we could see backup QB Jordan Love get a chance to start soon?

Possibility Of Aaron Rodgers Getting Benched For Jordan Love 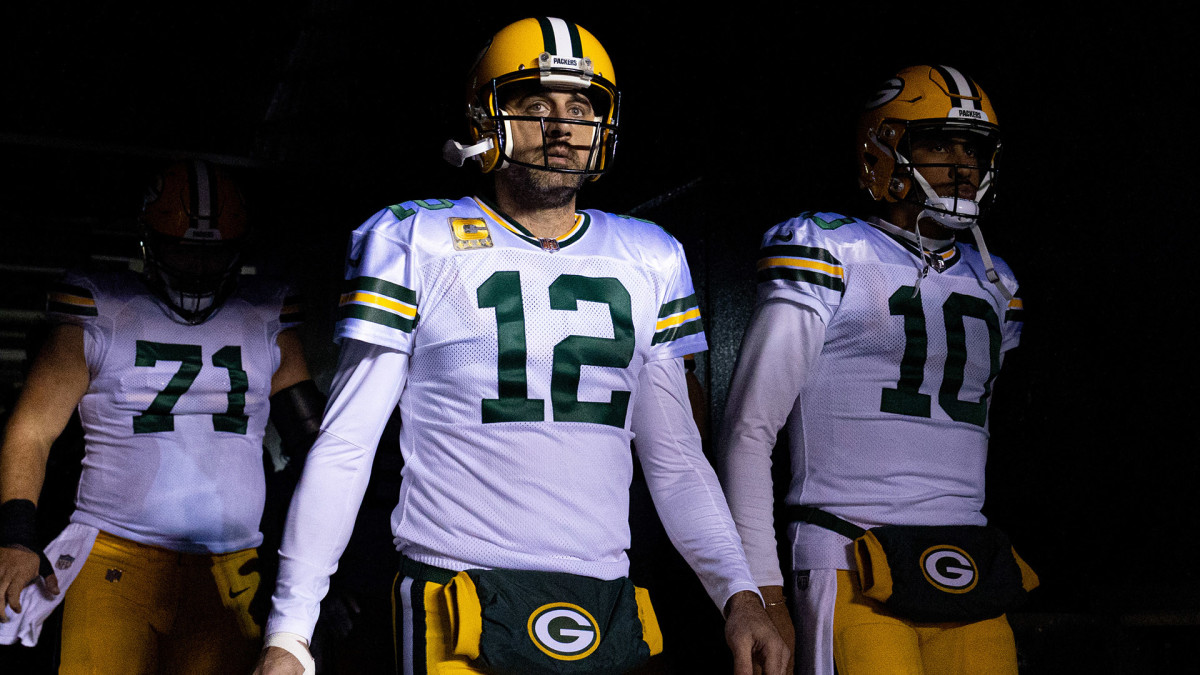 When you’re the reigning back-to-back MVP like Rodgers, expectations will always be high. That’s why his drop off has been so shocking, we are used to seeing Rodgers dominate the NFL.

However, Rodgers has been dealing with multiple injuries in 2022. He broke his thumb in Week 5 against the Giants, and also had to exit the Packers’ most recent game against the Eagles with a rib injury.

Love did get to play in the fourth quarter against the Eagles after Rodgers went down with an injury. He looked impressive, completing six of nine passes for 113 yards and one touchdown.

“It was nice to watch,” Rodgers said of Love’s performance during the Pat McAfee Show this week. “I feel like an older brother watching him do well. I care about the kid a lot. Fun to see his growth. Fun to just see him just kind of relaxing out there. Once you can make a few plays, it kind of takes the anxiety out of the body and the tension out of the body. To see him make accurate throws and do what he’s been doing, it’s been fun to watch.”