Aaron Rodgers and the Green Bay Packers season has not gone to plan to say the least. After starting 3-1, things were looking promising. However, after the hot start, the Packers lost five games in a row.

You can point fingers in many directions as to why the Packers are underperforming this year. Regardless of who you think is at fault, injuries suffered by Packers players have been one of the leading factors for the 4-8 record Green Bay currently holds. 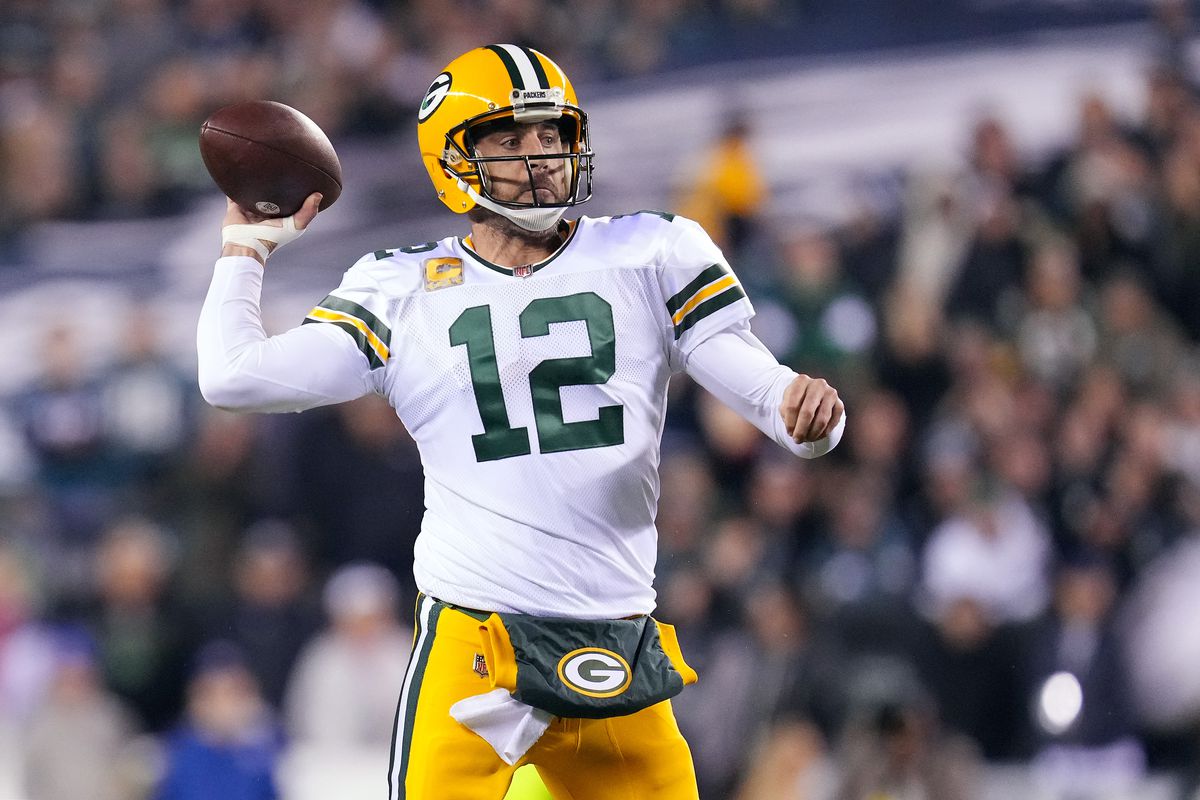 Before Green Bay’s matchup against the Philadelphia Eagles on Sunday, 18 players were listed on the Packers’ injury report. One of those players was Aaron Rodgers

Aaron Rodgers suffered a broken right thumb in Week 5 against the New York Giants. Rodgers finally admitted he’d been playing with a broken thumb on Wednesday, keeping it a secret until then.

During the Packers game on Sunday against the Eagles, Rodgers exited the game. This time it wasn’t his thumb that was the issue, it was his ribs. After an awkward tackle in the third quarter, Rodgers eventually had to leave the game with what was initially feared to be a punctured lung.

At the moment, it is uncertain how long the injury will keep Rodgers out for. However, after the game, Rodgers said, “As long as I check out fine tomorrow, I’ll expect to play this weekend. I might not be able to go Wednesday, but as long as there’s no major structural damage, I’ll go back out there.”

Rodgers has been heavily criticized all season for his sub-par play. Now, it seems like fans and analysts are changing their tone and praising him for his toughness.

For whatever criticisms I've had of Aaron Rodgers, this has never been one. He's played through all sorts of injuries and played better than most QBs would healthy. https://t.co/09JrXNN577

Aaron Rodgers is tough as hell. Don't care what you think about him. He's Favre-level tough.

Aaron Rodgers is that guy. Dude is tough as nails. Not the season the Packers wanted but the guy is leaving it on the field. #GoPackGo

Man @AaronRodgers12 in some pain out there man this dude tough as hell man always has been ! I respect that

Despite Rodgers taking a step back statistically this season, you have to admire his resiliency. Do you think Rodgers should try to play through his injuries, or should Jordan Love get a chance to start for the Packers?