Wisconsin takes on Washington State in Week 2: What Will Change? Braelon Allen and the 18th ranked Badgers took care of business against Illinois State in Week 1, beating the Redbirds 38-0. The Badgers could do no wrong it seemed, as they outgained the Redbirds by 200 yards and snagged two turnovers.  Allen and the running game carried the offense and the pass rush got home and collected three sacks, but both the pass offense and defense looked impressive.

The Washington State Cougars took on the Idaho Vandals to kick off their 2022 campaign.  After going 7-6 last season, WSU is looking to bounce back and compete for a spot in the PAC-12 championship. It started rocky after WSU found themselves down 10-0 after the first quarter, but the Cougars found their rhythm going on a 24-7 run and holding on to win 24-17. Incarnate Word transfer QB Cameron Ward lead the way for the Cougars, slinging 3 TD passes and added a 17 yard run.

The Cougars defense clamped up after the first quarter and turned in a very impressive performance.  The Cougars allowed 62 yards on the ground and 212 through the air. Where the defense really made their mark was with the pass rush.  Cougar pass rushers collected 7 sacks and put pressure on the Vandals on 3rd down, where they converted just 4 of 17 attempts.

Washington State will be a jump in competition from Illinois State, but will the gamelan stay the same?

Has Graham Mertz taken the leap? 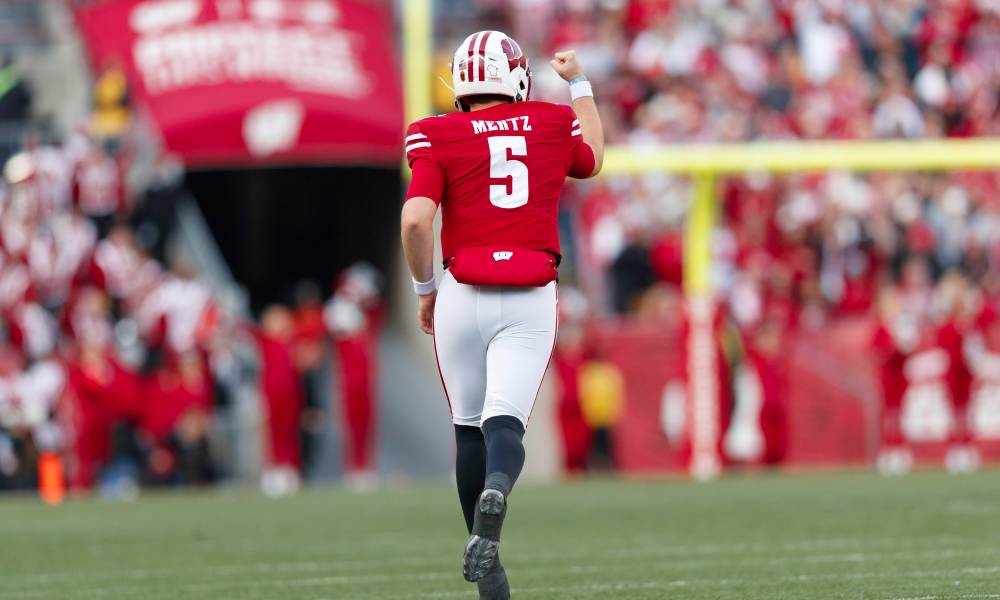 Graham Mertz had a disappointing 2021 where he passed for under 2,000 yards and completed under 60% of his passes.  The junior passer has started the last 21 games for the Badgers and he might have had his best game yet.  Mertz passed the ball 16 times in the dominate win, completing 14 passes for 219 yards and 1 touchdown. While the numbers might not be impressive on the surface, but what’s beyond the numbers is what could be important for Mertz going forward.

Mertz had only two times in his career where he had attempted at least 15 passes and completed 80% or more. Offensive Coordinator Bobby Engram comes to the Badgers with NFL experience and showed it off with some NFL passing plays. It was clear that Mertz looked more comfortable in the pocket and the Badgers had even came out in three receiver sets and displayed a couple of interesting route concepts.  Being in the shotgun allows Mertz to have a little extra time and more opportunities for bigger pass plays. Engram wants to run the ball at his core, but if Mertz continues to develop, it could become a valuable part of the offense come Big Ten play.

Is Wisconsin poised for another top 10 defense? Under Jim Leonhard, the Badgers have ranked near the top of the nation in most defensive category’s.  Wisconsin gave up 13 first downs a game in 2021, they allowed 13 in their win against ISU.  The run defense bottled up the Redbirds running backs, allowing 57 yards.  The pass defense locked down Redbird receivers, allowing 186 yards and picking off 2 passes, including one for a touchdown.

Wisconsin should be able to get home and sack the QB with their superior pass rush and improved secondary. Herbig came out swinging with got 2 sacks in Week 1 and safety’s Hunter Wohler and John Torchio combined for 6 tackles, 1 sack, and a pick six between the tow of them and proved to be a promising duo throughout the season.  We know that Wisconsin will be able to play good defense, but the real question is, will they keep up the dominance? 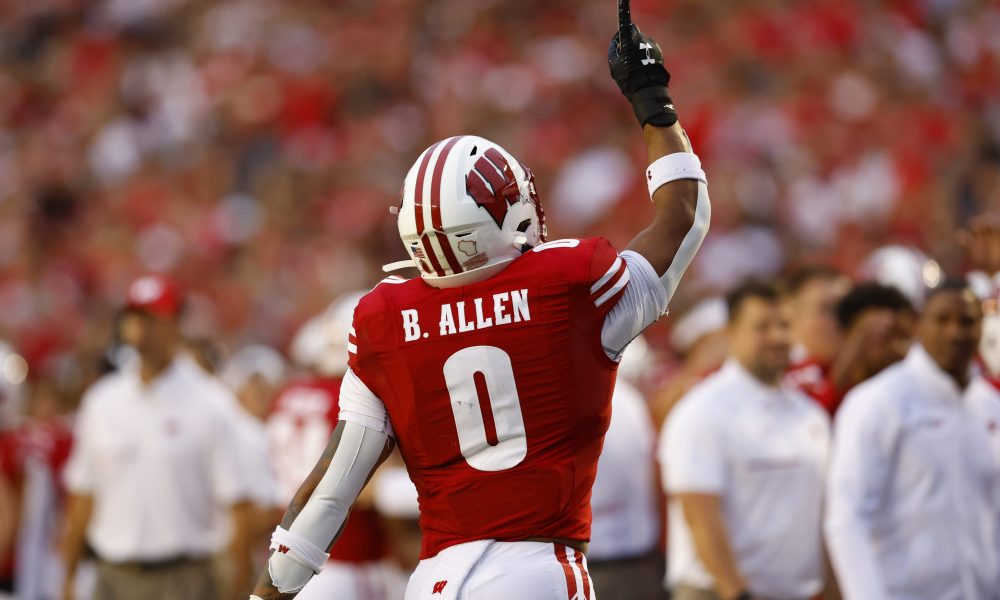 Wisconsin opens up as 17.5 point favorites and should command the game from the start, especially at home.  Braelon Allen has proved that he is arguably the best back in the nation and should be expected to get near 20 carries a game and Saturday should be business as usual.  250 yards on the ground could be a real possibility for this running attack.  They got out early in Week 1 and ran the clock, not allowing for more plays.  WSU is a better team than ISU and probably won’t be down big enough to have to run the clock on.

When it comes to the passing game, do the same thing in Week 1.  Keep Mertz clean and get on a roll early with simple passes, leading to down the field passes.  Mertz seems more confident this season and could take that next leap.

For the defense, 2 sacks and an interception should be the goal.  A secondary goal should be to find a No. 2 pass rusher along side of Herbig so he doesn’t have to carry the majority of the load.  Keeping WSU to under 350 yards of offense and less than 100 on the ground should be in the cards and give this defense even more confidence.