Three Players the Brewers Should Leave Off of the Playoff Roster The Milwaukee Brewers have clinched their fourth consecutive playoff berth following a 6-4 win over the Chicago Cubs on Saturday night. As the Milwaukee prepares for a World Series run, tough decisions will have to be made regarding the roster. In order to win it all, the Brewers, of course, need to put their best players on the field. In order to do so, there will be members of their current active roster who will not make the postseason roster. 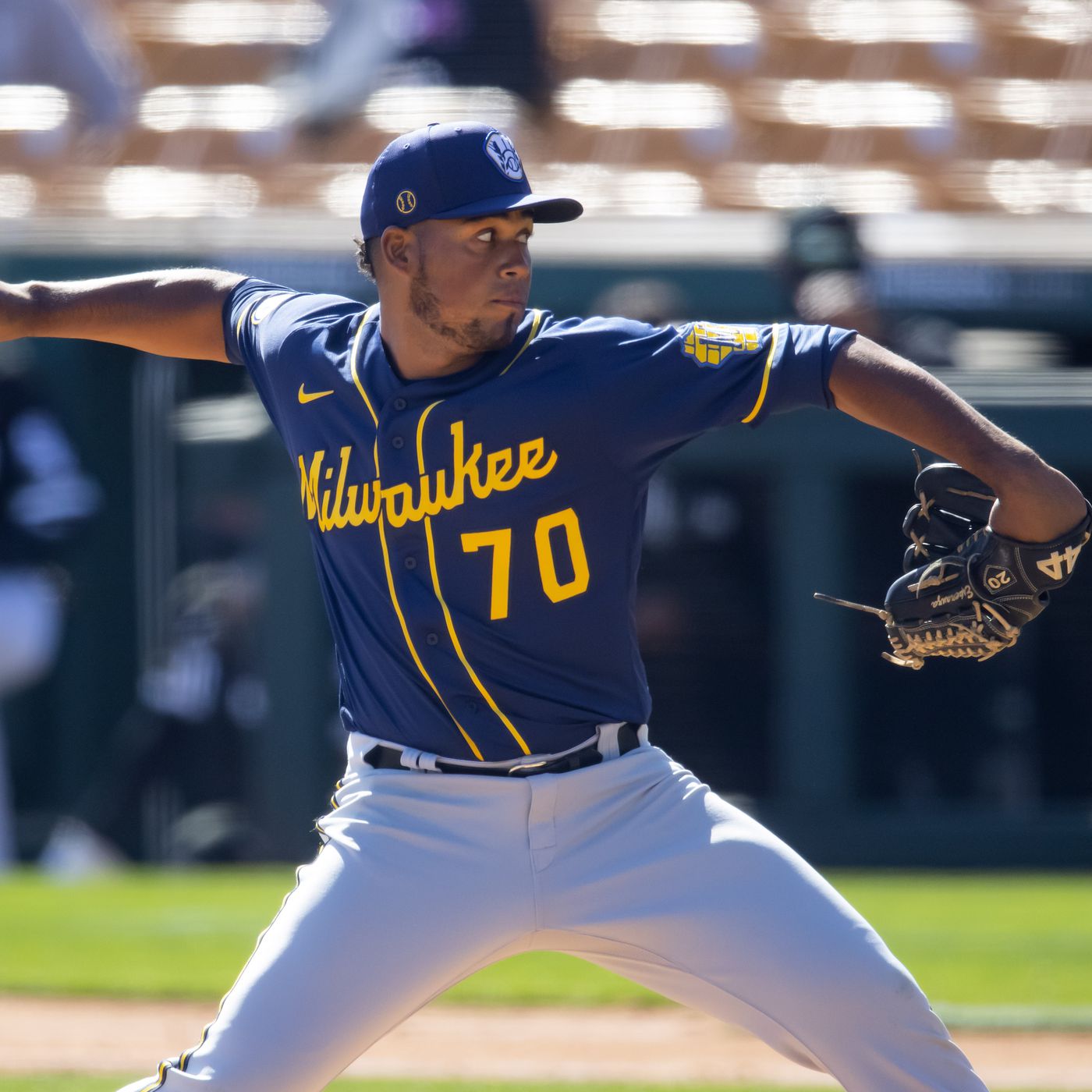 The Milwaukee Brewers may have the best bullpen in all of baseball. All season long, it seems as if multiple players have been absolutely lights out when called upon. Unfortunately for Miguel Sanchez, there are just too many good arms in front of him.

Josh Hader, Devin Williams, Hunter Strickland, Jake Cousins, Brad Boxberger, and Brent Suter are all but locks for the postseason. Aaron Ashby, Eric Lauer, and Adrian Houser, too, all have great cases to be added. That just does not leave much room for Sanchez, who is 2-0 with a 3.91 ERA and 1.52 WHIP. While his numbers are not terrible, they just may not be good enough to get him onto the postseason roster.

Daniel Stearns, the Brewers’ wizard in the front office, and Matt Arnold, the general manger, have done a fantastic job building this roster. This season, they made some significant trades to land players that have helped Milwaukee get to this point. Willy Adames, Rowdy Tellez, and Eduardo Escobar have all become immense fan favorites.

Unfortunately, one of those trades has just not worked out. Daniel Norris is a left-handed pitcher who the Brewers got from Detroit at the trade deadline. At the time of the trade, Norris was 1-3 with a 5.89 ERA and 1.45 WHIP. The hope was that a change of scenery was what Norris needed. However, that is not how it worked out. Since the trade, Norris is 1-0 with a 6.75 ERA and 1.71 WHIP. The choice to leave Miguel Sanchez off the postseason roster may be difficult, but this one is not. Norris a great person and an interesting character, but he should not be on the Brewers’ postseason roster.

Speaking of moves that just did not work out, the Brewers may be in a position where they have to leave Jackie Bradley Jr. off of their postseason roster. Milwaukee signed JBJ to a two-year $24 million this offseason, but he has not come close to living up to that contract. As the season winds down, JBJ is hitting .163/.236/.266 with six home runs and 29 RBI.

In addition to his horrid slash line, JBJ has struck out 124 times in just 368 at bats. When he is at the plate, chances are good that he will not even make contact. There is something to be said for his defense, though, as he remains one of the best defensive outfielders on the team. This, however, cannot make up for his lack of offense, especially in the playoffs. With Tyrone Taylor coming back from injury soon and Jace Peterson able to play the corner outfield spots, it would be wise to leave JBJ off the postseason roster.